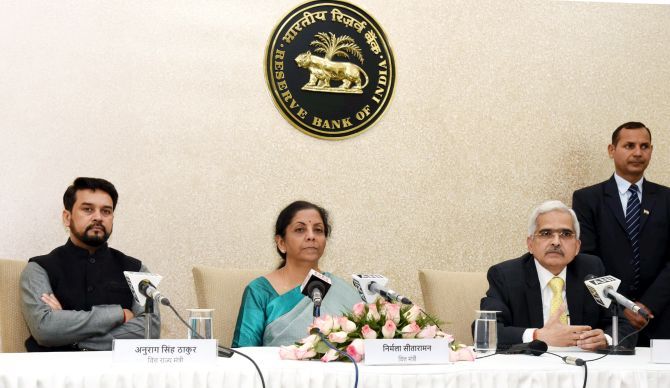 IMAGE: Finance Minister Nirmala Sitharaman, centre, flanked to her right by Minister of State for Finance Anurag Thakur and on her left by Reserve Bank of India Governor Shaktikanta Das. Photograph: ANI Photo

Will the clamour for privatising public sector banks stop now that Yes Bank, a private bank run by 'professionals', faced setbacks due to reported mismanagement?

Was it a good idea for the government to ask the largest public sector bank, the State Bank of India, to take over Yes Bank?

Who is to be blamed for the collapse of some private sector banks when you have a Reserve Bank of India monitoring all the banks in India?

"Government banks are like Nilkant Mahadev; they have to swallow the poison that is private sector banks. We cannot swallow it, but we will keep it in our throat," C H Venkatachalam, general secretary, All India Bank Employees Association, tells Rediff.com's Shobha Warrier. The first of a two part interview:

When the NPA crisis at public sector banks came to light, there was talk of privatising all public sector banks to solve the crisis.
With the problems confronting a large private bank like Yes Bank with over 1,000 branches all over India, do you think the talk will subside?

They will not stop talking about privatisation of public sector banks.

The propaganda will continue that the public sector is inefficient and the private sector is efficient. But it is getting exposed repeatedly.

Look at what happened to Global Trust bank. We also saw the problems at ICICI Bank. Now, everybody knows what the head of the bank who was given a Padma Bhushan has done. And now, Yes Bank.

It is not just the failure of the bank, it is misuse of people's money.

Just like the propaganda for privatisation, corporates taking loans from banks and defaulting will also continue.

With this, do you think people will start trusting public sector banks more than private sector banks?

I remember you telling me that in 1960, when T T Krishnamachari was finance minister, after the AIBEA president raised the issue of private banks collapsing, Section 45 of the Banking Regulation Act was added as a special amendment so that governments can tell the RBI to close the bank and merge it with another bank.
So, according to you, is the government asking the State Bank of India to take over Yes Bank a good decision?

Even if the public sector bank loses some money while taking over Yes Bank, ultimately people and their money are important.

That's why we always say that government banks are like Nilkant Mahadev; they have to swallow the poison that is the private sector banks. We cannot swallow it, but we will keep it in our throat.

The SBI has put in around Rs 7,500 crores which is tax-payers's money in a private bank that was reportedly mismanaged...

We can't help it. Who else will save the bank and people's money? It is to protect people's money that the SBI had to put in Rs 7,500 crores in a private bank that has failed miserably.

It may look odd, but it is essential. Because SBI has stepped in, some other banks are also adding some money.

I am of the opinion that government banks have the responsibility of safeguarding people's money. That's why we welcome the move.

We will go on to say that all private banks should be nationalised.

Would you say the safety of people's money lies in nationalisation and not privatisation?

This is the appropriate time to nationalise all private banks. One by one, we are seeing these private banks taking people's money and mismanaging it.

In the last 30 years, 30 private banks have collapsed.

Indira Gandhi was right in nationalising all banks.

Our demand is, nationalise all the banks in our country so that people's money is safe.

Secondly, when the economy is in a bad condition, and to revive the economy we have to create demand. There is no demand in the country right now so, there is no development.

To create demand, banks should give more loans to people so that they have the money to spend.

The private banks will give loans only where they see profit. But the government can give loans where demand is possible.

So, not only for safeguarding the deposits of the people, but to give more loan to revive the economy, public sector banks are important.

From any angle, it is very, very necessary to nationalise all private banks.

Do you feel the government should not give licences to start any private bank?

In fact, they are trying to do much more dangerous things. All types of people are opening small finance banks.

Should the collapse of Yes Bank started by a well regarded banker and run by professionals, be an eye-opener for the government?

Definitely. The Yes Bank collapse is a big eye-opener. The government must stop believing that the private sector is very efficient.

What they should do is bring in professionalism in the public banking system. Instead, they are interfering in the functioning of public sector banks.

For example, the government should help public sector banks to recover bad loans. Now, the emphasis has changed from recovery to resolution.

With the introduction of the Insolvency Bankruptcy Code, the priority is to resolve and not recover.

Banks have given money to people like (Vijay) Mallya and Nirav Modi and they have not given back the money. But the government says you resolve the issue.

Now all the corporate defaulters are going to the tribunal, and instead of helping banks recover the money, it is getting resolved.

What is the result of this resolution according to the IBC? It results in banks losing money.

For example, public sector banks have given Rs 56,000 crores to Bhushan Power and Steel Ltd. It is a wilful defaulter and the government should have taken action against the firm. But it was referred to a resolution court and the court resolved it by giving that loan to Tata for Rs 35,000 crores.

So, by resolution, banks are losing money.

Another glaring example is Alok Industries, a textile manufacturing company. Banks had given a loan of Rs 30,000 crores. Instead of taking action, it was asked to resolve the problem.

Reliance came in the picture and said they would take over for a loan of Rs 5,000 crores. But banks do not want to accept this too low an offer.

Then, it went to voting among the lenders. 72% was in favour of a resolution and 28% did not agree for the amount. 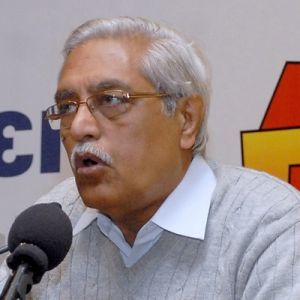 As per the IBC law, only if 75% of the people vote in favour of a resolution, should it go through. So, it did not go through and was referred to the government.

What did the Modi government do? Overnight, they brought in an ordinance reducing the number from 75% to 66%.

What will happen how? Rs 30,000 crore given to Alok Industries will be given to Reliance for Rs 5,000 crores.

That's why we say that this government is helping only the corporates instead of helping the banks with more stringent laws to recover the money.

Earlier, if the banks had a profit of Rs 1,000 crores and lost Rs 200 crores as bad loans, they still had Rs 800 crores. Today, the entire profit of banks is wiped out by bad loans.

In March 2019, all public sector banks put together made a record operating profit of Rs 150,000 crores. But because of the sacrifice and bad loans to corporates, banks had Rs 216,000 as bad loans.

You are penalising poor people and giving concessions at the top level.

Is this democratic? Banking democracy means banking services and benefit for the majority of people. What is happening is, a few people are enjoying and majority are suffering. 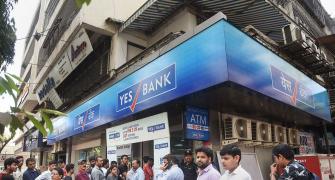 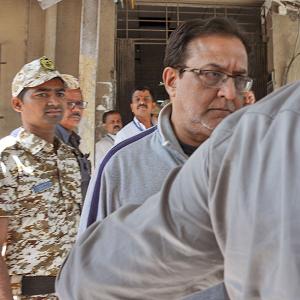