News
Business
Movies
Sports
Cricket
Get Ahead
Money Tips
Shopping
Sign in  |  Create a Rediffmail account
Rediff.com  » Business » Should we be afraid of corporates entering banking?

If indeed the gate opens for big industrial houses, the RBI needs to be smarter than them and demonstrate it through action, not reaction, observes Tamal Bandyopadhyay. 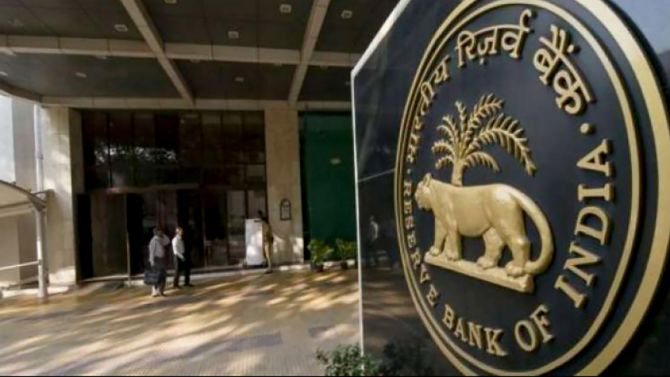 The train has left the station. That's how a senior banker describes the report of the Reserve Bank of India's internal working group on ownership norms and corporate structure of private sector banks.

The group has recommended, among a few other things, the entry of large corporate houses into the banking turf, with a couple of caveats. This banker expects a few large corporations from western India in the business of banking soon.

Why is he saying so? Is he privy to something the rest of us are not?

With a straight face, he says when a majority of the members of the group opposed the move, how then could it get into the report?

This is one extreme view. The other is: This is not an RBI report. Should we take this so seriously?

For all you know, this recommendation may not get the RBI nod. Or, we may even see an external committee being appointed to take the final call.

Also, so what if large industrial houses are allowed to float banks?

The 2013 licensing norms didn't oppose their entry; around two dozen corporate houses joined the queue of licence-seekers, but the RBI did not find any one of them 'fit and proper' to float a bank. Two of them withdrew their application even before the regulator picked the right candidates.

One of the inhibiting factors was the structure -- the bank needed to be held through a non-operative financial holding company (NOFHC).

Later, when the banking regulator sought applications for small finance banks, corporations were not allowed to enter the arena.

The working group wants to reverse this and open the banking gate for large industrial houses. Even if the final report sticks to it, is there any guarantee that the RBI will find some of them 'fit and proper' for this business?

Why is everybody against corporate entry into banking?

Globally, there is no consensus on this. Many electronic goods makers run banks in Japan; a few retail chains do so in the UK; but it's a strict no-no in the US.

While India needs more banks and large industrial houses have deep pockets to dive into the business, most don't want to see them doing so purely because of governance issues.

Many large companies are highly leveraged and the few that are not do not necessarily inspire confidence when it comes to governance.

Some have misused the banking system. Can they be trusted with the depositors' money?

One of them is the amendment of the Banking Regulations Act to deal with connected lending and exposures between the banks and other financial and non-financial group entities.

Currently, Section 20 of the Act prohibits banks from granting any loan or advance to any of its directors. An amendment can bring in the right props to prevent the misuse of money through the so-called connected lending. The NOFHC structure will also come in handy for the RBI to keep a close tab on the entire group and its activities.

The second precondition is strengthening RBI's supervisory mechanism for large conglomerates, including consolidated supervision. It also suggests that the banking regulator may examine the necessary legal provisions to equip itself for the task.

Who will certify that the RBI is up to it?

In 2018 and 2019, on three occasions, it issued releases saying the Indian banking system is safe -- something unprecedented in the history of Indian banking. It had to do so because there had been problems in commercial banks, cooperative banks and non-banking financial companies, which threatened financial stability.

To be fair to the RBI, it found solutions for most troubled institutions, but the fact that they were allowed to degenerate into such a sorry state doesn't speak well about RBI's supervisory acumen.

At least one large industrial house, which had applied for a banking licence in 2013, raised money from the public through its NBFC arm and diverted funds to different group companies.

Many of the suggestions of the working group are progressive and aimed at ironing out past policy inconsistencies, but the spotlight has been on the corporate entry into banking.

If indeed the gate opens for big industrial houses, the RBI needs to be smarter than them and demonstrate it through action, not reaction.