News
Business
Movies
Sports
Cricket
Get Ahead
Money Tips
Shopping
Sign in  |  Create a Rediffmail account
Rediff.com  » Business » Is Yes Bank out of the woods?

'Infusion of fresh capital, handsome growth in deposits and focus on recovery should bring Yes Bank back on the growth path in the next financial year,' observes Tamal Bandyopodhyay. For any banker worth his salt, being at the helm of Yes Bank Ltd in March 2020 would have been a hair-raising exercise.

Not for Prashant Kumar.

For two reasons: One, he was psyched for the assignment; and, two, he is bald!

On a serious note, rehabilitating Yes Bank is the most challenging job in Indian banking space at the moment.

There has been another recent instance of a bank being to hell and back, steered by its new CEO, but the size of that bank is much smaller.

Saving a bank is a more strenuous job than setting up a new one as one needs to rebuild a business already created and almost destroyed without much freedom of choosing a business model and the people.

No wonder then Kumar, former chief financial officer and deputy managing director, State Bank of India, has not bunked office for a single day since March 6, even in the COVID-19 pandemic time, after a bunch of SBI-led lenders walked into the near-insolvent Yes Bank in a unique rescue operation.

In six months, between September 2019 and March 2020, Yes Bank had seen nearly 50 per cent outflow from its deposit portfolio -- reduced from Rs 2.09 trillion to Rs 1.05 trillion, after losing around 8 per cent in the previous six months.

During this period, its loan book had shrunk almost 24 per cent, after 7 per cent shrinkage in the previous six months.

The gross bad loan pile rose to 18.87 per cent by December; the net bad loans were 5.97 per cent of the loan book.

Since then, between April and September 2020, there has been a 29 per cent growth in the deposit portfolio to Rs 1.36 trillion, signalling the return of customer confidence, even as the loan book continued to shrink, albeit at a much slower pace.

By September, there has been a decline in the percentage of gross and net bad loans -- to 16.9 per cent and 4.71 per cent, respectively.

The bank bounced back to black the very next quarter with a Rs 114 crore profit, but another Rs 600 crore loss followed in September and it was left to Kumar to announce the mother of all losses, Rs 18,560 crore for the December quarter, in less than a week after he took over.

The contributing factor to the loss was a Rs 24,760 crore provision for bad loans -- around 12 per cent of its advance portfolio then.

Kumar entered the corner room with a broom.

Aggressive provisioning in the next three quarters have since taken the total provision to around Rs 32,000 crore.

The sudden rise in bad loans is related to the surge in the bank's loan book in six months between September 2017 and March 2018.

Then CEO and MD, and the bank's promoter, Rana Kapoor's term was to end on September 1.

The June annual general meeting approved his reappointment, but the Reserve Bank of India allowed him to be in the saddle just for four months till January 2019.

It is difficult to explain why in the six months to March 2018, the bank's loan book swelled 37 per cent.

Did Kapoor have a hunch that he would not be allowed to continue? I understand that before writing the formal letter, the RBI did informally sound out the bank in April that Kapoor would not be granted another term; it was even discussed at the board.

Between April and September 2018, the loan book grew by another 18 per cent.

Knowing well that he would not be able to do so for long, Kapoor distributed money to whoever he wanted during this period.

This could not have been done had the board been alert.

The senior executives overseeing corporate banking red flagged the risk factors for almost every transaction, but that didn't deter Kapoor from going ahead and disbursing such loans, with the blessings of the board.

With most sanctions, the bank booked 10-15 per cent upfront fees, many times more than the normal industry practice.

The audit committee of the board, and even the RBI inspectors, did not smell a rat.

After charging such hefty fees, the bank actually disbursed Rs 90-85 for every Rs 100 loan, that too at a very high interest rate.

Which company would go for such loans unless they know for sure that the money is there for keeps?

How has the bank's journey been under Kumar? Roughly Rs 40,000 crore, or more than one-fifth of the current loan book, is stressed.

Not all money was given to defaulting companies as loan; part of it flowed into them in the form of bonds (investment for the bank).

About 75 per cent of the bad loans and investments have been provided for.

It plans to sell its bad loans to an asset reconstruction company, majority owned by itself.

To complete the cleanup exercise, it would need another Rs 10,000 crore provisioning.

The operating profit for the year (which could be Rs 4,500-Rs 5,000 crore) and recovery will take care of most of it.

The shortfall can be managed drawing from the capital, raised this year.

The bank is in no mood to give kid-glove treatment to any of its high-profile defaulting borrowers.

It is literally hounding them for recovery.

The possession of the ADGA Group's corporate building in Mumbai and putting Essel Group's properties on auction send the signal.

The recovery, Rs 300 crore in June, jumped three-fold in the September quarter.

Meanwhile, it is changing the mix of the loan portfolio, raising the retail and MSME loans from 45 per cent of the loan book to 60 per cent.

This segment could grow 20 per cent this year compared with single-digit growth in corporate loans.

The focus is on vehicle loans, loans against property and shares.

While advances shrank in the April-September period, the deposits rose by 29 per cent.

Over one-fourth of its deposits are the no-cost current and relatively low-cost savings accounts.

Indeed, the bad loans can grow as much as by 15 per cent from the current level, primarily in the real estate, hospitality and air travel-related sectors (to which the bank historically has high exposure) because of the pandemic, but there seems to be no skeleton left in its cupboard.

Infusion of fresh capital, handsome growth in deposits and focus on recovery, along with the tax advantages that typically a loss-making entity enjoys should bring Yes Bank back on the growth path in the next financial year beginning April 2021, justifying its entry into the MSCI Global Standard Index in November. 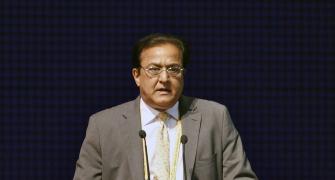