News
Business
Movies
Sports
Cricket
Get Ahead
Money Tips
Shopping
Sign in  |  Create a Rediffmail account
Rediff.com  » Business » Why we should not blindly trust the US dollar

The fact that the US dollar has become the world’s preferred reserve currency is now the core of global financial crisis, says Mohan Guruswamy. 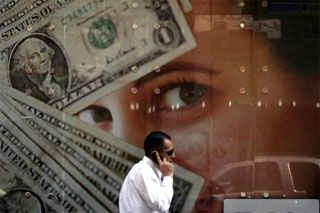 Image: The US government and its even more profligate citizens have an apparently endless access to easy credit. Photograph: Amir Abdallah Dalsh/Reuters

Imagine living on an island as a part of a small group, each of whom is assigned a specific vocation and task. In this system one person makes clothes, another shoes, someone pots and pans, someone grows food and someone else prints money to facilitate the exchange of goods and services. So the shoemaker exchanges his goods with another for money and in turn pays with that money for food or whatever.

Since everybody in this system can produce as much as possible, the person who prints the money will be best off among all because he can buy whatever he wants and pay for it with his own money. Take this one step further, then. Producers who come to hold more paper than they need then start leaving it with the person who prints them to hold and lend. Expand this to a global scale and we pretty much have something similar to the world system. 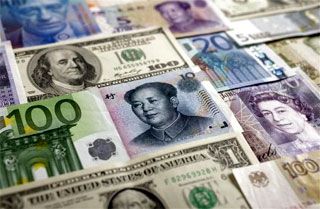 The total world reserves in 2014 Q2 was $12.00 trillion, of which 60.7 per cent was held in US dollars, 24.2 per cent in euros, four per cent in yen and 3.9 per cent in UK pounds. Since the reserves are mostly in US dollars and euros, the issuing countries have little reason to hold much as reserves. The USA’s total reserves amount to about $139 billion. Germany, France and the UK even less. Contrast this to India’s $298 billion and China’s $4055 billion.

This last figure will tell you how much China is invested in the US, and also how much leverage USA can exercise over China to ensure compliant behaviour. In 1995, advanced economies held around 67 per cent of the total foreign exchange reserves. By 2011, the picture had been flipped on its head: emerging and developing countries held 67 per cent of total reserves. Emerging countries now hold roughly $6.8 trillion in reserve currency.

Now let’s see how the system actually works. The emerging countries produce goods and services at the lowest costs for consumption in the US, which in turn pays them in dollars, which they in turn deposit in US banks. Give or take a little. Since money cannot sit still, this money in US banks is then lent to Americans, who today have the highest per capita indebtedness in the world, to splurge on houses, cars, HD TVs, computers and play stations, which they can often ill-afford. The cumulative debt of US households is now $11.4 trillion. Credit card debt alone of each US household is about $15000. There are 160 million credit cards in the US.

The irony is that this is well understood, but like the people who kept investing with Bernard Madoff, countries like China, Russia, Japan, Kuwait, India and others keep investing in US securities at interest rates mostly between 1-2 per cent. Thus, in effect the rest of the world was plying the US with cheap credit, encouraging it to splurge even more. Unfortunately there was and is no global regulator to caution the US on its profligacy or force it to mend its ways. There is also no global regulator who can ensure that countries like China balance their trade. Thus, it is US profligacy and Chinese surpluses parked in US banks that are the biggest cause of this dysfunction. 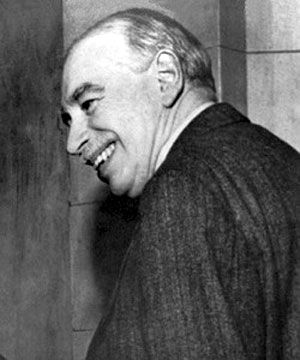 At the Bretton Woods Conference of July 1944 that took place under the fast receding shadow of WWII, Lord John Maynard Keynes (left) had in mind an elaborate scheme that called for the establishment of an international reserve currency. But this had to be shelved in the face of American obduracy. Keynes's proposals would have established a world reserve currency called "Bancor" to be administered by a international Central Bank.

This Central Bank would have been vested with the responsibility of creating money and with the authority to take actions on a much larger scale. In case of balance of payments imbalances, Keynes recommended that countries with payment surpluses should increase their imports from the deficit countries and thereby create foreign trade equilibrium.

But the United States, as a likely creditor nation, and eager to take on the role of the world's economic powerhouse, baulked at Keynes's plan and did not pay serious attention to it. The US contingent was too concerned about inflationary pressures in the post-war economy, and White House saw imbalance in trade as a problem of only the deficit country.

This international system was unilaterally abrogated when in 1971 US President Richard Nixon US delinked the dollar from the gold standard. In the absence of a standard and a useful regulatory function for the IMF the great private banks on Wall Street were given a license to run amok. We are now reaping the bitter harvest. With the US dollar as the world’s preferred reserve currency, the US and its even more profligate citizens have an apparently endless access to easy credit to satiate their sundry appetites. In this way the ever growing annual US trade deficit becomes the de facto engine of growth for many export dependent economies, such as China, Germany and the ASEAN countries.

The post Cold War era has seen the economic and political rise of a host of nations, Brazil, China and India being foremost among them. Each one of these nations is now a major economic player with bigger GDP than many in G-7. The economic balance of power is shifting towards Asia. Jim O’Neill, the Goldman Sachs economist who was the first to coin the acronym BRICS, predicts: “It's likely that the combined GDP of the four big BRIC nations will exceed that of the G-7 by 2020.”

Since the US and Europe do not see it as being in their interest to reform the system, it devolves upon these world growth engines to bring more order into the world system. Like Communism, the ideology of the Washington Consensus has also been proved to be a failure. Casino capitalists must now make or upset our world again. It is time we revisited Lord Keynes’s proposal for a global reserve currency and consider establishing a system to regulate and manage it. 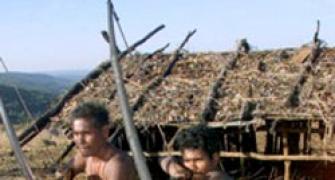 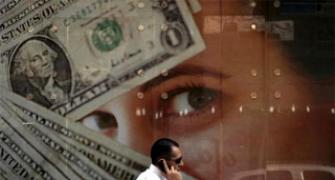 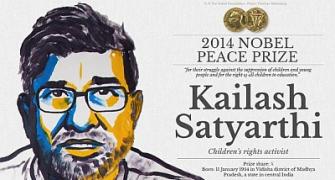 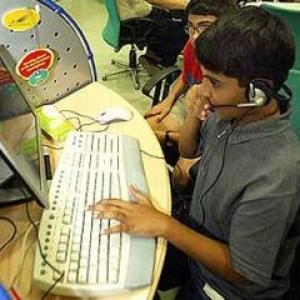 Why India may never beat US to become a world power 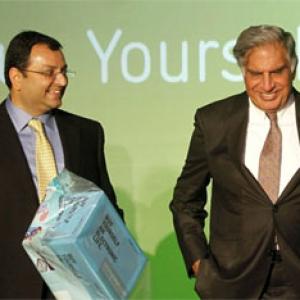