Ever since the global financial crisis of 2008, EU regulators and policymakers have been engaged in strengthening regulatory controls and ringfencing banks to prevent recurrence of the crisis, notes T C A Ranganathan. 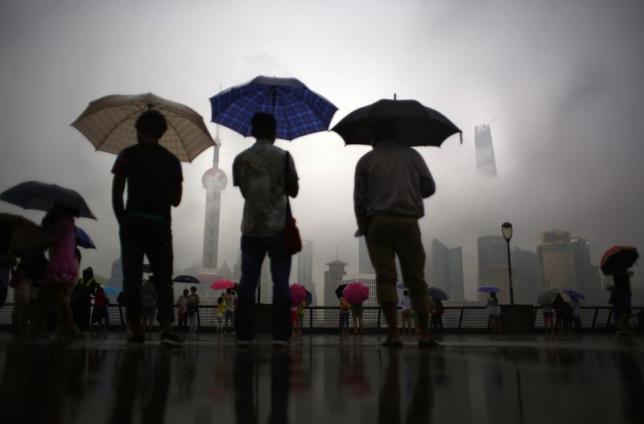 The current on-going debate in the European Union (EU) regarding the 'Deposit Guarantee' reinsurance programme favoured by the European Commission has excited little analyst attention.

It has been represented as a step forward by the EU, a grouping of contiguous but remarkably heterogeneous sovereign states fiercely protective of their fiscal and central bank independence and yet attached to the Euro, towards a banking 'Union'.

It is not that the member countries do not have individual programmes, but funding strengths vary and a pan EU mutual reinsurance programme is envisaged to prevent future bank failure induced crises.

The Global Financial Crisis of 2008 (GFC) had witnessed a number of bank failures and consequent distress.

EU countries had especially suffered and part of the current growth stagnancy witnessed there could have been so induced.

Ever since then regulators and policymakers have been engaged in strengthening regulatory controls and ringfencing banks to prevent recurrence of the crisis.

The present measure could well be so motivated.

We should, however, revisit the Greek Crisis. It is off the front pages because the Greeks, very unwillingly, acceded to all the EU conditions, in order to get their banks going again and are now, therefore, engaged in peacefully fighting between themselves about who is to blame etc.

A little earlier, we had Spain/Portugal, highly rated till then, in crisis. Their citizenry went through equally turbulent times.

They, however, never stayed for long in the media spotlights because the bitter curatives, still being discussed in Greece, had after short initial struggles, been faithfully ingested despite everything, again to keep their banks open.

What caused these crises?

In each, it had been a case of sovereign over expenditure. Perhaps, Spain/Portugal focused more on infrastructure while Greece focussed on 'social' expenditure.

Perhaps, the multiples by which Greece over borrowed was more. The more relevant question is whether the new pan EU reinsurance scheme will be able to prevent recurrence.

Will it stop a bank lending to its own sovereign? Or again, if a sovereign launches a job creation programme, will their domestic banks shy away because of high 'country risk'?

In adversity, will the sovereign, with its banks getting automatically bailed out by the EU-owned reinsurer, ever come into line?

What if it is a 'big' country? Who will bail out the insurer?

The owners of EU institutions are all democratic sovereigns. Will each parliament automatically agree to internal fiscal cuts to meet their insurance support liabilities?

And if they willingly agree and if the automaticity of bailout of the proposed insuring institution is also guaranteed in the programme design, will it not become a near fiscal union?

Why not then be upfront and make it a full union? It could, however, be said that all such measures are internal to EU and launched only after internal consensus, so such aspects should not bother non EU observer's/states.

We could at this point revisit GFC. Its occurrence is often ascribed to defaults of the AAA rated 'subprime' bonds.

After Basel 2, instruments rated AAA required token capital charges. Banks went haywire in stocking up on these bonds and accordingly started failing when these defaults started resulting in the crisis.

It is true that all this happened. But it is not the real cause. The subprime crisis had started in 2007.

Bank failures are not a new matter.

What is different now is that the US Fed, learning from SLA crisis, started intervening to bail out banks affected by the subprime crisis, especially if they were considered 'too big to fail' but then got fed up by mid-2008 and decided not to bail out Lehman.

This shock destroyed the confidence the market had created around such institutions and resulted in tearing the trust that underlines the international banking and settlement system.

It was this sudden tearing of 'trust webs' that resulted in international collapse of inter-se confidence among banks causing the international economic meltdown or the GFC.

Let us revisit the Greece/Spain/ Portugal crisis. Undoubtedly in each of these instances, the hapless citizenry suffered. It is a moot point whether we can say who suffered 'more' or 'less'.

But, undoubtedly, unlike GFC the international runoff was not significantly sustainable.

Could it be that because, as of now, there is no underlying 'confidence web' that 'EU' is bound to intervene to stave off a bank crisis? This will change once EU succeeds in creating that re-insurance web to safeguard against bank failure.

We recently celebrated the 70th anniversary of the end of World War II.

The World War I had been triggered by an assassination in then relatively unknown Serbia.

It had thereafter been resolved to end all wars. Liddell Hart while analysing World War II famously commented that generals and governments prepare for war based on the experiences and lessons learned in the previous war. Ideation thereafter is resisted.

He was talking of how the French, having learnt bitter lessons from the trench warfare of World War I , 'insulated' themselves from future dangers by ensconcing themselves behind the impregnable 'Maginot Line' going down to the edges of the ocean.

Only the unpassable Ardennes were left out. Security was ensured.

However, in the very first 'over' of a five-year-long match, the famous German blitzkrieg simply bypassed the impregnable Maginot line, by moving through the earlier considered 'unpassable' Ardennes ravine forests in strike columns of tanks and armoured personnel carriers moving in co-ordination with their air force.

The rest is history. We are now focussed on preventing future financial crises by securing banks. A 'half-half' EU could well be our Ardennes.

Since institutions like G20 were also created post GFC, such important matters should get its full concurrence instead only of EU.