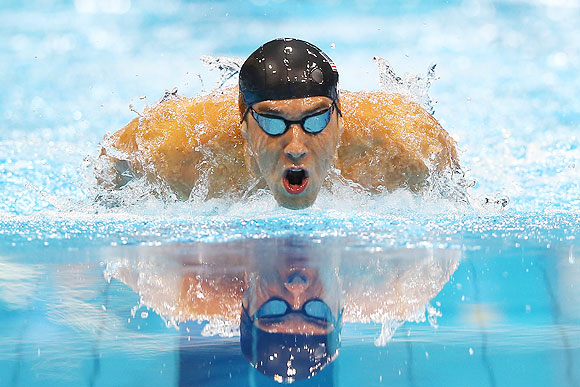 Image: Michael Phelps of the United States competes in the final of the Men's 400m Individual Medley at the Aquatics Centre on Saturday
Photographs: Al Bello / Getty Images

The crowd at the Olympic Aquatics Centre arrived late, as if they were trying to stall off the inevitable. Anyone with a prized ticket to the first big showdown of the London Games had to know Michael Phelps was in trouble earlier in the day when he barely qualified for the final of the event he owns two gold medals in.

The great swimming showdown to open the Olympics was a giant bust -- unless, of course, your name is Ryan Lochte. The surfer dude from Florida dominated the 400-meter individual medley from the opening stroke, making an early case for himself as the face of swimming in these games while thrashing a guy he never used to be able to beat.

And in the process, Lochte may have shattered the Phelps mystique once and for all.

Untouchable in Beijing. Oh, so human in London.

'It was just a crappy race' 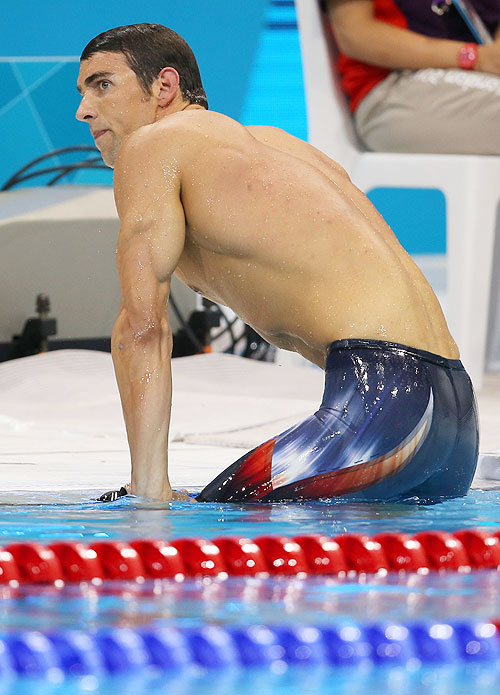 Image: Michael Phelps of the United States climbs out of the pool after he finished fourth in the final of the Men's 400m Individual Medley
Photographs: Clive Rose / Getty Images

This wasn't just a loss, it was a blowout. By the time Phelps finally touched the wall in fourth place, Lochte had been resting there for more than 4 seconds — an eternity in swimming.

What followed next was almost as revealing. While Lochte celebrated, Phelps climbed slowly from the pool, like it was a chore just to make it out. He then trudged off to answer a few questions from reporters and try to figure out where it all went wrong.

Worn out already, and six races still to go.

"It was just a crappy race," Phelps said by way of explanation "I felt fine the first 200, then I don't know."

Not surprising, if only because the athlete is always the last one to know. At age 27 Phelps has a lot of mileage under his long arms, a lot of history to have to live up to. He's been swimming for medals since the 2000 Olympics in Sydney and seemed almost giddy when he tweeted on Friday that he had finished his last practice as a competitive swimmer.

Maybe he didn't have the fire inside for training. Maybe he's starting to slow just a bit from the wear and tear.

Or maybe he just had what he claims he had -- a bad day. 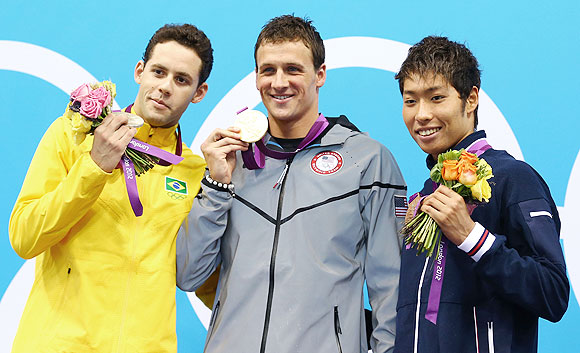 Lochte would be among those interested in finding out. He once lost 17 straight races in the 200-meter individual medley to Phelps, and the two meet Wednesday in that race in their only other confrontation in the games.

Phelps was always taking a chance that he might be swimming in one Olympics too many, surely one 400-meter IM too many after declaring four years ago that his win in that event would be his last. The draw of these games was too much, though, with a chance to add to his haul and become the all-time greatest medal winner in Olympic history.
Tags: Michael , Lochte , Phelps

'Hopefully we can finish a lot better than how we started' 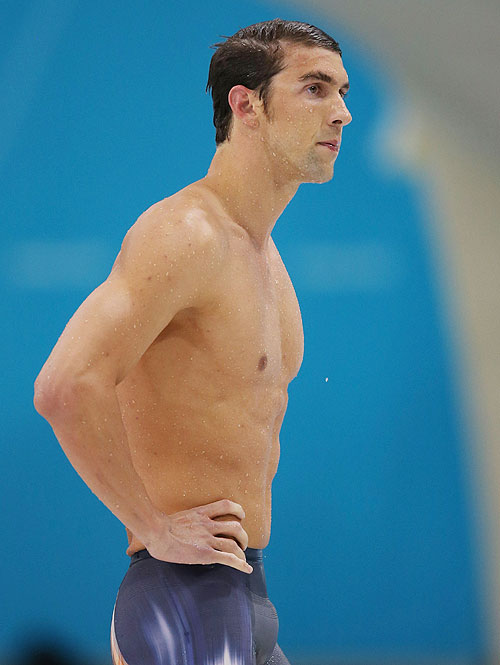 Image: Michael Phelps of the United States reacts after he finished fourth in the final of the Men's 400m Individual Medley
Photographs: Clive Rose / Getty Images

He's got plenty of races left to do that, if things remain according to plan. Six in all, and all he needs is three medals to surpass the record of 18 won by Soviet gymnast Larisa Latynina. There's a chance he can even add to his total of 14 gold medals, which is five more than the second-best number on the list.

"The biggest thing now is to try to look forward," Phelps said. "I have a bunch of other races, and hopefully we can finish a lot better than how we started."

It's not going to hurt his legacy if he doesn't. That's already encased in gold, the six he won in Athens and the record eight he grabbed in Beijing, when he set Olympic records almost every day. He surpassed Mark Spitz there to claim the title of best swimmer ever, and it's going to be a long time, if ever, before someone takes it from him.

Spitz took his seven medals and retired, content to make a living off his brilliant performance in Munich. Phelps has made a pretty good living himself, despite the fact he's an introvert with little charisma until the moment he gets into the water. 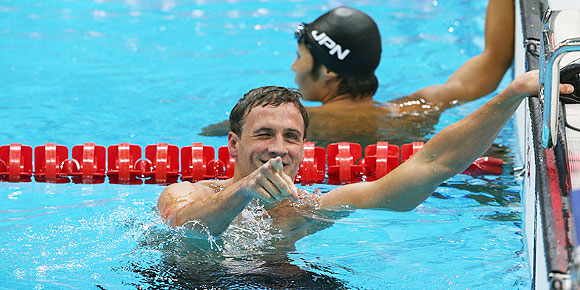 He came back for one last Olympics expecting great things because, well, he's always done great things. Aside from his first Olympics -- when he was a 15-year-old qualified in just one event -- he won medals in every Olympic race he had ever been in before Saturday night. The total was both staggering and historic -- 14 gold and two bronze in 16 races -- so much so that he makes the short list of any compilation of greatest Olympians ever.

That's what made it so hard to watch for a crowd that, once it arrived, was pumped for one of the hottest matchups of the games. Phelps didn't exactly flounder in the water, but he fell behind early to Lochte and then was passed by two other swimmers before finally finishing in 4:09.28, well off the world record of 4:03.84 he set in China.

It's too early to declare him finished, too soon to say he's washed up. But there's a crack in the facade, something that should give hope to anyone competing against him over the next week.

"A lot of people say Michael is inhuman, but you know what?" Lochte said. "He's just like all of us."

He wasn't in Beijing, hasn't been for a long time.

All it took was one night at the pool in these Olympics to change that.
Tags: Lochte , Michael , Phelps , China , Beijing
More
Copyright © 2022 The Associated Press. All rights reserved. The information contained in the AP News report may not be published, broadcast, rewritten or redistributed without the prior written authority of The Associated Press.
Write a
Comment
Print this
article