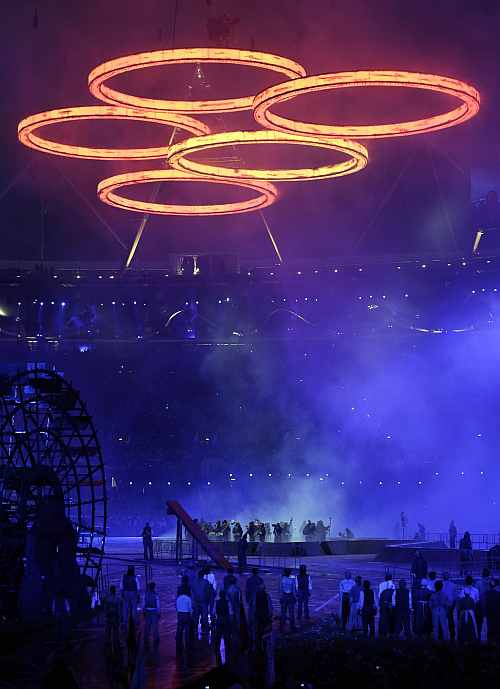 Britain greeted the world on Friday with an extravagant celebration that included Bond, the Bard and a Beatle -- and a formal welcome from no less a figure than its jubilee queen.

London's seven-year countdown to the 2012 Olympic Games came to a crescendo with a stunning, imaginative, whimsical and dramatic celebration of the host country.

Fighter jets streaming red, white and blue smoke roared over the Olympic Stadium, packed with a buzzing crowd of 60,000 people.

There was an explosion of fireworks against the London skyline after Queen Elizabeth II declared the Games open.

As head of state, the 86-year-old British monarch has the honour of opening the Games, which run through August 12.

Paul McCartney then led a singalong to wind up the three-hour show, masterminded by one of Britain's most successful filmmakers, Oscar winner Danny Boyle.

He led off his spectacular in his favoured medium, with a high-speed flyover of the Thames, the river that slices like a vein through London and was the gateway for the city's rise over the centuries as a great global hub of trade and industry. 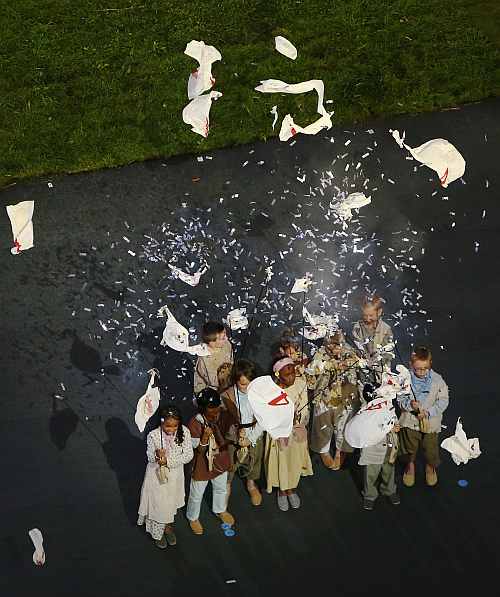 The rush of images showed a cricket match, the London Tube and the roaring, abundant seas that buffet and protect this island nation -- set to a pulsating soundtrack including snippets of the Sex Pistols' irreverent God Save the Queen.

Children popping ballons with each number from 10 to 1 led a countdown that climaxed with Bradley Wiggins, the newly crowned Tour de France champion. 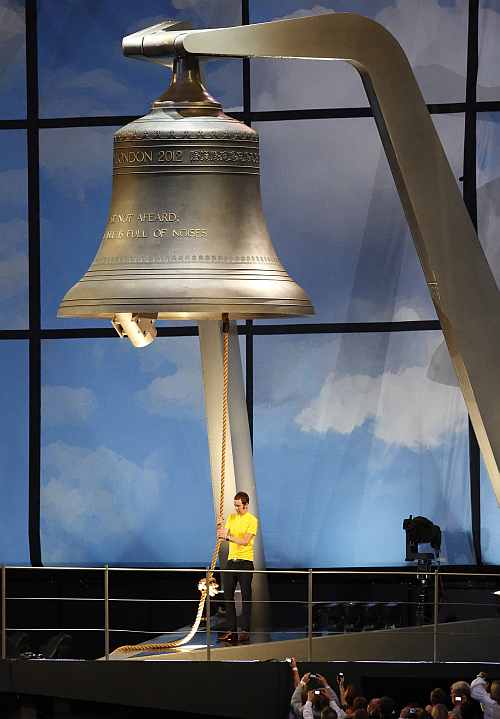 Its thunderous chime echoed around the 80,000-seat Olympic Stadium.

Bells in Britain have traditionally pealed to celebrate the end of war and the crowning of kings and queens, and now for the opening of a 17-day festival of sports.

The show then shifted to a portrayal of Britain that Britons cling to -- a place of meadows, farms, sport on village greens, picnics and Winnie-the-Pooh, A.A. Milne's fictional bear who has delighted generations of British children tucked warmly in bed.

But the British ideal -- to quote poet William Blake, of "England's green and pleasant land" -- then took a darker, grittier turn.

The set was literally torn asunder, the hedgerows and farm fences carried away, as Boyle shifted to the industrial transformation that revolutionized Britain in the 18th and 19th centuries, the foundation for an empire that reshaped world history.

Belching chimneys rose where only moments earlier sheep had trod. 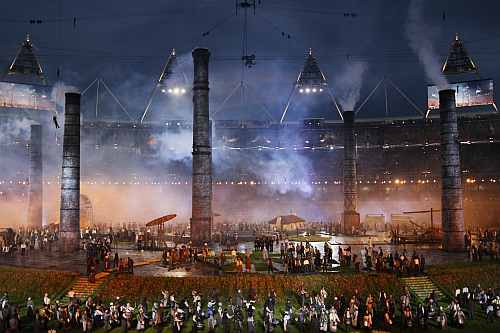 The Industrial Revolution also produced terrifying weapons, and Boyle built a moment of hush into his show to honor those killed in war.

"This is not specific to a country; this is across all countries, and the fallen from all countries are celebrated and remembered," he explained to reporters ahead of the ceremony.

"Because, obviously, one of the penalties of this incredible force of change that happened in a hundred years was the industrialization of war, and the fallen," he said. "You know, millions fell."

Olympic organizers separately rejected calls for a moment of silence for 11 Israeli athletes and coaches slain by Palestinian gunmen at the 1972 Munich Olympics.

Two of the Israelis' widows appealed to audience members to stand in silence when International Olympic Committee chief Jacques Rogge rises to speak later at Friday's ceremony. The Israeli culture and sport minister planned to do just that. 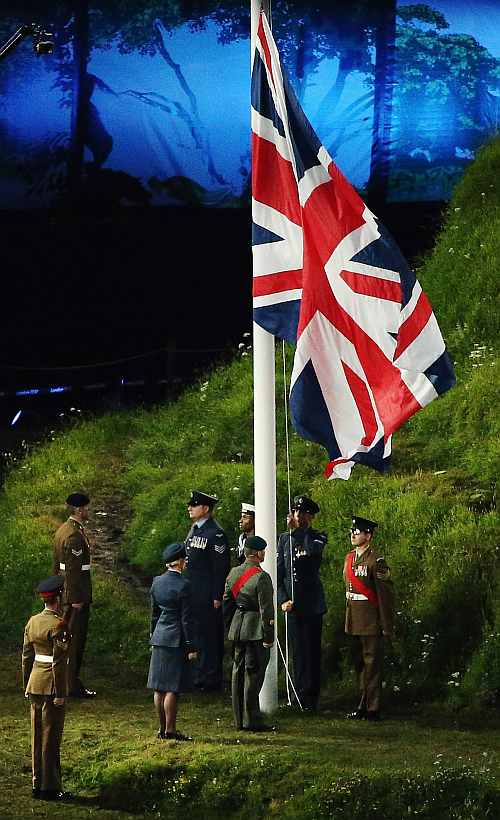 The parade of nations featured most of the roughly 10,500 athletes -- some planned to stay away to save their strength for competition -- marching behind the flags of the 204 nations taking part.

Greece had the lead, as the spiritual home of the games, and Team Great Britain was last, as the host. The tradition of athletes marching into the stadium by nation at the opening ceremony began at London's first Olympics, in 1908. 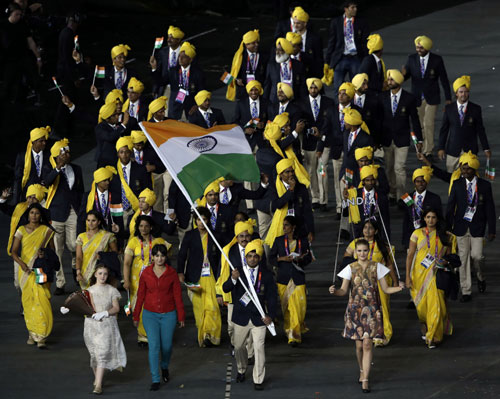 Tags: Sushil Kumar , PIX , Britain , Beijing
Copyright © 2022 The Associated Press. All rights reserved. The information contained in the AP News report may not be published, broadcast, rewritten or redistributed without the prior written authority of The Associated Press.
Write a
Comment
Print this
article