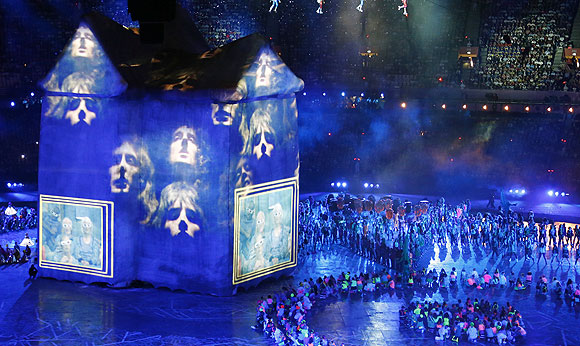 Image: Performers dance to the music of the rock band Queen during the opening ceremony of the London Olympic Games at the Olympic Stadium on Friday
Photographs: David Gray / Reuters

It's not a concert, Danny Boyle stressed. It's about the athletes.

In a very real way, though, the director of the Olympic opening ceremony was wrong.

While sports are the heart of the Olympics, music -- loud, bold, world-conquering British music, amplified in the most global of settings -- was the booming beat Friday night.

One of Boyle's stated aims was to showcase "the best of us" -- and ever since the Beatles and the Rolling Stones appropriated American blues, country and rock and remade them into something new, the best of British has been music.

Music ran like a river through Boyle's 'Isles of Wonder' extravaganza, which depicted a Britain brutally wrenched from its rural past by industrialization and upheaval before being thrust into a fast, uncertain, exciting new world -- all propelled by the throb of homegrown music.
Tags: Danny Boyle , Britain , British , American 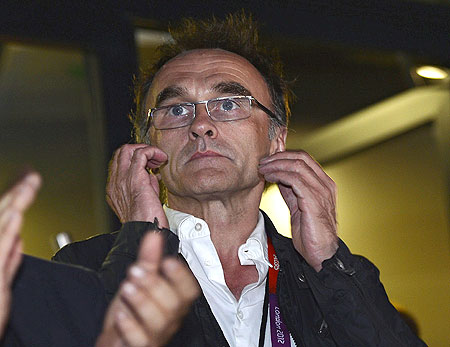 It began gently, with Edward Elgar, the hymn Jerusalem and Danny Boy -- but soon started to rock.

Olympic ceremonies often play it safe. But Boyle, who brought in the electronic duo Underworld as musical directors, gave his show a cheeky edge. The Sex Pistols, once the outrageous face of punk, were included with their song Pretty Vacant. Boyle even slipped in a few bars of the Pistols' snarling God Save the Queen (the fascist regime) early on -- although he respectfully did it before Queen Elizabeth II herself had entered the stadium.

Fashion designer Wayne Hemingway said including the Pistols was typical of Boyle's "wit and guts."

"Normally it would be brushed over, but the punk spirit which is in Britain was written through the ceremony," he said. "Anyone cynical about this has no lust for life. It's just bloody brilliant." 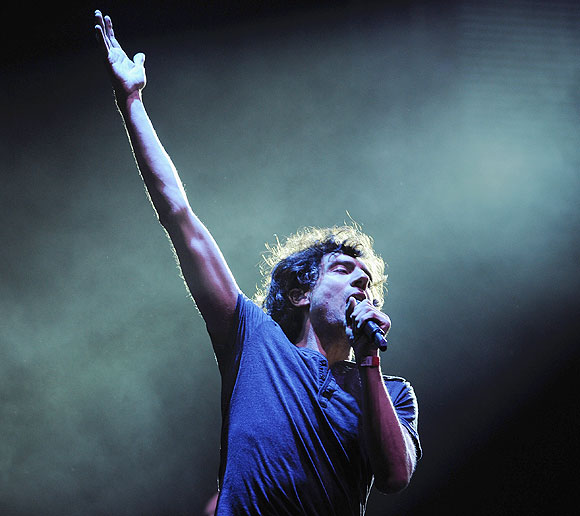 In parts, it was like a Union Jack jukebox -- a medley of tracks from the Beatles and the Rolling Stones, David Bowie and Queen, the Specials and the Jam, the Stone Roses and Eurythmics, and what seemed like dozens more.

The list spanned generations, from The Who's My Generation right up to live performances from two of the hottest homegrown acts of the moment -- grime star Dizzee Rascal, who performed his hit Bonkers, singer Emeli Sande and the band Arctic Monkeys.

The musical melange continued during the athletes parade, with members of the 204 national teams circling the track to everything from West End Girls by the Pet Shop Boys and Rolling in the Deep by Adele. 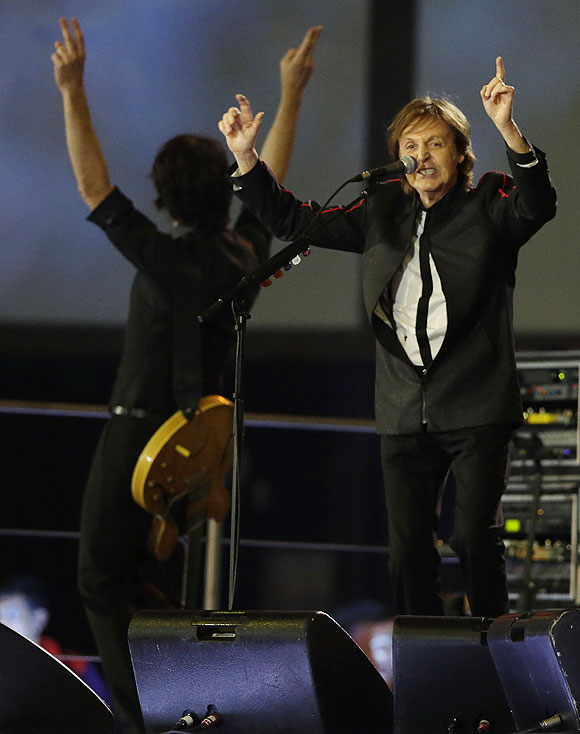 It was only fitting that a former Beatle, Paul McCartney, closed the show, leading a mass singalong of Hey Jude.

The amazing thing about the outpouring was how endless it seemed — a reminder that British music, decade after decade, has retained its genius.

Could any other country have pulled off a similar homegrown aural feast? The United States, certainly. But Boyle reminded Britain how much it has to be proud of -- and the clapping, cheering, singing 60,000-strong crowd loved him for it.

Broadcast to a television audience estimated at 1 billion, it played like an excellent ad for Cool Britannia 2.0.

Singer-songwriter Billy Bragg spoke for many when he tweeted: "Impressive though (the opening ceremony) in Beijing was, they didn't have any great pop music to play, did they?"

Tags: Hey Jude , Paul McCartney , Billy Bragg , Cool Britannia , Universal Music
More
Copyright © 2022 The Associated Press. All rights reserved. The information contained in the AP News report may not be published, broadcast, rewritten or redistributed without the prior written authority of The Associated Press.
Write a
Comment
Print this
article