Organizers of the World Chess Championship sued on Monday to block a trio of website operators from broadcasting chess moves at the November 11-30 match in New York, which is expected to draw millions of online viewers. 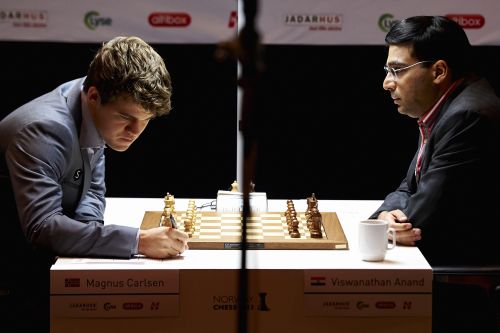 The lawsuit, filed by World Chess US Inc and World Chess Events Ltd in federal court in Manhattan, seeks to limit the operators from transmitting the moves from the 12-game contest between world champion Magnus Carlsen of Norway and challenger Sergey Karjakin of Russia.

Instead, the tournament organisers want to protect their exclusive rights to news of the moves, and air the event run under the auspices of the International Chess Federation, or FIDE.

"These entities expend no time, effort, or money of their own in organising, producing, or hosting the chess events for the World Championship and instead reap economic benefit from free-riding on the work and effort of World Chess," the lawsuit said.

Daniel Freeman, owner of Chessgames Services LLC, rejected the allegations, arguing that news of chess moves become open to the public once the plays are made.

"It's my position that I'm not pirating and never have been," Freeman said by phone.

"Of course, I would respect an injunction. ... But unless I receive that, I plan on broadcasting the moves as they become known to me."

While spectators will watch the tournament from the venue in lower Manhattan, most professional chess tournaments are viewed over the internet.

The match between the grandmasters, both in their 20s and competing for a $1 million prize, will be streamed live in 360-degree Virtual Reality (VR), a first in any sport.

The feature, in which viewers are meant to feel more immersed in the game, costs $15 per user, but the company will also provide moves and analytics as a separate product free of charge.

The World Chess Championship has been held in an official capacity since the late 1800s. Its global popularity in the pre-internet era peaked in 1972 during the Cold War when American Bobby Fischer defeated Boris Spassky of the Soviet Union in Reykjavik, Iceland, for the world crown.

The 1995 match between then-world champion Garry Kasparov of Russia and Viswanathan Anand of India was the last title contest to be held in the United States - in New York's WorldTradeCenter.

© Copyright 2020 Reuters Limited. All rights reserved. Republication or redistribution of Reuters content, including by framing or similar means, is expressly prohibited without the prior written consent of Reuters. Reuters shall not be liable for any errors or delays in the content, or for any actions taken in reliance thereon.
Related News: World Chess US Inc, Viswanathan Anand of India, Magnus Carlsen, Chessgames Services LLC, Daniel Freeman
SHARE THIS STORYCOMMENT
Print this article