News
Business
Movies
Sports
Cricket
Get Ahead
Money Tips
Shopping
Sign in  |  Create a Rediffmail account
Rediff.com  » Sports » Why Serena is wary of another semis slip-up at US Open IMAGE: Serena Williams of the United States waves to the crowd after her match against Simona Halep of Romania (not pictured) on day ten of the 2016 US Open tennis tournament at USTA Billie Jean King National Tennis Center. Photograph: Geoff Burke-USA TODAY Sports/Reuters.

Serena Williams will be wary of another semi-final slip-up when she takes to the Arthur Ashe Stadium court on Thursday to face 10th seed Karolina Pliskova for a spot in the US Open final.

A year ago Williams arrived at the semi-finals on the cusp of a rare calendar Slam when unseeded Italian Roberta Vinci, a 300-to-1 long shot to reach the final, recorded one of the biggest upsets in grand slam tennis.

It has appeared lesson learned for the world number one, who has been all business at Flushing Meadows, playing with unusual intensity and focus as she zeroes in on what would be a record seventh US Open title in the professional era.

Standing in the way of Williams's ninth trip to the final is big-hitting Pliskova who has led the WTA Tour in aces the last two seasons and is one of the few players capable of going toe-to-toe with the muscular American.

"There will be a lot of aces in that match I think," said Williams, who laid down 18 aces in her quarter-final win over Simona Halep.

"I haven't played against many big servers recently but she places her serve really well.

"She definitely gets some speed on it but her placement is really, really nice."

There is no calendar slam up for grabs this year but history continues to beckon Williams, who would stand alone as the greatest grand slam champion in the Open Era if she can claim a 23rd title.

That would move her past Steffi Graf and leave her one shy of Margaret Court at the top of the all-time list.

While Williams will compete in her 33rd Grand Slam semi-final, the match is further uncharted territory for Pliskova, who arrived as the only top-20 player to have not reached the fourth round at one of the four blue riband events.

The other semi-final is an equally attractive matchup pitting unseeded former world number one Caroline Wozniacki against second seed Angelique Kerber, who could leave New York with her second grand slam title and snatch Williams' number one ranking.

Australian Open champion Kerber holds a 7-5 lead in head-to-head meetings against the Dane, with their last two hardcourt encounters split.

The 26-year-old Wozniacki, meanwhile, is still chasing an elusive maiden grand slam title but has come close at Flushing Meadows, reaching the semi-finals on five occasions and the finals twice in 2009 and 2014.

© Copyright 2020 Reuters Limited. All rights reserved. Republication or redistribution of Reuters content, including by framing or similar means, is expressly prohibited without the prior written consent of Reuters. Reuters shall not be liable for any errors or delays in the content, or for any actions taken in reliance thereon.
Related News: Serena Williams, Karolina Pliskova, Simona Halep, Angelique Kerber, Flushing Meadows
SHARE THIS STORYCOMMENT
Print this article 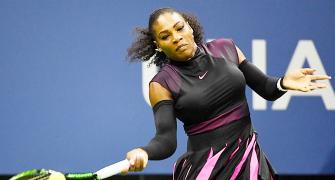 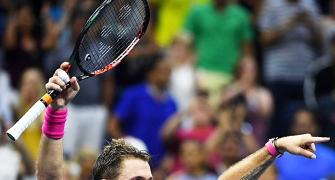 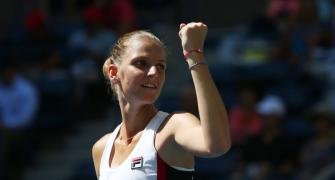 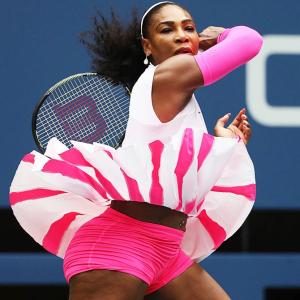 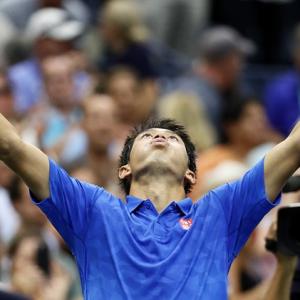