News
Business
Movies
Sports
Cricket
Get Ahead
Money Tips
Shopping
Sign in  |  Create a Rediffmail account
Rediff.com  » Sports » When 5 is not enough... Barca want more in 2016

‘It will be difficult to improve on what we have done, but we always try’ 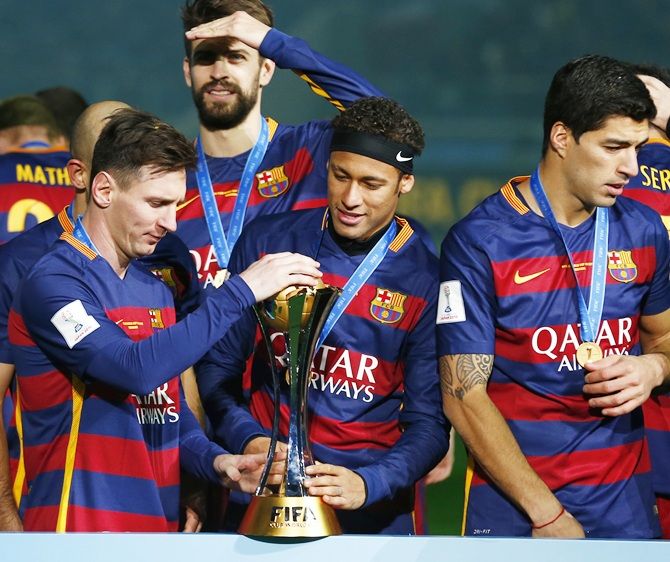 Barcelona coach Luis Enrique is still not satisfied despite winning five trophies in 2015 and is aiming to do even better next year.

The Catalan side have been rampant in attack and a 4-0 victory over Real Betis on Wednesday set a new Spanish record of 180 goals in a calendar year and lifted Barca back to the top of the La Liga standings.

They followed their treble success last season by lifting the European Super Cup and the Club World Cup, their only defeat coming in the domestic Super Cup by Athletic Bilbao to stop them matching the six trophies won by Pep Guardiola’s 2009 side.

“It has been a good year I would give it a nine because we can always improve,” Luis Enrique said.

“As a player my philosophy was always to give my all and I never had any regrets when the season ended, and it is the same as a coach.

“There is not a particularly good or bad moment I will try to remember. I am not going to get carried away and 2015 is already part of the past. It doesn’t interest me at all and now I want to do better in 2016 which is the way a professional has to live.”

Luis Suarez hit a double and Lionel Messi scored on his 500th appearance for Barca against Betis. Along with Neymar the trio have scored 137 goals in 2015.

"It has been a spectacular year and we wanted to finish it this way," said the four-time World Player of the Year Messi.

"It will be difficult to improve on what we have done, but we always try. We have a great squad that are desperate to continue winning."

The situation is now very different to last January when Luis Enrique’s position was hanging in the balance and there were widespread rumours of a bust-up between the coach and Messi.

Sports director Andoni Zubizarreta resigned in the fall-out from their FIFA ban for signing minors and president Josep Maria Bartomeu was pressured into bringing forward elections to the end of last season.

The prolific form of the attacking trio was key to the turnaround and Luis Enrique is eager to keep them motivated.

“We can enjoy being a unique team but now the objective is to forget the past and win the next game in 2016. We need to be in position to win trophies at the end of the season,” he said. 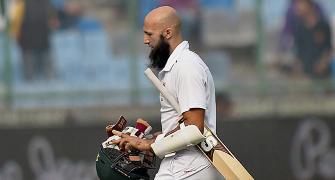 After SA's India tour, Amla's performance has only gone downhill... 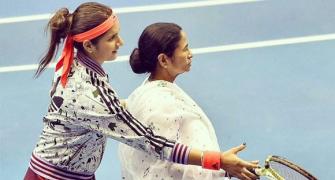 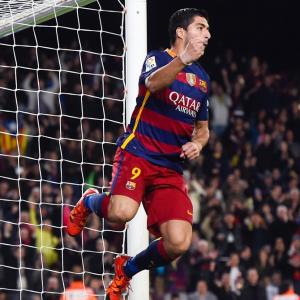 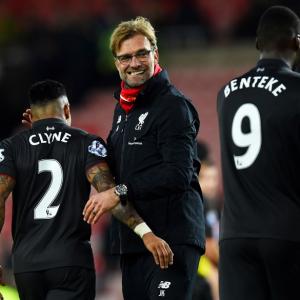