Srikanth or Sindhu? Advani or Kohli?
Or will a 21 year old pip the stars?
Vote and tell us who your favourite Indian sportsperson of the year is.

India's sports fans cherished a year where Indian athletes left their mark on the world stage.

In cricket, it was business as usual for Virat Kohli who dominated Tests, ODIs and T20s, scoring runs aplenty. The bowlers only got some relief in December when the run machine took time off to get married.

There was no stopping cueist Pankaj Advani who added another couple of world titles to his kitty. He has an awesome 18 world titles in all.

Shub won his maiden European Tour title at the Joburg Open in December to qualify for the Open Championship next July where he will play alongside his idol Tiger Woods.

Please vote at the end of the feature to select your No 1 Sportsperson of the Year. It was a dream year for Srikanth who became the first Indian and only the fourth shuttler in the world to win four Super Series tournaments in a calendar season.

The 24 year old won the French Open, the Denmark Open, the Australian Open and the Indonesia Cup.

The world No 4 finished runner-up at the Singapore Open where he lost to compatriot B Sai Praneeth. 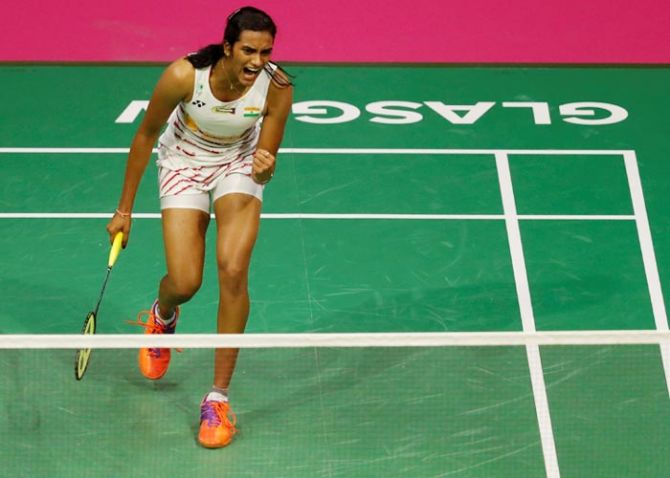 She narrowly missed out at three other events, ending up second best in the Glasgow World Championship, the Dubai Super Series final and the Hong Kong Open.

In August, her gallant effort to become India's first World champion ended in a heart-wrenching 19-21, 22-20, 20-22 defeat to Nozomi Okuhara after an epic final that lasted 109 minutes.

Sindhu extracted revenge soon after, beating Okuhara in the summit clash at the Korea Open Super Series in September. 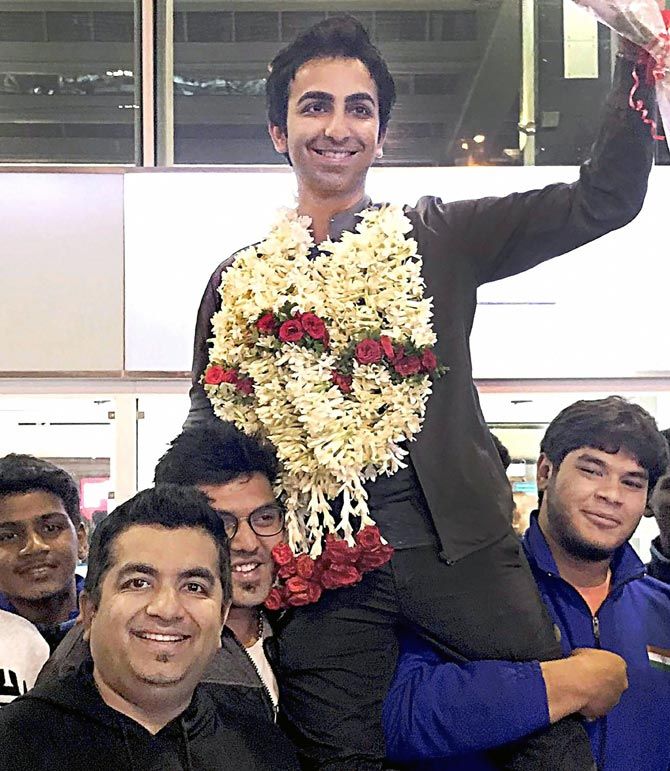 IMAGE: Pankaj Advani gets a rousing reception at Bengaluru airport after winning his 18th World Championship in Doha. Photograph: PTI

Pankaj enjoyed another stellar year on the green baize.

He won a couple of world titles, taking his world title count to a massive 18.

Pankaj also became the only Indian cueist to win the national billiards and snooker titles.

In November, he won two titles at the IBSF World Billiards and Snooker Championships in Doha.

He clinched his 17th World title after thrashing arch-rival Mike Russell in the IBSF World Billiards final. In the process, Pankaj defended the 150-up format title he won in Bengaluru last year.

With only a day's gap to switch from billiards to snooker, Pankaj outclassed Amir Sarkhosh for yet another world title. 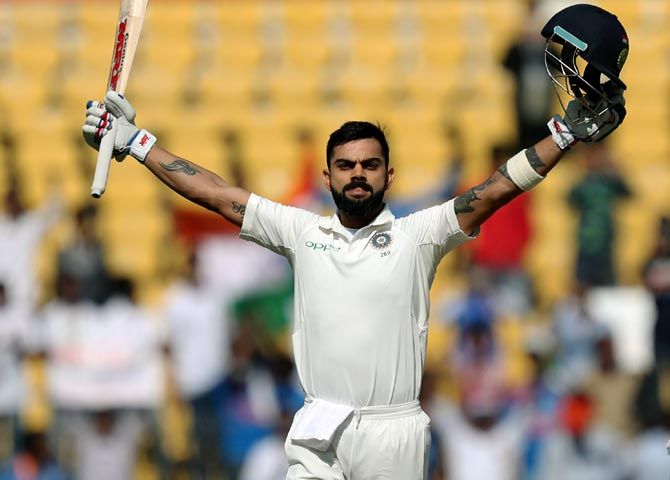 During the year he passed 51 hundreds in international cricket and equalled Sunil Gavaskar's record for most centuries by an Indian captain with 11 hundreds as skipper.

Kohli scored 10 international centuries in the year, inclusive of four Test tons and six in one-dayers.

He hit three successive centuries in the three Test series against Sri Lanka last month, including two double hundreds in a row, to finish the series with 610 runs, the most scored by an Indian in a three match series and the fourth highest overall.

In one-dayers, he scored two centuries each against New Zealand, Sri Lanka and one each against Bangladesh and the West Indies, for a tally of 1,460 runs in 26 games at an average of 76.

He also hit two half-centuries in 10 T20 Internationals this year.

Under his captaincy, India remained unbeaten in Tests in 2017, winning four successive series against Bangladesh (a one-off Test), Australia (2-1), and the away and home series wins against Sri Lanka -- 3-0 and 1-0 respectively. 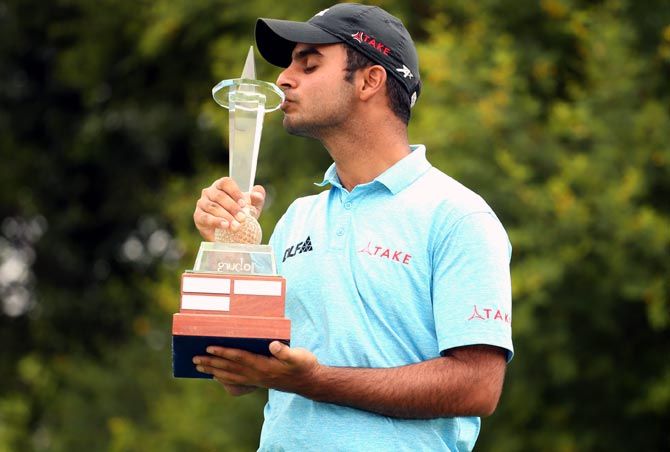 He enjoyed a dream run, winning three titles, including his maiden European Tour title at the Joburg Open earlier this month.

The victory made him the youngest Indian to win on the European Tour, and the fifth overall, in an elite list that includes Arjun Atwal, Jeev Milkha Singh, S S P Chowrasia and Anirban Lahiri.

Following his superb run, he has a dream opportunity to play alongside idol Tiger Woods at next year's Open championship.

'I don't know how many chances I will get to play at the biggest level,' says Shub, 'so I want to make the most of it.'

'I always wanted to play my first Major, and the Open is my favourite Major. I could not have been happier playing my first Major at the Open.' 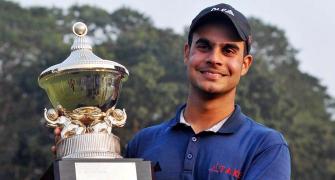 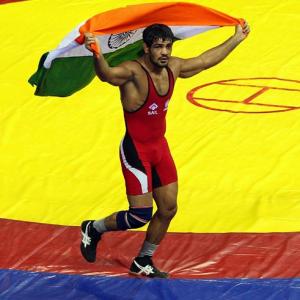 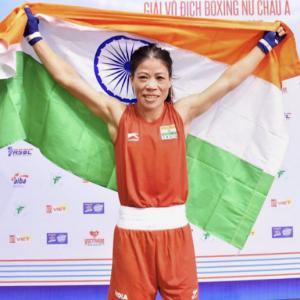