News
Business
Movies
Sports
Cricket
Get Ahead
Money Tips
Shopping
Sign in  |  Create a Rediffmail account
Rediff.com  » Sports » 'It is not only the coach who is disappointed...but all of us'

'It is not only the coach who is disappointed...but all of us' 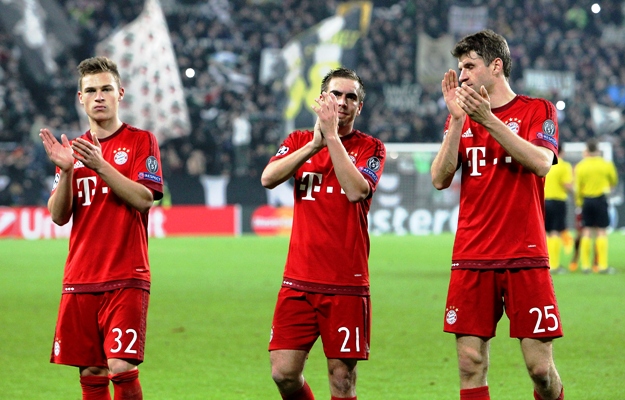 Bayern Munich were left to rue a number of missed chances in their Champions League last 16 first leg against Juventus on Tuesday after the Germans squandered a two-goal lead to draw 2-2 despite dominating for much of the game.

"It is not only the coach who is disappointed. It is all of us," said Bayern winger Arjen Robben, who had netted in the 55th minute to give the visitors a two-goal cushion.

"We should have killed it off after the 2-0. What happened to us afterwards should not happen," said the Dutchman. "We should have been cooler and calmer."

The Bavarians were in commanding form for an hour, having boxed the Italians in, launching attack after attack with 70 percent possession in the first half. 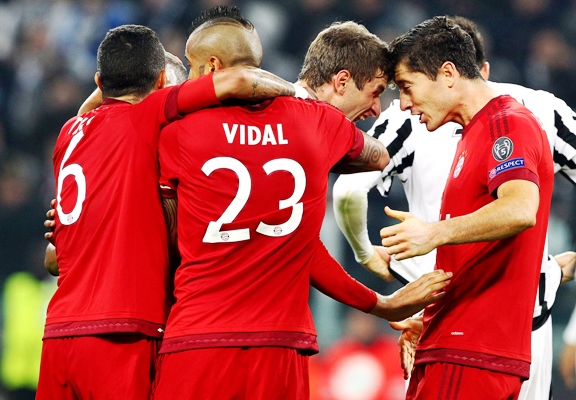 Goals from Thomas Mueller and Robben gave them a comfortable lead, but they wasted other chances that could have put the tie beyond doubt.

Arturo Vidal had a powerful volley saved, Mueller twice went close, while the normally clinical Robert Lewandowski was guilty of missing his share of chances.

Juve made the most of the reprieve, battling back to score twice in 13 minutes as Bayern's confidence was shaken.

Paulo Dybala scored in the 63rd minute against the run of play, before Stefano Sturaro levelled to set up a nail-biting return leg in Munich on March 16.

"Obviously a win would have been better," Bayern coach Pep Guardiola said. 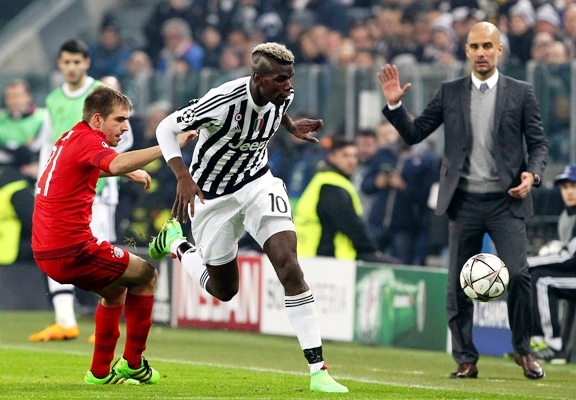 "You cannot really expect that your opponent will not get a single chance. That's football. Sometimes you can't look at just the result. We played with character.

"We played well over 90 minutes not just 60 minutes. Overall I am satisfied with the performance."

Juventus coach Massimiliano Allegri praised his team's attitude in the second half, but said they now had a tougher task of winning in Munich after failing to do so at home.

"We played a good game although we had to start from scratch in the second half," the Italian coach told reporters. "It was a test to see if we can play matches like that. In the second half we were rewarded for our more daring approach.

"But if you want to advance into the next round of this competition you have to win a game. We did not win it here so now we have to go and win it in Munich."

© Copyright 2020 Reuters Limited. All rights reserved. Republication or redistribution of Reuters content, including by framing or similar means, is expressly prohibited without the prior written consent of Reuters. Reuters shall not be liable for any errors or delays in the content, or for any actions taken in reliance thereon.
Related News: Pep Guardiola, Juventus, FC Bayern Muenchen, Getty Images, IMAGE
SHARE THIS STORYCOMMENT
Print this article