News
Business
Movies
Sports
Cricket
Get Ahead
Money Tips
Shopping
Sign in  |  Create a Rediffmail account
Rediff.com  » Sports » Tsonga defies doctor to battle on, but all in vain

Tsonga defies doctor to battle on, but all in vain 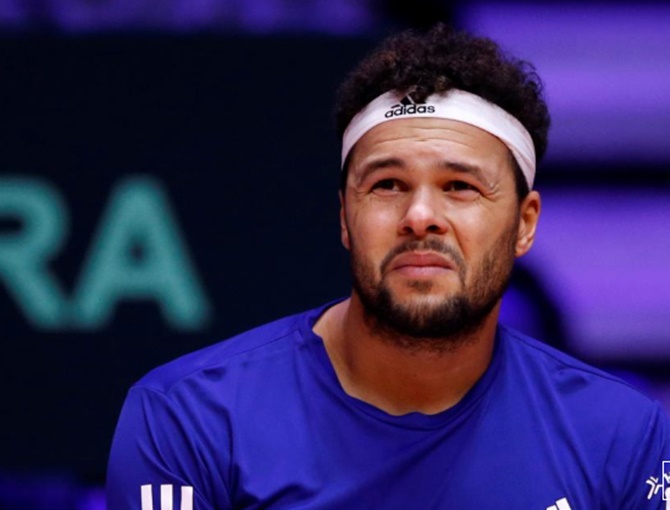 Jo Wilfried Tsonga defied doctor's orders to continue his match against Marin Cilic in the Davis Cup final on Friday, although it was all in vain as he slumped to a straight-sets defeat.

His 6-3, 7-5, 6-4 loss left France staring at defeat after Jeremy Chardy had earlier been beaten by Borna Coric.

But Tsonga, who spent seven months on the sidelines this year after knee surgery, said quitting had not been an option after going off court for treatment in the third set.

"When I got out of the court, when the doctors tested me, they said to me 'Maybe it would be better for you to stop'," the 33-year-old former world number five told reporters.

"It was not conceivable for me, the match was underway. There are 25,000 people in the stadium. There are many more behind their television, watching us."

"For me the least thing was to lose, very well, but with your head up, to go on the ground and fight me to the end with the means that I had today."

Tsonga said he had felt pain in his adductor muscle and would have to wait and see whether he will be able to play in the reverse singles on Sunday, should the tie still be alive.

"I do not know what I have done," he said. "I will wait for the diagnosis. For the moment, we are waiting."

Chardy, according to Croatia's captain Zeljko Krajan, could have proved France's joker in the pack after being surprisingly selected for opening day action ahead of Lucas Pouille -- the highest-ranked player available to Noah this weekend.

But Krajan said he was pleased to be proved wrong as Coric delivered a near-perfect display on the claycourt constructed inside the cavernous Stade Pierre Mauroy.

"He was a joker but he didn't win the match," Krajan told reporters. "I felt he was going to play but I hoped he wouldn't win and he for sure felt the pressure today."

"He was up 40-0 in his first service game and lost it and then Borna played great. It was very tough for Chardy to play with the way Borna was playing today."

Chardy had won five of his six Davis Cup singles matches but Friday's was the biggest he had ever been involved in.

"I am really disappointed. I couldn't find my rhythm. I was tense more or less the whole match."

Yannick Noah, who will sign off from a third stint as French captain after the final, had no complaints, saying his team had simply been outplayed.

"To win these two matches it would have been necessary to make two perfect performances," Noah, whose team have won seven consecutive ties since losing to Croatia in 2016, said.

"But we always hang on to something until we are completely dead, to the last point, always." 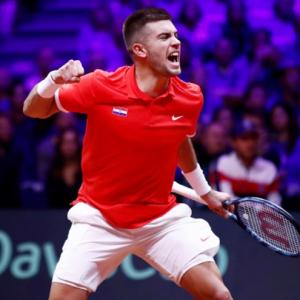