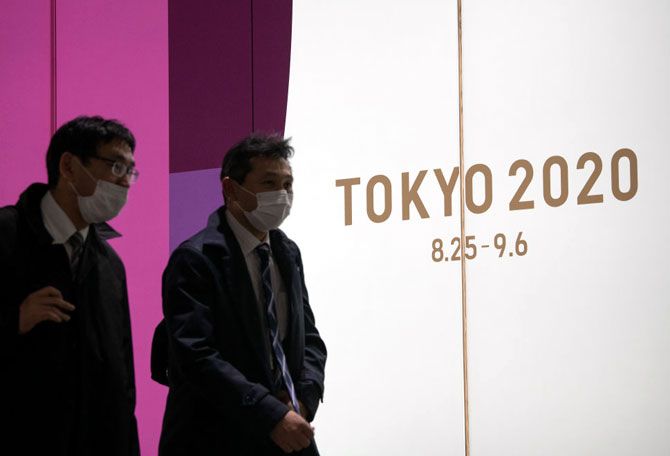 IMAGE: The head of Italy's Olympic Committee (CONI) Giovanni Malago said the late July start would avoid a clash with the Euro 2020 football championship, which has also been postponed for one year. Photograph: Carl Court/Getty Images

The postponed Olympic Games will now begin on July 23 next year and run until August 8, the head of the Tokyo 2020 organising committee said on Monday, as the coronavirus pandemic made it impossible to plan and prepare for them properly this year.

The Games were postponed last week - the first such delay in the 124-year history of the modern Olympics. The move was a huge blow for Japan, which invested $13 billion in the run-up to the event and raised $3 billion from domestic sponsors.

Yoshiro Mori, the head of the Tokyo 2020 organizing committee, confirmed the new dates after he made the decision with the International Olympic Committee. Mori said the Paralympic Games would run from August 24-September 5.

"The Tokyo Olympics Games and the successful delivery of these Games will be how we overcome all the problems that the world is facing and that the Olympics could be a symbol for this," Mori said.

"These Games are going to have great historical significance."

Earlier on Monday, the Games' chief executive, Toshiro Muto, said the committee was moving "in the direction" of honouring tickets bought for the 2020 Games at the rescheduled event, or providing refunds in case of scheduling changes.

"We want to honour the hopes of all those who purchased the tickets amid high demand," Muto told a news conference.

It was too early to say what the additional costs of the delay would be, Muto said.

The IOC and Japanese government succumbed to intense pressure from athletes and sporting bodies around the world last Tuesday by agreeing to push back the Games because of the coronavirus pandemic.

The pandemic had already led to many sporting events around the world being delayed or canceled. After weeks of insisting the Olympics would go ahead, organizers bowed to what many said was the inevitable and delayed what is the world's premier sporting gathering.

Sporting bodies including the World Athletics association, the International Triathlon Union, and FINA, the international swimming federation, all followed up with statements of support for the delay.

The postponement "gives our athletes the time they need to get back into training and competition," World Athletics said. The association is also working on new dates in 2022 for the World Athletics Championships, it said.

The Athletics and Swimming world championships were scheduled to take place next summer around the new Olympics dates, presenting organizers with potential clashes in timing.

And problems have already arisen in planning for venues for next year, although organisers have yet to be told that they cannot use any facilities, Muto said at the news conference announcing the new date.

The Tokyo 2020 Olympics must acknowledge the coronavirus crisis which forced their postponement and incorporate it into next year's opening ceremony, executive producer Marco Balich told Reuters from his home in Milan.

More than 720,000 people have been infected around the world with about 34,000 deaths and governments are taking ever tougher measures such as lockdowns to try to halt the outbreak and support overburdened medical infrastructure.

© Copyright 2021 Reuters Limited. All rights reserved. Republication or redistribution of Reuters content, including by framing or similar means, is expressly prohibited without the prior written consent of Reuters. Reuters shall not be liable for any errors or delays in the content, or for any actions taken in reliance thereon.
Related News: International Olympics Committee, Yoshiro Mori, NHK, Tokyo, Thomas Bach
SHARE THIS STORYCOMMENT
Print this article 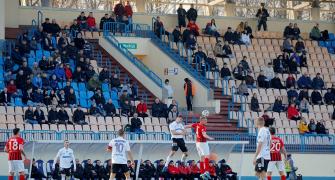 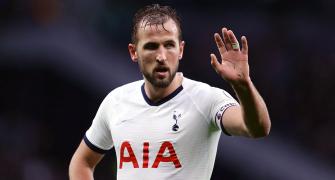 Scrap Premier League if not completed by June: Kane 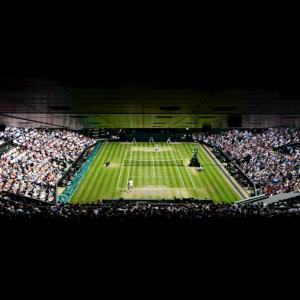 'Wimbledon will be cancelled, no doubt about it'