IMAGE: Belarusian players in action during the match despite most sport being cancelled around the world as the spread of coronavirus. Photograph: Vasily Fedosenko/Reuters

With professional soccer at a virtual standstill around the globe, fans in need of their weekly fix are turning to the Belarusian Premier League to fill the void as it carries on with matches despite the coronavirus outbreak.

The league, one of Europe's least glamorous competitions whose teams rarely reach the group stage of UEFA's elite Champions League, is drawing foreign fans' attention and a string of new broadcast deals.

It has said it has no intention of postponing matches or cancelling the season it began earlier this month.

While most of its teams, perhaps with the exception of BATE Borisov and Dinamo Minsk, are unknown to the majority of soccer fans, the league is making the most of stoppages to the world's top competitions.

The decision to carry on and allow fans into stadiums has helped the Belarus Football Federation get broadcasting deals with sports networks in 10 countries, including Russia, Israel and India, where fans have been left with nothing to watch.

"This is an unprecedented situation," said Alexander Aleinik, a federation spokesman.

One of the networks broadcasting Belarusian matches is Ukraine's Sport-1.

Although it began broadcasting the league late last year - prior to the coronavirus outbreak - because many Ukrainians play in Belarus, viewers have been surprised by Belarusian league's quality.

"We didn't expect them to have a decent league over there," said Viktor Samoilenko, head of Poverkhnost Ukraine, which produces Sport-1, among other channels. "We didn't know this before because we didn't show the matches."

Belarus has so far reported 94 coronavirus cases but has taken few measures to curb the outbreak.

President Alexander Lukashenko, who has held power in the former Soviet nation of 9.5 million people since 1994, has downplayed the need for social distancing and bragged that he continues to play ice hockey and embrace fellow players.

"It's better to die standing than to live on your knees," he told local television on Saturday after a hockey game. "There are no viruses here (at the rink)... I don't see them."

Thanks to the Belarusian league's growing viewing figures, Dinamo Minsk's popularity has spiked on social media, especially among English speakers.

Alexander Strok, a club spokesman, said he hopes the international attention will motivate players to step up their game.

"We hope it will improve the level of the game because the players may get more responsible," he said.

Yuri, a Dinamo Minsk supporter, believes the current interest in the Belarusian league could eventually open doors for their players to move to bigger teams in Europe.

Yet when European soccer resumes, he hopes fans will still flip the channel to the Belarusian league.

"They will not only watch English or Italian leagues, but also the Belarusian one from time to time," he said.

© Copyright 2021 Reuters Limited. All rights reserved. Republication or redistribution of Reuters content, including by framing or similar means, is expressly prohibited without the prior written consent of Reuters. Reuters shall not be liable for any errors or delays in the content, or for any actions taken in reliance thereon.
Related News: Dinamo Minsk, Belarus Football Federation, UEFA, Belarusian, BATE Borisov
COMMENT
Print this article 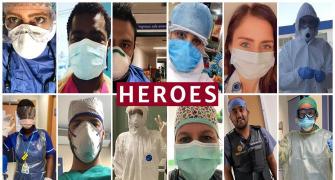 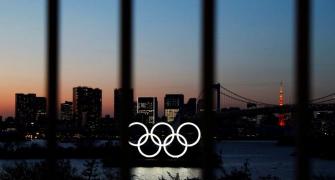 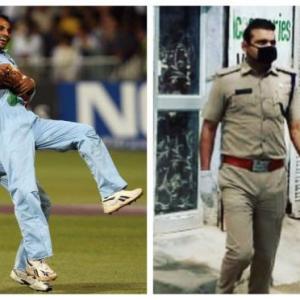