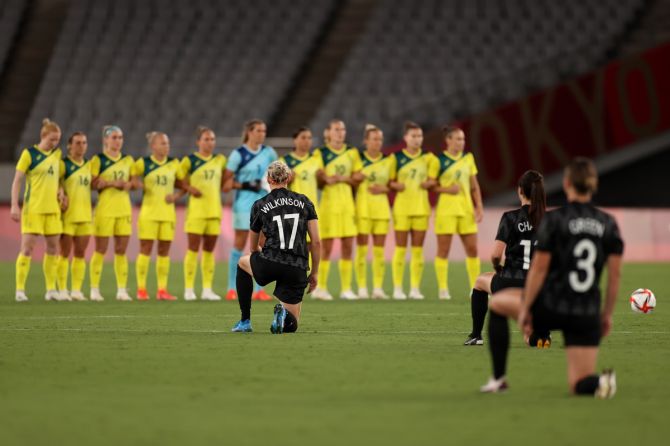 Teams can find strength in taking the knee or unfurling an Indigenous flag before a game like Australia's women's soccer team did on Wednesday, Australian basketball player Patty Mills said on Thursday.

Several women's football teams on Wednesday, including Britain, New Zealand, the United States and Sweden took the knee before their games in Tokyo, in support of racial equality.

The Matildas chose instead to unfurl a flag of the first peoples of Australia.

"In team sport it is very common for successful teams to come together to do certain things that build the comraderie," Mills, a 2014 NBA champion with Indigenous heritage, told reporters.

"Last night (in Australia's game) it seemed like it was a team thing that everyone got behind. Whatever is done should not distract them from the game they played last night."

"It is one of those things as a team, the little things that you try to find to bond," Mills said, adding his teammates had not yet discussed whether they would be doing anything similar. 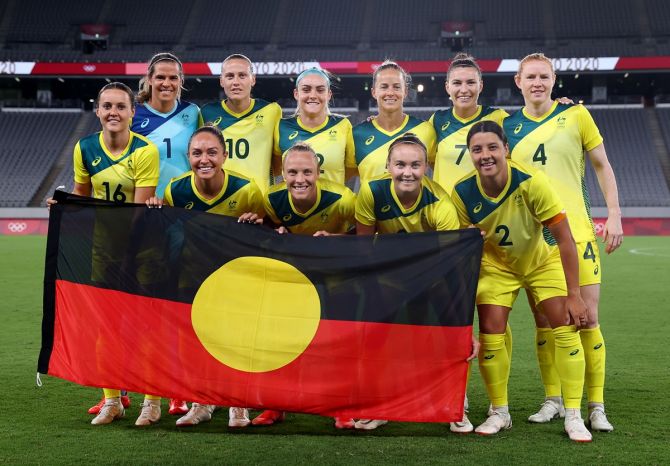 Black players in the England men's team were subjected to a storm of online racist abuse this month after their Euro 2020 final defeat, drawing widespread condemnation from the squad's captain, manager, royalty, religious leaders and politicians.

The International Olympic Committee's Rule 50 forbids any kind of "demonstration or political, religious or racial propaganda" at the Games but, under mounting pressure, the Olympic body recently relaxed it for the Tokyo Games.

Athletes can now express themselves on the field of play as well, apart from press conferences and interview, as long as other competitors are unaffected by their gesture.

Any protests, such as taking the knee or raising the fist, on the podium remain banned.

The Tokyo Olympics, which officially open on Friday, will not have any fans in the stands due to the coronavirus pandemic.

© Copyright 2021 Reuters Limited. All rights reserved. Republication or redistribution of Reuters content, including by framing or similar means, is expressly prohibited without the prior written consent of Reuters. Reuters shall not be liable for any errors or delays in the content, or for any actions taken in reliance thereon.
Related News: New Zealand, Australia, International Olympic Committee's Rule, Mills, Tokyo
COMMENT
Print this article 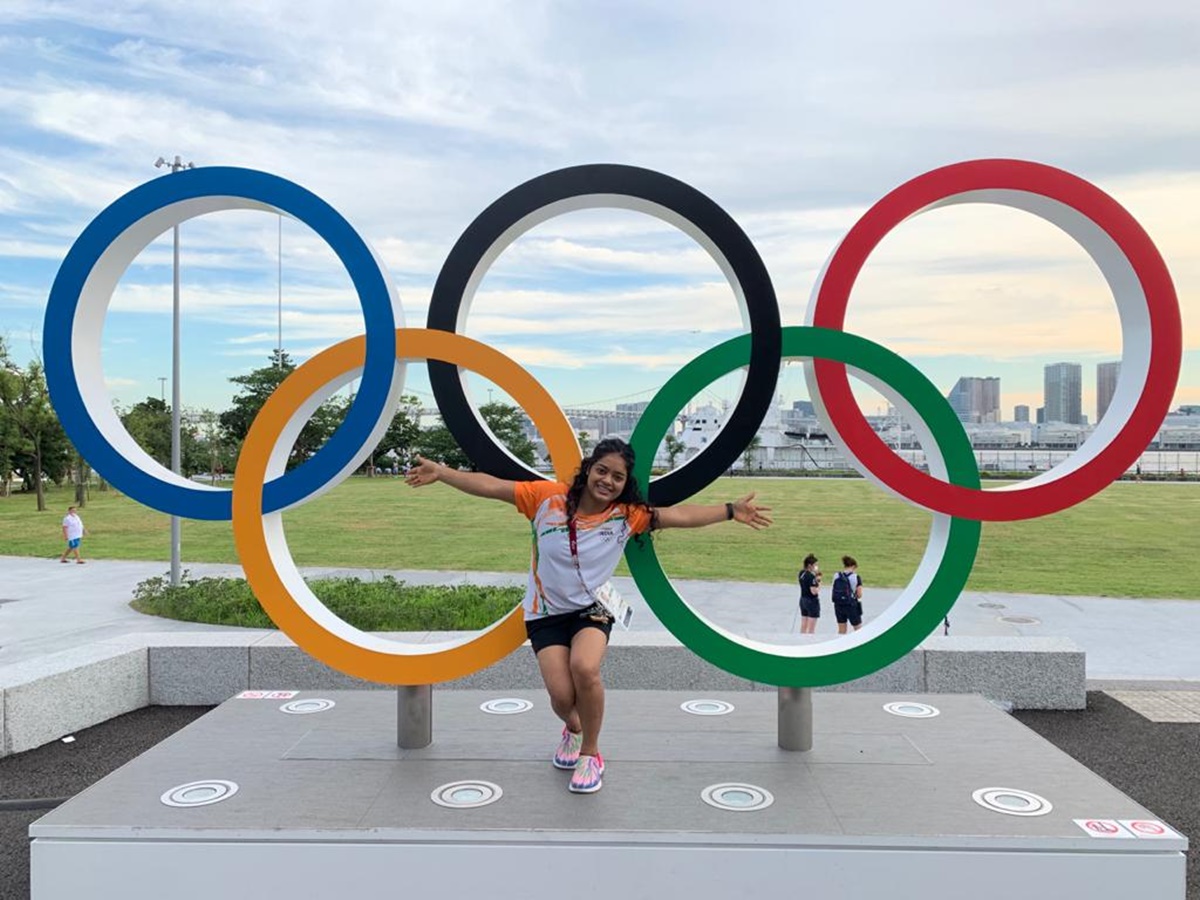