Two more members of the Czech Olympic team have tested positive for COVID-19, taking the total to six, and the country's Olympic Committee has launched an investigation into a charter flight bringing athletes to Tokyo.

The Czech Olympic Committee (COV) said on Thursday women's beach volleyball player Marketa Nausch-Slukova and cyclist Michal Schlegel were the latest to test positive, raising the number of Czech athletes at the Tokyo Olympics infected by the virus to four, plus two other team members including Nausch-Slukova's husband and coach Simon Nausch.

Slukova finished fifth at the London Olympics in 2012, and she is now 16th in the world rankings with her team mate Barbora Hermannova.

"It's awfully sad for me, that Barbora and me, we had to quit this way," Slukova said.

The infected athletes were on a charter plane that took part of the Czech team to Tokyo last Friday, together with the first identified case, doctor Vlastimil Voracek, the COV said. Czech media reported Schlegel was also on the flight.

The doctor was not vaccinated against COVID-19, Czech media reported, although that was not a condition of participation. A spokesman for the Czech Olympic Committee said he could not confirm this as he did not have the doctor's consent.

The Czech Olympic Committee has launched an investigation into the virus spread on the flight, which took 14 athletes to Tokyo from Prague.

"The investigation will focus on whether all safety measures against COVID-19 spread were upheld before, during, and after the flight and whether some individuals have neglected their duties," the Committee said.

The team said other people on the flight have been tested again by PCR tests which were all negative.

Dutch taekwondo competitor Reshmie Oogink was lost for words on Thursday after testing positive for COVID-19, ending her Olympic dream before it even began.

"I am speechless," said Oogink, who was scheduled to compete in the women's +67 kg category, adding that she had worked hard to participate in the Games.

"I even overcome major knee injuries and now it has come to a sudden end. This is the end of my career," the 31-year-old said.

The Dutch Olympic team said that a staff member of the country's rowing team had also tested positive. Both have begun a 10-day quarantine.

Oogink, 29th in World Taekwondo's Olympic ranking, is the second Dutch Olympic athlete to test positive for COVID-19 after skateboarder Candy Jacobs was found to have the virus on Wednesday.

The delegation's Chef de Mission Pieter van den Hoogenband said they were doing everything to keep infections to a minimum.

"Everyone knows very well what is in the playbook and that there are measures," Van den Hoogenband told reporters at a news conference late afternoon on Thursday.

"We manage that. It's of course true that there's even more attention to really comply with it perfectly, but that was actually the case already."

Oogink is not the first taekwondo player to test positive. A Chilean athlete on Wednesday came up positive and planned to withdraw from the Games.

© Copyright 2021 Reuters Limited. All rights reserved. Republication or redistribution of Reuters content, including by framing or similar means, is expressly prohibited without the prior written consent of Reuters. Reuters shall not be liable for any errors or delays in the content, or for any actions taken in reliance thereon.
Related News: Tokyo, COVID
SHARE THIS STORYCOMMENT
Print this article 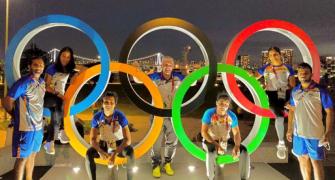 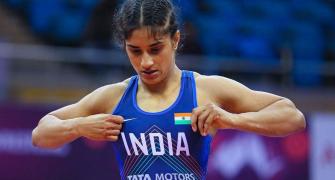 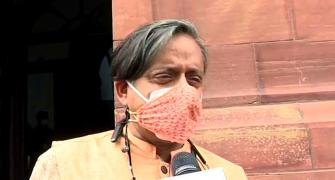 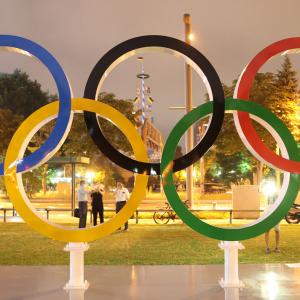 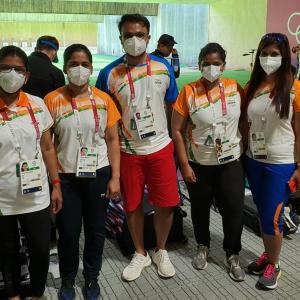