Tata Open: Nagal loses to Troicki in first round 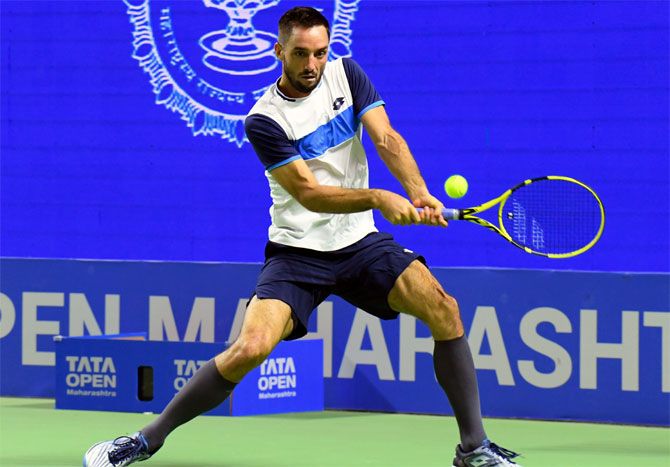 IMAGE: Serbia's Vicktor Troicki in action against India's Sumit Nagal in the opening round of the men's singles at the Tata Open Maharashtra, in Pune, on Monday. Photograph: Tata Open

India's Sumit Nagal put up a strong fight before going down in three sets to Serbian Vicktor Troicki in the men's singles opening round in the third edition of the Tata Open Maharashtra, in Pune, on Monday.

India number two Nagal, who took a set against legendary Roger Federer during his debut Grand Slam match at 2019 US Open, showed immense resistance before going down 2-6, 7-6(7-4), 6-1 to the former world No. 12.

Comeback man Cedrik-Marcel Stebe of Germany began his campaign with an impressive 6-3, 6-4 win over last year's runner-up Ivo Karlovic in his first round on the opening day of South Asia's only Tour event at Balewadi staidum.

Fifth-seed Yuichi Sugita also made his way into the second round with a convincing 6-3, 6-0 win over Italian ace Thomas Fabbiano.

The 28-year-old Stebe, who has been plagued with numerous injuries that forced him to skip almost all the action between September 2013 and March 2016, dominated the former world No. 14 in the first set. 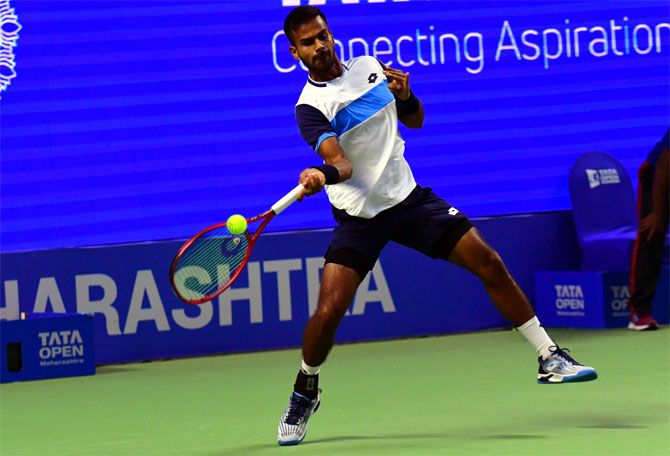 Karlovic, however, tried to gain some momentum with two points before the German wrapped up the set as well as the match.

"My number one priority would be to stay healthy and keep myself away from any major injury. I started off a bit slow. I knew I want to focus on my game. That kept me going," Stebe, who is making his first appearance here, said after the match.

The second day of the India's premier P 250 event will see legendary Leander Paes in action. The eight-time Grand Slam doubles champion, Paes, who has partnered Australian Mathew Ebden, will be up against Divij Sharan and New Zealand's Artem Sitak.

While, the India No. 1 Prajnesh will take on Germany's Yannick Maden, local boy Kadhe will face Czech player Jiri Vesely. 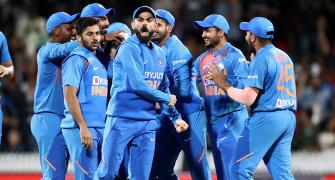 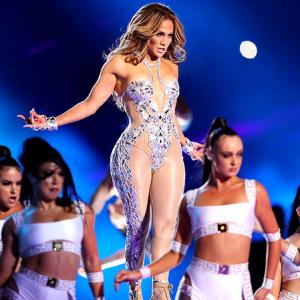 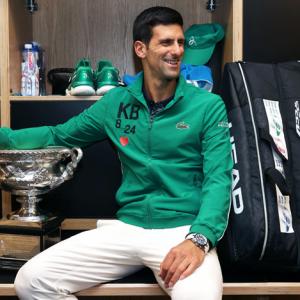