Sutil set for Formula One return

Force India ruled Frenchman Jules Bianchi out of the reckoning for the last remaining race seat in Formula One on Wednesday, leaving the way open for Germany's Adrian Sutil to make a comeback.

Todt, whose father Jean is president of the sport's governing International Automobile Federation (FIA) and a former Ferrari team boss, said he was now looking at what other options his young driver might have. 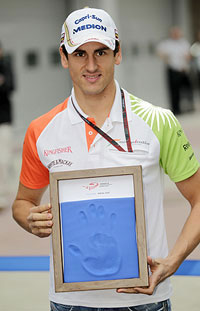 "It's a big disappointment," added Todt, who also manages Venezuelan Pastor Maldonado and Brazilian Felipe Massa in F1. "I am a very realistic person but I was very hopeful he would get this drive."

Bianchi was Force India's reserve last year and could continue in that role.

However, Ferrari have also expressed an interest in having him as an understudy to Fernando Alonso and Massa.

"We are looking around in F1 but there are very few options," said Todt.

There was no comment from the Silverstone-based team, owned by Indian drinks mogul Vijay Mallya and the Sahara Group, with Briton Di Resta due to start the final four-day pre-season test in Barcelona on Thursday.

Sutil was Bianchi's rival for the seat with the pair both given track time at the previous test at the Circuit de Catalunya last week.

The 30-year-old German was dropped by the team in 2011 and has a conviction for grievous bodily harm following a nightclub brawl in Shanghai after the 2011 Chinese Grand Prix.

Sutil's 18-month jail sentence was suspended and he was also fined 200,000 euros for the incident that left Eric Lux, then chief executive of Renault F1 (now Lotus) owners Genii Capital, needing stitches for a neck wound caused by a champagne glass.

Second chances are rare in Formula One, particularly for a driver on the wrong side of 30, but the Force India drive was about more than just talent with commercial considerations coming into play.

Bianchi is a Ferrari academy driver and had been linked to a possible supply of the Italian engines down the line, maybe in 2014 when the rules change dramatically, with mid-grid Force India currently powered by Mercedes. 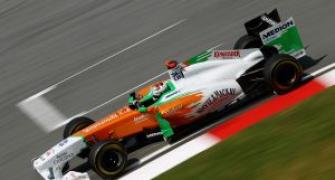 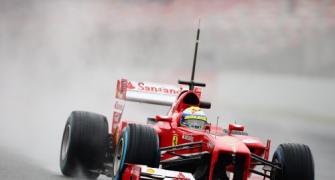 Ferrari doubt they will be fastest in Australia 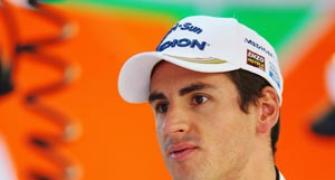 Sutil at Force India for seat-fitting ahead of test 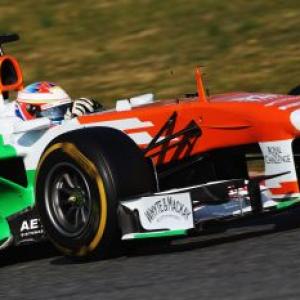 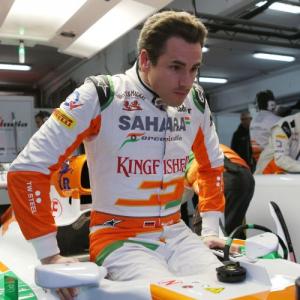 Sutil back at the wheel in Force India F1 test