Suarez devastated after Uruguay crash out of Copa 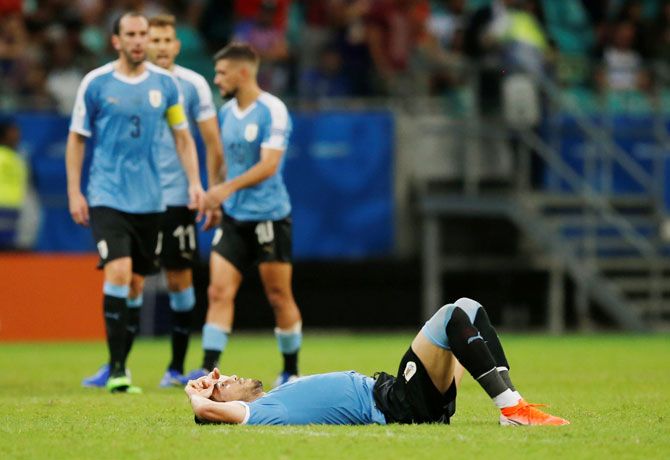 Luis Suarez broke down in tears after his shootout miss saw Uruguay dumped out of the Copa America by unfancied Peru on Saturday, the 15 times champions losing 5-4 on penalties after having three goals ruled out in a scoreless draw.

Suarez spurned the first penalty of the shootout, his effort bouncing off the chest of Peru goalkeeper Pedro Gallese, to complete a frustrating evening for Uruguay's all-time top scorer, who also had a goal ruled out for offside.

Every other player converted their spot kicks and Edison Flores sealed Peru's place in the last four by blasting past Fernando Muslera.

Suarez, who rushed back to full fitness after undergoing knee surgery in May in order to make it for the Copa, covered his face with his shirt and was consoled by team mates after the shootout defeat.

"Luis was very sad, he ended up missing in a decisive moment but that's football and life," Edinson Cavani told reporters.

"Sometimes you win, sometimes you lose. We have won the Copa before but today we have to accept that we are out."

Peru will face neighbours Chile in the last four, with tournament hosts Brazil meeting arch rivals Argentina in the other semi-final clash.

"I am very proud. I am speechless," said striker Paolo Guerrero after scoring in the shootout.

"People said before Uruguay were the favourites but being favourites means nothing in football, especially in South America."

Uruguay dominated the play during the game but Cavani, Giorgian de Arrascaeta and then Suarez all had goals chalked off for offside which were each verified by VAR checks.

They became the third team in this tournament to lose a quarter-final tie on penalties after a goalless draw after Paraguay were beaten by Brazil and Chile beat Colombia on spot-kicks.

There is no extra time in Copa America quarter-finals in the event of a draw, although 30 minutes will be added on in the semi-finals and final if necessary.

"We were just missing a goal, we kept looking for it but it didn't come and if we had scored it would have been a different game," he said.

"We played well, but unfortunately we've been knocked out. We couldn't score and they struck their penalties better than we did."

Uruguay won the Copa America for a record 15th time in 2011 but they have underachieved in their last three appearances, losing to Chile in the last eight in 2015 and exiting in the group stage in 2016.

"This is a huge disappointment because we came here wanting to win and we tried to impose ourselves on the game," added Uruguay coach Oscar Tabarez.

"We have to accept the defeat and congratulate Peru because they didn't do anything against the rules. They tried to slow down the game and they didn't take risks, something we have done many times before."

© Copyright 2020 Reuters Limited. All rights reserved. Republication or redistribution of Reuters content, including by framing or similar means, is expressly prohibited without the prior written consent of Reuters. Reuters shall not be liable for any errors or delays in the content, or for any actions taken in reliance thereon.
Related News: Copa America, Uruguay, Peru, Luis Suarez, Edinson Cavani
SHARE THIS STORYCOMMENT
Print this article 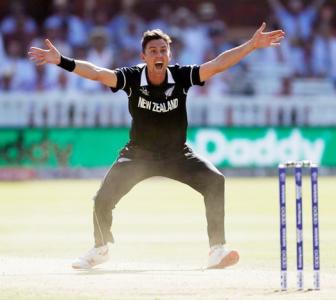 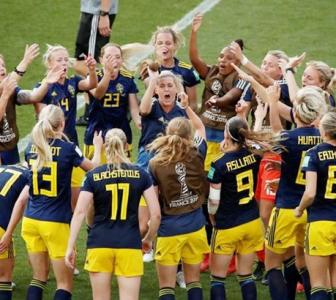 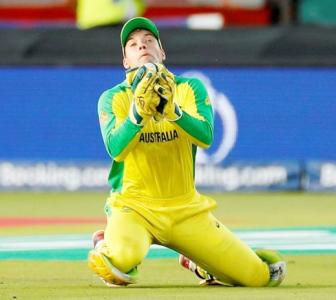 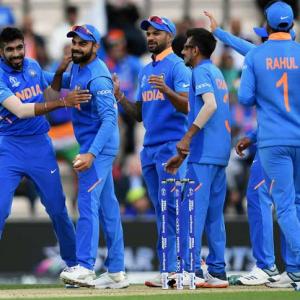 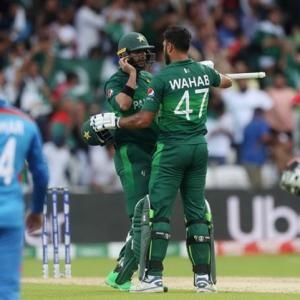