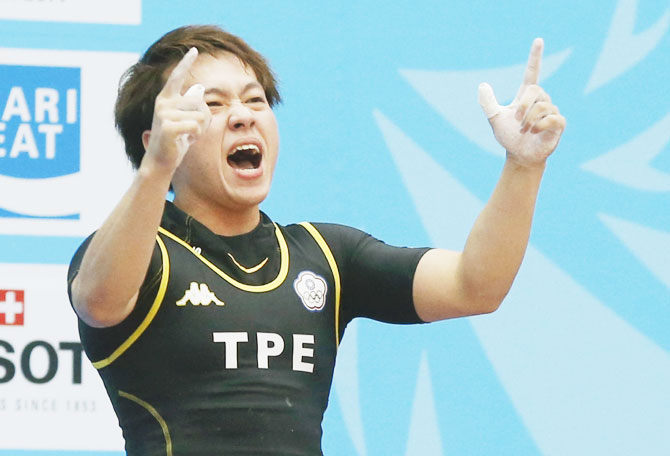 Taiwan's Lin Tzu-chi, a former weightlifting world record holder, has been banned for eight years for a doping offence by the Court of Arbitration for Sport (CAS), the tribunal said in a statement on Thursday.

Lin, who broke two world records in the women's 63 kg category at the 2014 Asian Games in South Korea, was initially banned for two years by Taiwan's Olympic Committee after a positive test for steroids in June 2016, CAS said.

However, CAS said it had accepted an appeal from the World Anti-Doping Agency (WADA) which wanted the ban increased as it was the 30-year-old Lin's second doping violation.

"The sole arbitrator. ... found that (Lin Tzu Chi) had indeed committed a second anti-doping rule violation and determined that she should receive an eight-year ban," CAS said in a statement.

Lin set her world records in the clean and jerk and overall lift at the Asian Games in Incheon. She hoisted 145 kg with her final lift, adding 2 kg to the previous record, which gave her an overall total of 261 kg and another world record.

China's Deng Wei overhauled those records at the 2016 Rio de Janeiro Olympics, where Lin, who also tested positive for a banned substance in 2010, withdrew hours before the event.

Boxing faces an uncertain Olympic future but the world body chief Gafur Rakhimov Wednesday said the sport will remain in the 2020 Tokyo Olympic Games roster having made improvement on several aspects as sought by the International Olympic Committee (IOC).

The sport risks ejection from the Olympics after controversial Uzbek businessman Rakhimov was elected AIBA president this month. Whether boxing will be in the 2020 Olympics will be decided at an executive commission meeting of the IOC in Tokyo next month.

Rakhimov's election has caused consternation at the Olympic movement with the 67-year-old linked to organised crime by the US Treasury Department. He has, however, vehemently denied the allegations.

Addressing a press conference after declaring the 10th Women's World Championships open, Rakhimov said he was confident of boxing's future as an Olympic sport.

"There is nothing to worry. These (issues) has been happening for many years and we have been correcting them. It has nothing to do with one person and the person's interest will not be above boxing. Boxing will always be in Olympics," he said.

"We are doing a lot for the boxers. In the last 10 months at the helm of affairs at the AIBA, we have brought a lot of reforms and improvement. We will continue to give the best for our boxers."

Asked about the report submitted by the AIBA to the IOC ahead of the Olympic umbrella body's executive committee meeting in Tokyo next month, Rakhimov said, "The areas of concern were accumulated for many years. These include anti-doping, refereeing integrity, governance and financial aspects.

"This report also combined information from Youth Olympic Games for refereeing which was well welcomed by the IOC as well as anti-doping cases, WADA cases that AIBA is now 100% compliant. AIBA always looks forward to cooperation with the IOC in order to improve any area which we are lacking and which have been of concern by National Olympic Committees."

The Spanish government has decided to allow athletes from Kosovo to use their national symbols, anthem, and flag while participating in international sporting events being held in the country.

Josep Borrell, the Minister for Foreign Affairs, the European Union and Cooperation stated that that Spanish government has allowed the Kosovan sports delegations to compete in the country with the relevant visa and has authorised the athletes to use their own national symbols, anthem, and flag, in accordance with the Olympic protocol.

The decision was communicated on Wednesday by a letter to the COE president Alejandro Blanco.

The government has also ensured that the athletes can participate under the same conditions as all the other athletes from the 206 National Olympic Committees recognised by the IOC.

Spain is one of the few European Union countries that doesn't recognize Kosova, which declared independence from Serbia in the year 2008. 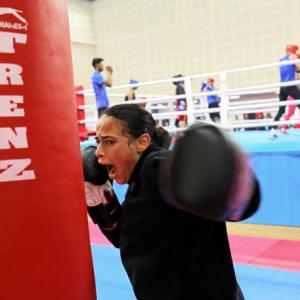 Why India may miss out on hosting big-ticket events