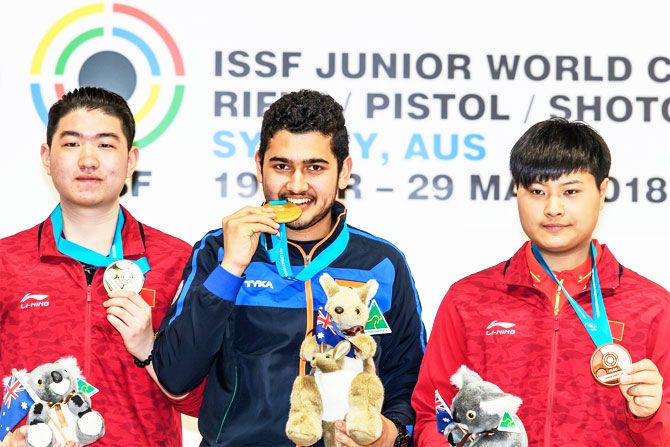 IMAGE: India's Anish Bhanwala on the podium with his gold medal at the ISSF Junior Shooting championships in Sydney on Monday. Photograph: ISSF/Twitter

Rising shooter Anish Bhanwala secured India a third individual gold medal at the ISSF Junior World Cup when the 15-year-old finished atop the podium in the men's 25m rapid fire pistol in Sydney on Monday.

Having qualified for the final with the highest score, Bhanwala prevailed over compatriots -- Anhad Jawanda and Rajkanwar Singh Sandhu -- and three Chinese participants in the medal round.

India are now placed second in the overall standings with 15 medals -- comprising six gold, three silver and six bronze -- behind China and ahead of top shooting nations such as Italy and hosts Australia.

Anish, who was placed seventh in this event at the ISSF World Cup Stage 1 in Guadalajara, Mexico earlier this month, led the match since its very first stage, as he was the only shooter able to nail a perfect 5-hit series during the whole final.

After recording the highest qualification score with 585 points, Anish concluded with 29 total hits, pocketing the first international gold medal of his career in this event.

Two Chinese shooters placed alongside him on the rapid fire pistol podium -- 19-year-old Cheng Zhipeng took silver with 27 hits, adding it to the bronze he won at last year's ISSF Junior World Championship in Suhl, Germany, while Zhang Jueming (20) finished with 23 and claimed bronze in his first Junior World Cup start ever.

Appearing in his second final at the ISSF Junior World Cup, Jawanda finished just outside the medal positions, finishing fourth with 17 hits and improving from the seventh position he obtained two days ago in the air pistol event.

Jawanda was followed by the third Chinese final participant — 19-year-old Pan Junchen — who scored 12 hits and took the fifth place in his first Junior World Cup start ever.

Eliminated after four series, India's 15-year-old Rajkanwar Singh Sandhu signed off with 7 and was placed sixth in the first international appearance of his career.

The Sports Ministry today cleared a 325-member Indian contingent, including 221 athletes, for the Commonwealth Games in Gold Coast next month, but dropped two contingent staff named by the Indian Olympic Association.

The contingent has 58 coaches, 7 managers, 17 doctors and physiotherapists and 22 other officials (104 non-athletes in all).

Not all the officials are, however, going to the Gold Coast Commonwealth Games on government cost. The government will bear the cost of only 54 coaches, 16 doctors and physiotherapists and 19 other officials (89 in all), besides the 221 athletes.

P V Sindhu's mother Vijaya Pusarla and Saina Nehwal's father Harvir Singh are among the 15 officials/non-athletes who have been cleared on no cost to government. They have not been given any designation in the list issued today by the ministry.

The seven managers have also been cleared at no cost to the government and the federations will have to spend for them from their own pockets.

The number of athletes will, however, be reduced to 219 as long jumper M Sreeshankar has been ruled out due to a surgery to remove appendix and paddler Soumyajit Ghosh has been provisionally suspended by his federation after an 18-year-old woman levelled allegations of rape against him.

The IOA had included Arun Mendiratta as the chief medical officer of the contingent and Hema Valecha as one of the physiotherapists but the duo's named has been struck off by the government.

Otherwise, the government cleared all the officials submitted by the IOA who had said that the extra officials beyond the 33 per cent of the number of athletes will go on the cost of federations.

Earlier, there was a speculation that the ministry would strictly follow the 33 per cent of athletes' rule while clearing the officials even if they were to go at no cost to the government.

But the ministry in the end decided not to tinker much with the list sent by the IOA except that the government chopped off the chief medical officer's name and that of the physiotherapist.

"As regards inclusion of support staff such as coaches, physiotherapists, masseurs, doctors, managers, officials etc, the ministry expects and believes that IOA and concerned National Sports Federations would have done it in keeping in mind best of national interest and sports," the ministry said.

The seven gymnasts -- 3 men and 4 women -- will compete in the CWG without any coach or any other support staff as no official has been named to accompany them.

There is still discrepancy in the list of the athletics team with the names of Jinson Johnson (1500m) and quartermiler Arokiya Rajiv (for 4x400m relay) not in the list. The names of Ajay Saroj (1500m) and Sumit Kumar (4x400m relay) -- both of whom were not named in the team announced on March 10 -- were there in their place.

An Athletics Federation of India official, however, said that the matter will be sorted out.

The request made by AFI and IOA for a late inclusion of high jumper Siddhart Yadav, Viajayakumari (4x400mrelay) and long jumper M Sreeshankar has been accepted by the organisers. Sreeshankar though will miss the CWG as he had a surgery to remove his appendix on Sunday at Palakkad in Kerala.

The ministry said the IOA, Sports Authority of India and National Anti-Doping Agency and concerned NSFs should conduct dope tests of the athletes.

The 221 athletes and the 54 coaches will be given an out of pocket allowance of $ 50 per day while the 16 doctors and physiotherapists and 19 other officials (except for managers) will get $ 25 per day.

Indian golfer Aditi Ashok turned in a brilliant seven-under 65 to sign off tied 14th at the Kia Classic, earning herself a spot in the season's first Major for women -- the ANA Inspiration this week.

Overnight tied 20th, Aditi, who carded 70-72-71 on the first three days, saved her best for the last at the Aviara Golf Club, sending down eight birdies against a bogey in the final round. That took her to 10-under 278 and she ended six spots behind the winner, Eun-Hee Ji of Korea (67).

It was also an early birthday present for Aditi, who turns 20 on March 29, when the ANA Inspiration tees off.

Eun-Hee Ji won with an ace on Sunday's closing stretch to capture her fourth career win on the LPGA Tour at the Kia Classic. She aced the 166-yard par-three, 14th hole and got a brand new 2019 Kia Sorrento. Ji carded a final round five-under 67 to win by two strokes ahead of Cristie Kerr and Lizette Salas.

Aditi opened with a birdie and then dropped a shot on the sixth. But birdies on seventh and ninth saw her turn in two-under. Still there was no indication of the birdie spree that came on the back nine. She birdied 11th, 13th, 14th, 16th and 17th to gain five strokes in last eight holes.

The result also helped her move from 87th to 63rd as the Top-80 on the Money list qualified for the first Major at Mission Hills Country Club in Rancho Mirage.

"My game is in a really good place heading into the ANA," Aditi told LPGA.com.

"It's unfortunate that I wasn't already in the field (for the ANA Inspiration) before this week. I missed out via the money list from last year by just a few spots.

"Now that I'm there, I'm sure my game is ready and I'm really looking forward to it. It will be amazing to be at ANA during my birthday week."

Last week Aditi closed with a 68 at Bank of Founders Cup in Phoenix.

Aditi is a three-time winner on the Ladies European Tour. 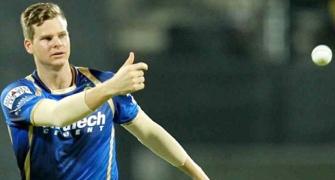 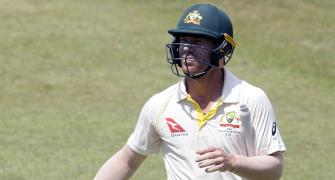 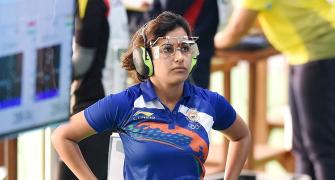 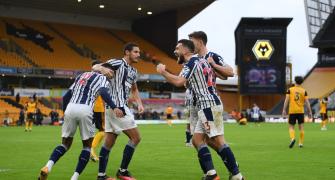 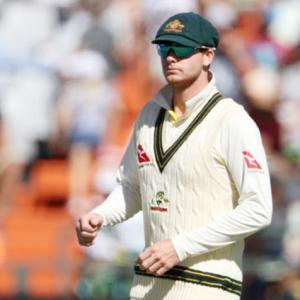 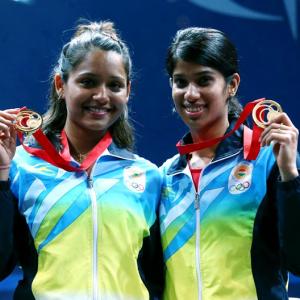