A champion salutes another champion 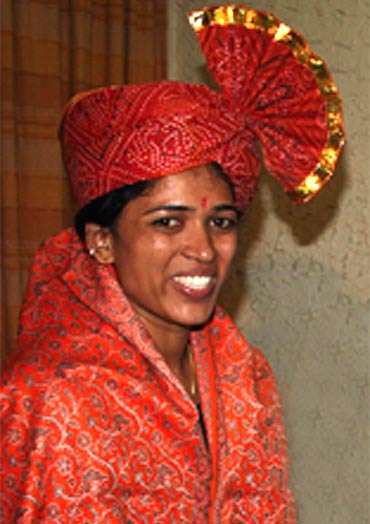 Now a management strategist living in New York, Unnikrishnan, who won India a gold medal at the 1998 Commonwealth Games, salutes the new champion and reflects on her sporting days in India.

"Blast from the past... my 1998 national record (594/600) has been broken by the Indian shooter Tejaswini Sawant (Kolhapur, Maharashtra) at the 50th World Shooting Championship at Munich, Germany!" Congratulations Tejaswani!"

Some responses:
RP: A bitter sweet moment I guess!!
Me: Sweet, actually. It isn't often that it takes 12 years for a record to be broken Also, I love that the sport is really producing such stars... we need all the cheer we can get!
PM: Wow, that is a long time for "the next Roopa" to emerge in Indian shooting!
RVT: You can still try for your dream target of 600 !.......... Why give up so fast ?..............go Roopa go ..........
Me: ol creaky bones....
HP: No way. You looked pretty spry (and not creaky at all) on the racquetball court!
HK: congrats...for holding the record for 12yrs! thats something alright!
SK: hey roopa, wonder if we ever told you among the various mundane things that school was, how proud we were that one among us was reaching for the stars with tremendous hard work and determination! still very proud of you!!

In past weeks, I had two occasions to reflect on my shooting days from what seems like a long time ago. It's been seven years since I went shooting last... and it's nice to see the amount of progress we've made in India in that time.

The first story, of course, is that Tejaswani Sawant has made us proud -- a World Championship Gold is an amazing achievement and should be lauded and celebrated everywhere.

What heartens me is that Tejaswani's road to medals continues to be one where family and friends remain the lynch-pin of the journey... but now companies like Sahara have stepped forward to support the heroes of the sport as well.

I remember the day I was at Fort Benning -- the first time I shot a 594/600 in competition and set the last Indian record (I repeated it later that year at the Bangalore National Games.)

The faint smell of gun oil and (gun)powder as you settle into position, focus, and focus all your attention on the perfect shot. And then 59 perfect shots after that, one after the other with absolute dispassion.

It all flashed back, and I was one with Tejaswani for a moment. KUDOS, dear girl!

The vagaries of shooting can mean that you can shoot many 100/100 series in practice sessions, but a slight wind, a change in light, and, of course, an exuberant heart rate can all mean that a perfect 600 can be elusive. 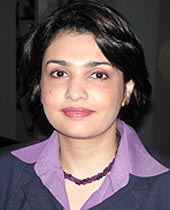 in earnest in 1985 as a young child, and there were years of practice that resulted in my inching up to 589, where the record stood for a few years. Then I managed to spurt up to 594.

I imagine the road has been just as tough for Tejaswani. Hard evenings of 3-hour sessions practicing the perfect hold, weekends disappearing in the single-minded pursuit of the perfect series...

And no matter how well you hone your skills, it's still a bit of a shock when you get to a new shooting range, and see all those international competitors who all seem to have the best equipment and loads of coaching.

I know India has made strategic decisions to invest in top shooting talent and we've been helping our shooters go out to key venues to experience the competition.

I cannot emphasise how important my time away from university was to giving me the sense of confidence to take on competitors at competitions like the Commonwealth Games.

The impact of shooting is always close to the surface in my life. I can still hear my coach Jallal-uncle's voice when I'm in a tough spot... "Take one shot at a time." Or one moment at a time.

"You can do it," my parents said every step of the way... and that's what keeps me exploring interesting new avenues at work.

"The last shot is over... don't be too happy or too sad. It's now immaterial. Focus on the next shot," they'd say.

If that's not a Vedantic approach to life, not sure what is!

To that end, I exhort Indian parents to invest in sports like shooting. The victories that are close at hand for the country is one thing. The life lessons they can teach our daughters and sons is another, more vibrant legacy.

My little twins have taken to fencing... an equally complex and complicated sport. I enjoy the fact that for the hours that they are at fencing class, they learn to focus, and learn that it's fine to win or lose, as long as you've tried with all your heart!

The second story that made some news and got me thinking about the good (or bad) old days is quite different.

It makes sure I end on a note of continued optimism, around the idea of Arjuna Award recipients being potentially awarded pensions under the central government.

Kudos to my personal hero P T Usha for getting the idea into serious consideration.

I must admit that as a young sportsperson in India, there was nothing as depressing as the articles that would appear once in a while about retired sportspeople having to hawk their medals and awards to pay for food and rent. That was the ultimate insult.

To have dedicated so much time and heartache on a sport, representing your country, and then be impoverished was almost as bad as being an ancient gladiator.

They didn't throw you to the lions, but indifference and obscurity can be just as horrendous.

From afar, I wish the Arjuna Awards panel, P T Usha and Tejaswani my very best.

To have been part of the Great Indian Sports Journey will always be a glittering memory to me and my family!

I hope that all I read as a distant, distant bystander is not as dire as it really is...

India has the sports people, the organisational skills and raw talent to run a fantastic show. Let's do it!! 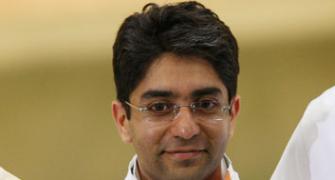 Explained: The hue and cry over the Commonwealth Games 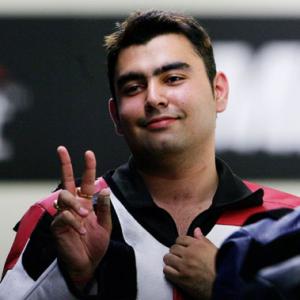