Champions Bayern Munich had to work their way back from a goal down in their Bundesliga season opener on Friday as they earned a 1-1 draw at Borussia Moenchengladbach thanks to last season's top scorer Robert Lewandowski.

The Bayern forward, who scored an all-time league record 41 goals last season, but was repeatedly denied by Gladbach keeper Yann Sommer, volleyed in from a corner to level in the 42nd minute after Alassane Plea had put the hosts in front in the 10th.

The Bavarians were also lucky not to concede a penalty after Marcus Thuram twice went down in the box after contact with Dayot Upamecano.

"It was a game that was exciting for fans. Obviously you cannot be satisfied with a draw," said new Bayern coach Julian Nagelsmann, whose team is hunting a 10th straight league crown.

"It was a bit wild, a bit too open but both teams had good phases.

"We did not start well and lost possession too often. We did it better and were really strong in the final 20 minutes of the first half when we scored."

There was, however, no time for Nagelsmann and the champions, who had won none of their four pre-season warmup matches, to settle in, with Gladbach instantly pressing high and Patrick Herrmann firing narrowly wide in the fourth minute.

With 23,000 fans allowed in the 60,000-capacity and firing up the home team, Herrmann should have finished a quick break himself a little later, instead of miscuing a pass for Lars Stindl.

With Bayern's backline repeatedly caught out of position or losing possession, Plea did not miss when he latched on to a well-timed through ball from Stindl in the 10th minute to rifle past keeper Manuel Neuer.

Bayern upped the tempo and Lewandowski twice came close to levelling but both times Sommer was in position to deny the striker.

Lewandowski, however, moved quickly to beat his marker three minutes from halftime to volley in the equaliser, and he came close adding a second early in the second half but was denied by yet another superb Sommer save.

Gladbach's Marcus Thuram also should have done better when he failed to connect with the ball in front of goal late in the game. He then twice protested for a penalty after the challenges by Bayern's Upamecano.

"You could see there was contact," said Gladbach coach Adi Huetter.

"But it makes no sense complaining now. A penalty was not given."

A coolly taken penalty by midfielder Carlos Soler gave 10-man Valencia a 1-0 win over Getafe after the home side had defender Hugo Guillamon sent off in their LaLiga season opener on Friday.

After Guillamon was shown a straight red card in the fourth minute for a studs-up challenge on Getafe midfielder Nemanja Maksimovic, Soler sent visiting goalkeeper David Soria the wrong way in the 11th minute.

Valencia always looked dangerous on the break in the first half and Soria denied them a second when he blocked Denis Cheryshev's shot in the 36th minute, with Getafe's possession failing to produce chances at the other end.

Mauro Arambarri twice rattled the woodwork for Getafe in the second half as the visitors piled the pressure in search of an equaliser, but Valencia held on with some rugged defending in the closing stages.

Monaco stretched their winless Ligue 1 start to two games after a first-half penalty from Terem Moffi gave Lorient a 1-0 win over the principality side on Friday.

Moffi converted the 31st-minute spot kick after he was hauled down by Ismail Jakobs shortly after Sofiane Diop skied his shot over bar from a good position at the other end.

Monaco had 72 percent of the possession in the first half but Lorient came close to doubling their lead when left back Vincent Le Goff shaved the top of the bar with a cross-turned shot in the 43rd minute.

Defender Strahinja Pavlovic glanced a header inches wide for the visitors shortly after the break but that was as close as they came to an equaliser as they created little up front against a packed Lorient defence.

In Saturday's standout fixture, Paris Saint Germain are at home to Strasbourg with new signing Lionel Messi to be presented to the fans before the kick-off.

© Copyright 2021 Reuters Limited. All rights reserved. Republication or redistribution of Reuters content, including by framing or similar means, is expressly prohibited without the prior written consent of Reuters. Reuters shall not be liable for any errors or delays in the content, or for any actions taken in reliance thereon.
Related News: Bayern Munich, Valencia, Robert Lewandowski, Getafe, Gladbach
COMMENT
Print this article 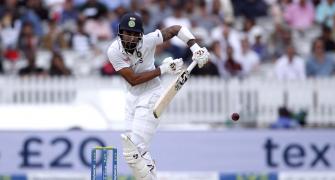