IMAGE: Frenchman N'Golo Kante had been training individually at Chelsea's Cobham training ground after he expressed concerns over his safety due to the COVID-19 pandemic, and was initially granted compassionate leave to miss the squad's return to training. Photograph: Alex Livesey/Getty Images

Chelsea midfielder N'Golo Kante has made a return to full contact training on Tuesday ahead of the Premier League restart next week.

Kante had been training individually at Chelsea's Cobham training ground after he expressed concerns over his safety due to the COVID-19 pandemic, and was initially granted compassionate leave to miss the squad's return to training.

However, the 29-year-old was reintegrated with Frank Lampard's first team squad, and the World Cup winner will be expected to play a pivotal role in the closing stages of the campaign.

"Kante joined in as the team indulged in a series of different skill activities using various props," Chelsea said in a statement.

"The midfielder looked sharp as he took part in a series of rondos before finding the net with a smartly placed shot in the practice game."

Chelsea will restart their Premier League campaign against Aston Villa on June 21.

With nine games remaining, Lampard's side sit fourth in the standings, three points clear of Manchester United, as they chase Champions League qualification.

Liverpool midfielder Adam Lallana has signed a short-term contract extension to stay at Anfield for the remainder of the season, the Premier League club said on Tuesday.

Lallana, 32, was set to leave on a free transfer when his contract expires on June 30 but will now see out the remaining nine matches of the campaign with Juergen Klopp's side as they aim to secure their first league title since 1990.

The 2019-20 season is set to restart after a lengthy hiatus enforced by the COVID-19 outbreak, with Liverpool facing Everton in their first match back on June 21.

"I am really pleased to have the chance to finish this season – it means a lot to me and my family,” England international Lallana told the club's website.

"I feel in my time at Liverpool I've always looked to do the right thing for the team, the manager and the club in every decision I've made.

"I think this one fits into that category as well, so I'm buzzing to be seeing out this campaign and hopefully get to celebrate something memorable with an amazing group of people."

Lallana, who joined from Southampton in 2014, has struggled with injuries over the last two season and has featured in 15 league games during the current campaign.

"I know how highly sought after Adam is in this moment by other clubs who want him for next season, so for him this is a commitment to us and we are very appreciative to him for it," said Klopp.

Paris St Germain captain Thiago Silva is to leave the Ligue 1 champions after eight years at the club, French media have reported.

The Brazilian defender Silva was hoping to remain with PSG for two more years but was informed by the club's sporting director Leonardo that his contract would not be extended beyond the end of the Champions League campaign, L'Equipe reported late on Monday.

The 35-year-old joined the French side from AC Milan in 2012 and made over 300 appearances, winning seven league titles, five League Cups and four French Cups.

Amiens and Toulouse were given a lifeline on Tuesday when France's top administrative court suspended their relegation from the Ligue 1 soccer championship, although it upheld the curtailment of the season amid the COVID-19 crisis.

The LFP ended the Ligue 1 and Ligue 2 seasons in April with 10 games remaining after the government said no professional sport would be allowed to return before September.

That meant seventh-placed Olympique Lyonnais, a point off the Europa League qualifying spot, missed out on European football through the standings. It also meant Amiens and Toulouse, who were adrift at the bottom, were relegated.

All three clubs appealed the decision to end the season.

"The judge validates the terms defined by the league, in particular for the classification of the Ligue 1 championship," the State Council said in a statement on Tuesday.

"The judge in summary proceedings suspends relegation to Ligue 2 of Amiens and Toulouse," it added.

Given that Lorient and Lens have been promoted from Ligue 2, the State Council also ordered the LFP to review its championship format for next season. That could ultimately lead to a 22-team league for the 2020-21 campaign.

Since the April decision, the government has given the green light for French cup final matches to be played before September without fans in attendance, while the 2020-21 season is due to begin on Aug. 22. Training for teams has also now resumed.

© Copyright 2020 Reuters Limited. All rights reserved. Republication or redistribution of Reuters content, including by framing or similar means, is expressly prohibited without the prior written consent of Reuters. Reuters shall not be liable for any errors or delays in the content, or for any actions taken in reliance thereon.
Related News: Chelsea, Amiens, Adam Lallana, Ligue, Toulouse
SHARE THIS STORYCOMMENT
Print this article 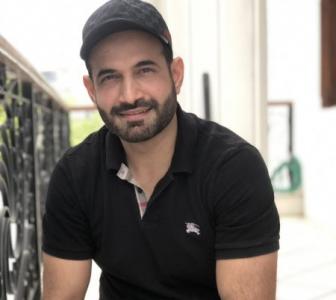 Ganga on why players prefer to become T20 specialists