The American great only trails Poland's world number one Iga Swiatek (3-1), Caroline Garcia (10-1), compatriot Coco Gauff (10-1), Ludmilla Samsonova (11-1) and Aryna Sabalenka (13-1) in the odds on her capturing a seventh crown at Flushing Meadows. IMAGE: Serena Williams waves to the crowd after beating Anett Kontaveit on Day 3 of the US Open, at the Billie Jean King National Tennis Centre. Photograph: Robert Deutsch-USA TODAY Sports/Reuters

Serena Williams's unexpected run to the the US Open third round has sliced her odds of winning a record-tying 24th Grand Slam title, Caesars Sportsbook said on Thursday.

The American great came into what is expected to be her final tournament as a 50-1 long-shot to win the title but after upsetting world number two Anett Kontaveit on Wednesday she is now 14-1, according to Caesars.

Her match on Wednesday also attracted the most betting interest of any match at the tournament by far, receiving 60% more money than the next-closest contest.

After being the underdog against Kontaveit, Williams is the favourite to beat Australia's Ajla Tomljanovic on Friday in a match that is expected to attract a frenzy of betting interest.

"I think a lot of people were sceptical and were waiting to see a match or two before really getting involved with their future bets," said Adam Pullen, assistant director of trading at Caesars Sportsbook.

"Now that they've seen her win a couple of matches, the action is going to get bigger and bigger. She's earned that respect for people to invest their money in her.

"The more she wins, the more people are going to bet her in her matches and to win the tournament."

Serena, who along with her older sister Venus emerged from the public tennis courts of Compton, California and went on to transform the sport and grab the attention of a more racially diverse audience, has also lit up social media this week.

Tickets to see the player many consider to be the greatest of all time have also skyrocketed.

The "get-in" price to attend Friday's match is a whopping $565, while the cheapest ticket in the Lower Level of Arthur Ashe Stadium is $4,361, according to ticket retailer TickPick. 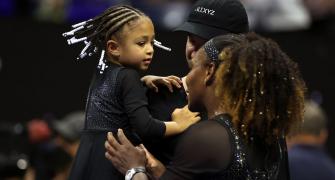 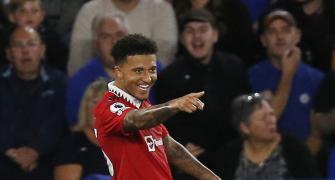 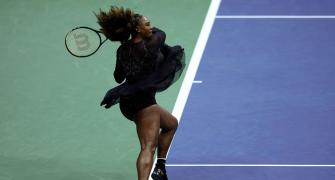 How Tiger 'motivated' Serena to go for the kill 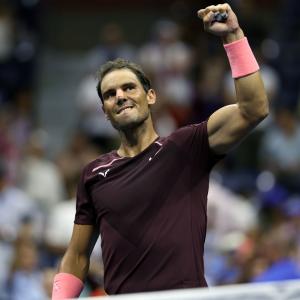 US Open PIX: Alcaraz, Swiatek cruise into third round 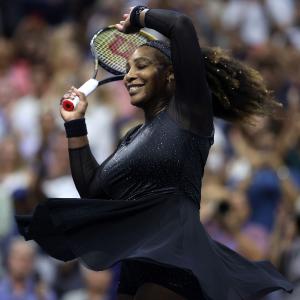