Sania closing in on world No 1 ranking 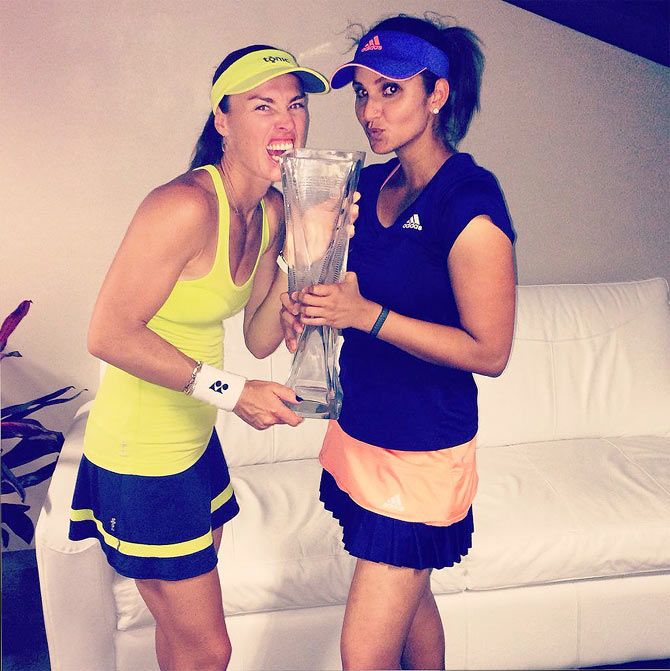 Sania Mirza took a giant leap towards becoming the world number one player in doubles by pocketing 1000 ranking points following her stupendous triumph with Martina Hingis at the Miami Open.

The Indian ace narrowed the gap to just 145 points with world number one Italians Sara Errani and Roberta Vinci, who have 7640 points each.

With her second title in a row with Hingis, she now sits at number three with 7495 points.

To get to the top, Sania now needs to win the Family Circle Cup, beginning this week in Charleston, where she and Hingis are top seeds.

But the tournament is being played on green clay, which is little faster than red clay, and the Sania-Martina pair go into the event without practice on the surface.

Sania had previously won a title at Charleston in 2011 with Elena Vesnina.

Among other Indians in the WTA singles rankings, Ankita Raina gained a place and is placed at 252.

In the ATP rankings, Somdev Devvarman continues to be India's top singles player at number 171, a gain of five places.

Ramkumar Ramanathan is next best at 233. He jumped 14 spots on the ladder and is followed by Yuki Bhambri (251), who climbed six.

In men's doubles, Leander Paes is the highest-ranked player at 23; he is followed by Rohan Bopanna (24). Both players gained two places each.