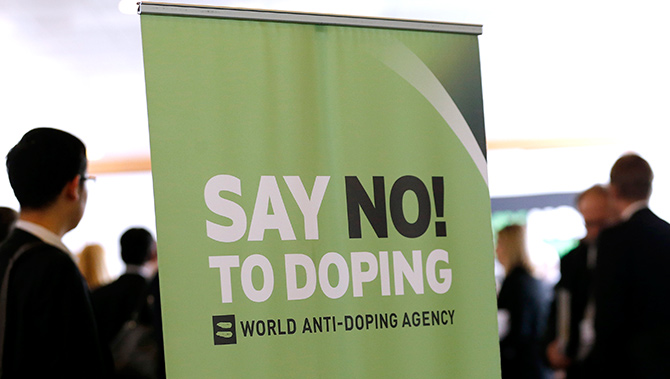 Russia could be banned from international athletics, including the 2016 Olympic Games, after an anti-doping commission report on Monday alleged widespread corruption and collusion that added up to a state-sponsored drugs culture in a sporting superpower.

The commission, set up by the World Anti-Doping Agency (WADA), found a "deeply rooted culture of cheating" in Russian athletics, which it said Russian state security services colluded with, and also identified what it called systemic failures in the global governing body, the International Association of Athletics Federations (IAAF).

At one point, the commission said, the WADA-accredited anti-doping laboratory in Moscow destroyed 1,417 samples shortly before an inspection. "This was done on a Saturday morning immediately prior to the arrival in Moscow of a WADA audit team," the report said.

Russian Sports Minister Vitaly Mutko said there was no evidence for the accusations against the Russian Athletics Federation, and that the samples had been destroyed at WADA's request. 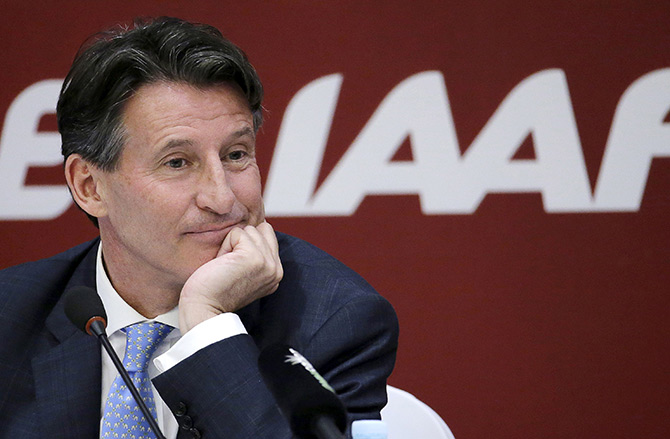 IAAF President Sebastian Coe said he was alarmed and surprised by the scale of the revelations, which come days after the IAAF's long-time president, Lamine Diack, was accused by the IAAF of concealing a Russian athlete's doping violations.

"These are dark days," said Coe, Diack's successor. He gave Russia until the end of the week to respond to the accusations, and said the IAAF Council would then discuss possible sanctions.

Dick Pound, the head of the commission that produced the report and a former president of WADA, referred to a corruption scandal now shaking football's governing body, FIFA.

"I hope all sports will look at their governance and their anti-doping systems because their existence may be at risk," he told a news conference. "Public opinion is going to move towards the view that all sport is corrupt."

The report said the presence of Russian security services in the Moscow anti-doping laboratory "actively imposed an atmosphere of intimidation on laboratory process and staff".

Some believe the scandal could have bigger ramifications than the graft affair at FIFA, where president Sepp Blatter has been suspended, 14 officials and marketing executives have been indicted, and Switzerland is investigating the awarding of two World Cups: to Russia in 2018 and Qatar in 2022. 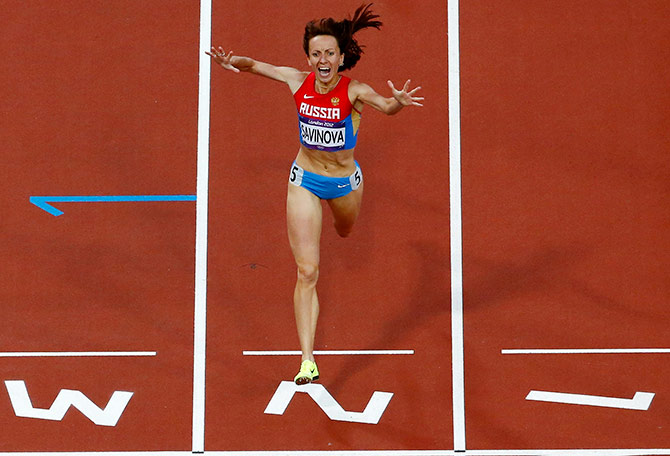 The commission said in its report that the London Olympics in 2012 had in effect been "sabotaged" by the widespread inaction of national anti-doping authorities and the sport's governing body.

"For 2016, our recommendation is that the Russian Federation be suspended," Pound said. "In fact, one of our hopes is that they will volunteer that, so that they can take the remedial work in time to make sure that Russian athletes can compete under a new framework."

Russia finished second behind the United States in athletics at the 2012 Olympics, with 17 medals, eight of them gold, and has long been one of the chief players in track and field.

The report recommended lifetime bans for five athletes, four coaches and one doctor, all Russian. They included the women's 800 metres Olympic champion Mariya Savinova and the bronze medallist, Ekaterina Poistogova.

In one sense at least, the scandal could prove more compromising than the FIFA affair. There has never been any suggestion that FIFA corruption has affected results on the pitch, at the World Cup, for example.

"It's worse than we thought, It has the effect of factually affecting the results on the field of play and athletes, both in Russia and abroad, are suffering as a result," Pound said. "It may be a residue of the old Soviet system ... they must stop it and make a new start."

A decision to suspend Russia could be taken only by the IAAF.

© Copyright 2022 Reuters Limited. All rights reserved. Republication or redistribution of Reuters content, including by framing or similar means, is expressly prohibited without the prior written consent of Reuters. Reuters shall not be liable for any errors or delays in the content, or for any actions taken in reliance thereon.
Related News: Sebastian Coe, WADA, FIFA, IAAF Council, Russia
COMMENT
Print this article