'Rivaly of hockey bodies cause for declining standard'

Hockey Olympian Manohar Topno on Wednesday blamed lack of infrastructure and rivalry between the Indian Hockey Federation and Hockey India as major causes for the game's declining standard in the country.

Topno is the coach of the 18-member Jharkhand hockey team that left Jamshedpur for Bhopal to take part in the first senior national men's hockey championship being hosted by Hockey India from Friday.

Topno, also a selection committee member of Hockey India, said meritorious players were being left out of the Indian team due to rivalry between the two organisations, even though Hockey India has been recognised by the world body.

Calling the two bodies to resolve their differences in the larger interest of the game, former right back Topno, who was a member of the 1984 Los Angeles Olympics Indian team, said that Hockey India did not have adequate modern technology to monitor the games of leading countries, particularly the Europeans.

Citing an example, he said, during the last World Cup in New Delhi, the coach of the Holland team called out a player, who was repeatedly missing opportunities to convert a penalty.

During a brief break he pointed out his flaw with suggestions to correct it.

"We do not have any such facility to improve our performance," he lamented.

He also regretted the lack of adequate infrastructure for the game and said the players of Hockey Jharkhand had to practice on a turf ground even though a world-standard astro-turf stadium was existing in the state capital, Ranchi.

"The astro-turf stadium has become only a show-piece," he said.

The charges fixed by the authorities to avail the astro-turf facility was beyond Hockey Jharkhand's reach, he admitted while accusing that the stadium was being rented out for all purposes included wedding ceremony but not for hockey. 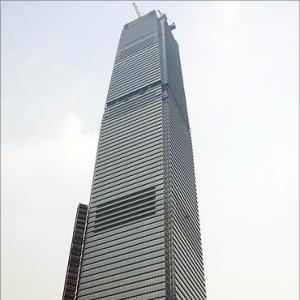 Check out the world's highest hotel!