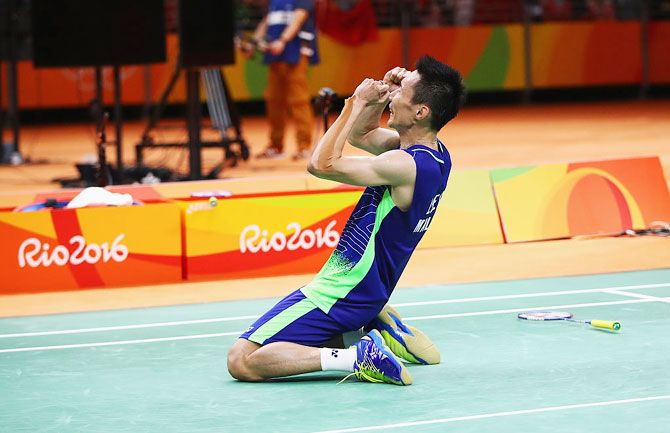 Malaysia's Lee Chong Wei shrugged off eight years of Olympic heartbreak on Friday to defeat his nemesis Lin Dan 15-21, 21-11, 22-20 and reach the final of the men's badminton after another classic encounter.

Having succumbed to Lin in the gold medal deciders at London and Beijing, top seed Lee gained sweet revenge by dumping out the Chinese great after a decisive set of unrelenting tension.

Lin saved them all but Lee sealed the fourth with a nerveless cross-court volley to raise thunderous cheers from Malaysian fans.

Lee will fight for the gold against the winner of Chinese world champion Chen Long and Dane Viktor Axelsen who play in the other semi-final later on Friday.

© Copyright 2022 Reuters Limited. All rights reserved. Republication or redistribution of Reuters content, including by framing or similar means, is expressly prohibited without the prior written consent of Reuters. Reuters shall not be liable for any errors or delays in the content, or for any actions taken in reliance thereon.
Related News: Lee Chong Wei, Lin Dan, Dane Viktor Axelsen, Chen Long, Singles Badminton
COMMENT
Print this article