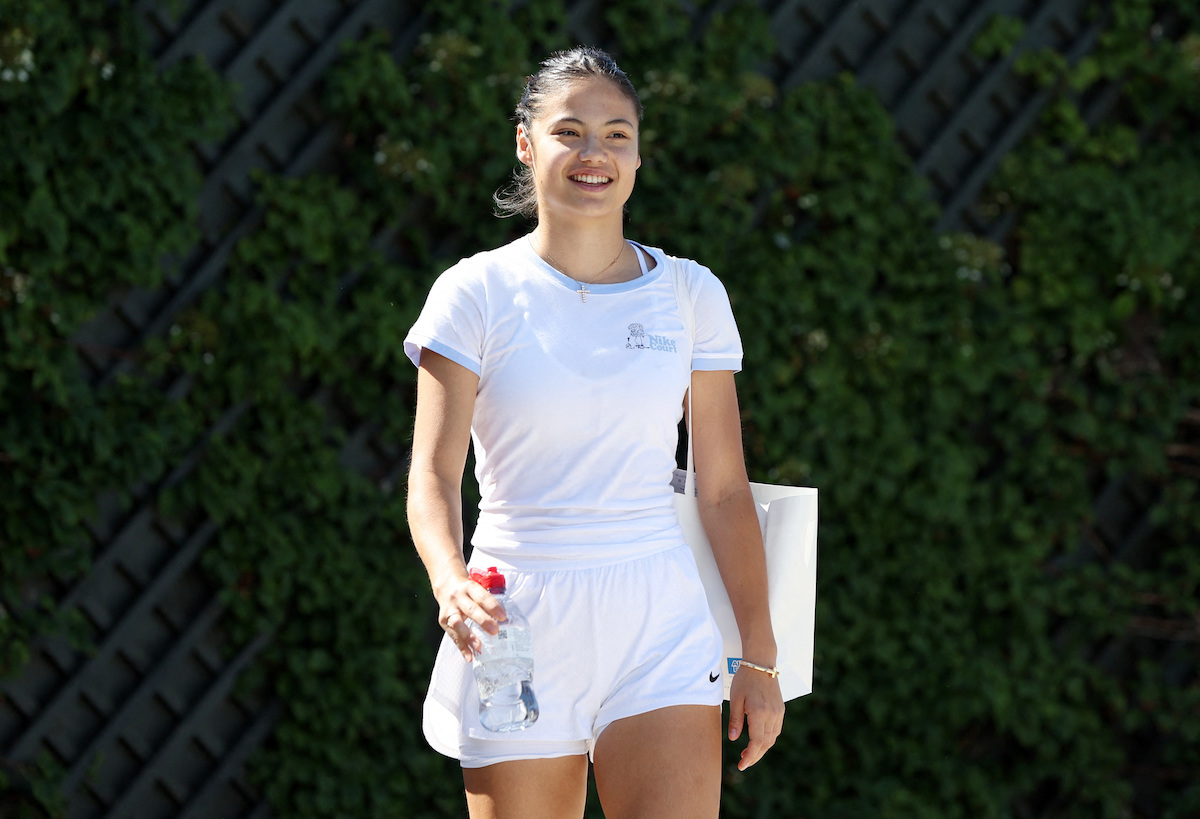 IMAGE: Britain's Emma Raducanu in a training session ahead of the Wimbledon Championships 2022. Photograph: Paul Childs/Reuters

When Emma Raducanu competes at Wimbledon this week, she will return to the venue of not only one of her most cherished moments last year when she made her Grand Slam debut but also one of her most harrowing.

Before Raducanu became a household name last year, the teenager was ranked 338 in the world when she received a wildcard and she reached the last-16 against all odds even as British hopes faded as her compatriots made early exits.

She coped surprisingly well with the pressure but her fairytale Wimbledon debut ended in distressing circumstances when she was forced to retire in the fourth round after suffering breathing difficulties.

As debates raged over whether the youngster was up to the task of handling pressure on the big stage, they were quickly put to rest two months later after she became the first qualifier to win a Grand Slam when she lifted the U.S. Open.

Now having played a year on Tour, battle-hardened Raducanu is ranked 11th in the world but she has also been humbled in some respects by recent results and injuries.

But the 19-year-old is no longer a stranger to pressure as she welcomed the prospect of kicking off the women's action in Centre Court against Alison Van Uytvanck.

"This year I get such a special feeling walking around the grounds, I definitely feel that people are behind me. Even from some of the people working on the tournament, they're like, 'You got this', just cheering me on, that's pretty special.

"One of the perks is I don't need to cross the road at Aorangi to practice now on like Court 28 or something."

Another British hope being viewed with cautious optimism is former champion Andy Murray who has fought defiantly after career-threatening hip surgery to rise up to 51st in the rankings.

A run to the final in Stuttgart has made the unseeded Scot a dark horse in the draw but whether his body can go the distance in five-set matches remains to be seen as the 35-year-old takes on James Duckworth in the opening round.

Top seed Novak Djokovic, who lost his number one ranking for a second time this year, will start his campaign against Kwon Soon-woo without having played a single competitive match on grass following his quarter-final run at the French Open.

Ons Jabeur won the tune-up tournament in Berlin and rose up to number two in the rankings but a knee injury that forced her to pull out of Eastbourne has put a question mark on her credentials.

"My knee, I always had trouble with it... But overall everything is good. Hopefully I'll be 100% on Monday," she said ahead of her first round match against Mirjam Bjorklund. 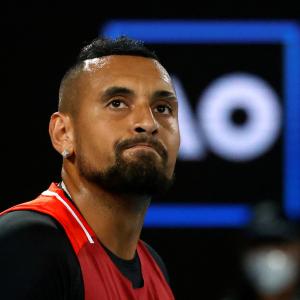