Pogba admits being Arsenal fan while growing up IMAGE: France international, Paul Pogba who joined United from Italy's Juventus in 2016, has made eight appearances in all competitions this season due to injury and last featured in the Premier League in a 4-1 win over Newcastle United on Boxing Day. Photograph: Richard Heathcote/Getty Images

Manchester United midfielder Paul Pogba revealed while growing up he was an Arsenal fan. The French international idolised Thierry Henry and wanted to follow the footsteps of the countryman.

"I will be honest. So, at the start, I was an Arsenal fan -- obviously because of all the French players, you know. Me and my brother were but my other brother was a Manchester United fan," Pogba told United's official podcast.

"I couldn't say anything so I used to love Henry and, because of him, I was an Arsenal fan. Then I changed and went on to choose with my other brother. No Arsenal, I went with the other one, the United fan!" he added.

Pogba came through the youth ranks at Old Trafford while Sir Alex Ferguson was in charge but after only making a handful of appearances for the first team in 2011-2012 he left for Juventus in the summer.

He re-joined United in 2016 from Juventus when Jose Mourinho was the manager as he saw it as an opportunity to finish what he had started.

Henry, who had left Arsenal for Barcelona by the time Pogba arrived in England, was not the only iconic Frenchman or all-time great that an energetic midfielder looked up to.

Pogba also said he is no longer bothered by criticism from soccer pundits because he has grown used to it.

The France international, who joined United from Italy's Juventus in 2016, has made eight appearances in all competitions this season due to injury and last featured in the Premier League in a 4-1 win over Newcastle United on Boxing Day.

"I guess they miss me," the 27-year-old told the club's UTD Podcast, referring to the pundits.

"I'm not someone that looks always at Sky Sports News. When you know football, you don't need someone to tell you what's happening.

"If they want to speak, they are allowed to speak, it's their job to speak. I am used to it now. I am really used to it, it doesn't bother me."

Former Liverpool captain Graeme Souness has been one of Pogba's most vocal critics and has labelled the Frenchman "selfish" and a "doddle to play against".

Pogba responded by saying he did not know who the three-time European Cup winner was.

"I heard he was a great player and stuff like that. I know the face but (not) the name," Pogba said.

Souness, who also won five league titles with Liverpool but unlike Pogba has never won a World Cup, responded to the Frenchman.

"The oldest saying in football comes to mind: 'Put your medals on the table'. I've got a big table," the 66-year-old told Sky Sports.

Pogba was closing in on a return to action after recovering from an ankle injury when the Premier League season was suspended indefinitely due to the coronavirus pandemic. 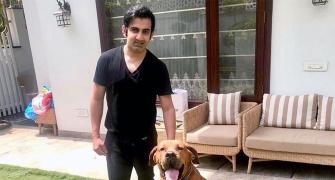 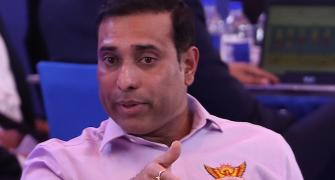 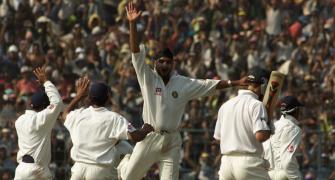