PM Modi leads the applause for new world No 1 Sania

From Prime Minister Narendra Modi and President Pranab Mukherjee to big names in Indian sport and politics, the applause pours in for the Hyderabadi tennis ace. 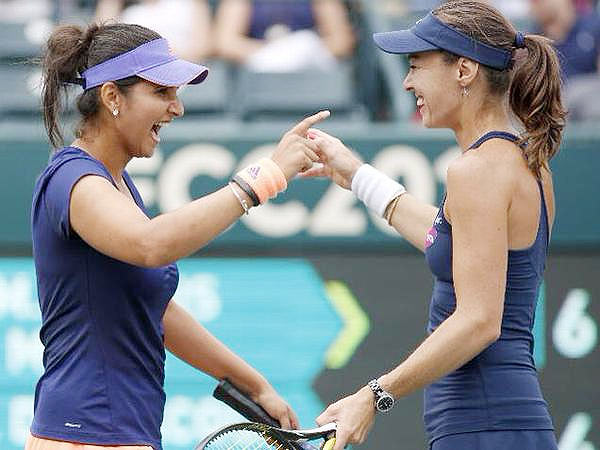 India's Prime Minister Narendra Modi led the plaudits to Sania Mirza, who, on Sunday, became the country's first woman tennis player to achieve the world No 1 ranking in the WTA following her title triumph at the Family Circle Cup with Switzerland's Martina Hingis.

“An excellent accomplishment @MirzaSania! Congrats on being World Number 1 in doubles,” he posted on Twitter.

"Heartiest Congratulations Sania on becoming world no 1 player in Tennis Doubles," he posted.

In a range of messages on Twitter, Sania ace was heartily applauded by some big names in Indian sport and politics.

Mahesh Bhupathi, who, along with Leander Paes, was world number one in men's doubles in the nineties, praised Sania on his Twitter page.

"First Saina and now @MirzaSania . Indian women conquering the No. 1 spot and making us proud! Congratulations!."

"Hats off to the outstanding @MirzaSania for attaining world number one ranking in one of the toughest, competitive, gruelling sport of all," said Congress leader Sanjay Jha.

"First @NSaina in singles.Now @MirzaSania in doubles. Badminton and tennis World Number 1. Congratulations. You both make us proud," said Mamata.

Former cricketer and Bharatiya Janata Party MP Kirti Azad lauded the tennis ace, saying another daughter of India has made the country proud.

"Yet again another tigress, daughter of India #SaniaMirza does all of us proud. Congratulations to world no.1 @narendramodi @BishanBedi," said Azad.