Neymar goes on trial for fraud! 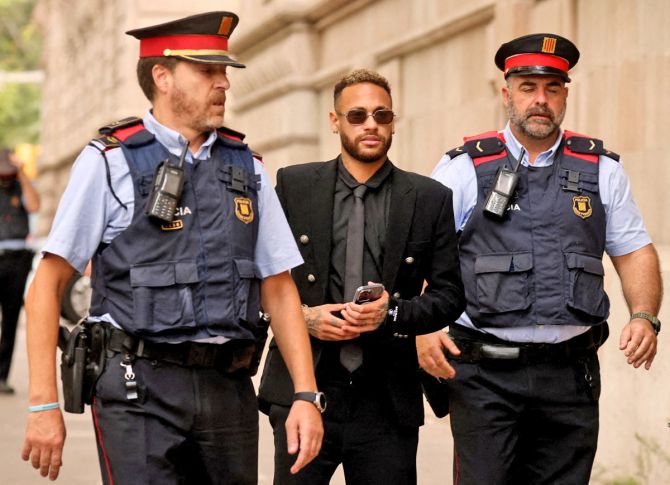 IMAGE: Neymar leaves the courtroom in Barcelona on Monday, October 17, 2022, after standing trial on fraud and corruption charges over his transfer to FC Barcelona from Santos in 2013. Photographs: Nacho Doce/Reuters

Paris St Germain and Brazil football star Neymar Jr went on trial in Barcelona on Monday charged with fraud and corruption over his transfer to Barcelona from Santos in 2013.

Along with Neymar eight other defendants are on trial, including his parents, representatives of the two clubs, former Barcelona presidents Josep Maria Bartomeu and Sandro Rosell, and former Santos president Odilio Rodrigues.

The Brazilian striker is set to testify on Tuesday in his trial on fraud and corruption charges. All the defendants, including Neymar, have denied any wrongdoing.

Judge Jose Manuel del Amo Sanchez accepted Neymar's defence request that he would testify on Tuesday instead of Friday as originally planned as PSG have a game scheduled that day.

Spanish prosecutors are seeking a two-year prison term and a 10 million euro ($9.8 million) fine for Neymar. They are also seeking a five-year jail term for Rosell and an 8.4 million euro fine for the club. 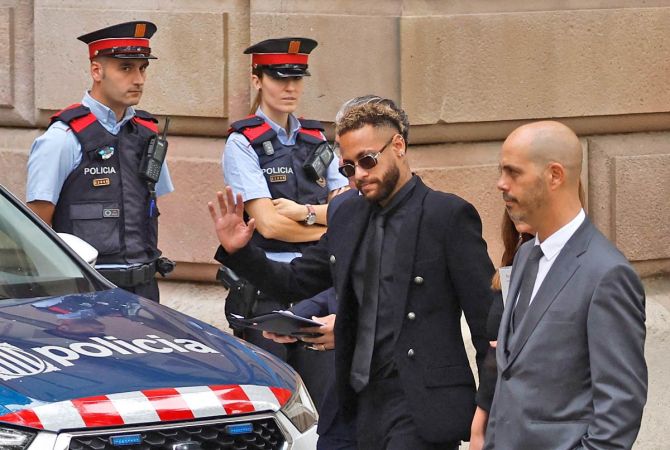 The case centres on the claim made by Brazilian investment firm DIS, which owned 40% of the rights to Neymar when he was at Santos, that it lost out on its rightful cut from the player's transfer because the value of the deal was understated.

DIS is seeking a five-year jail term for Neymar, fines worth 149 million euros in total and for the player to be disqualified from playing for the length of any sentence handed down. 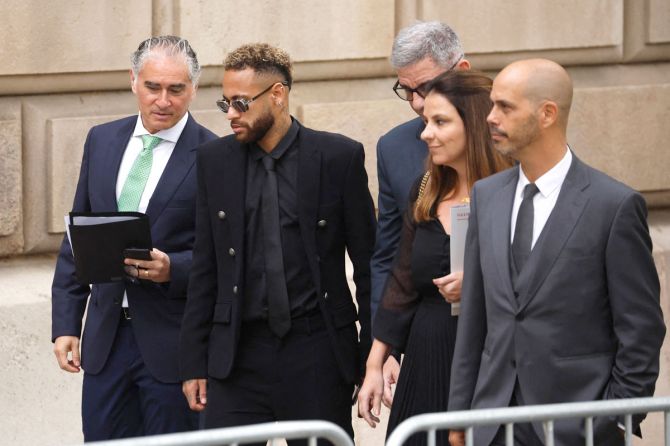 Neymar arrived in Barcelona on Monday on a private flight from Paris where he lives. Neymar and his father talked and laughed with Rosell in the court lobby before the trial started shortly after 10 am. Seated on the defendants' benches, Neymar appeared distracted at times, looking down and yawning.

He laughed when the judge said Neymar scored a goal in PSG's crucial victory against Olympique de Marseille on Sunday evening, suggesting the forward must be tired. 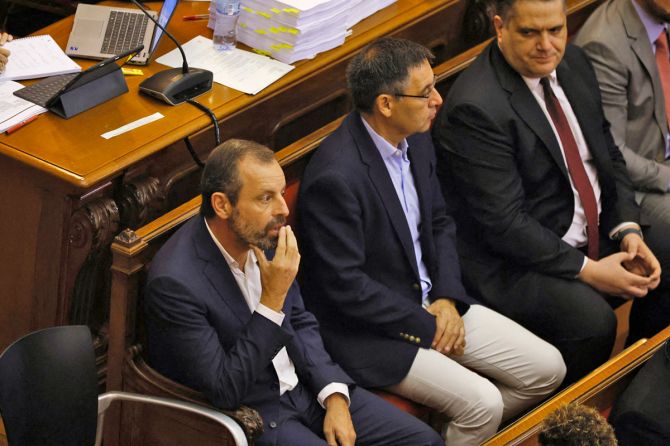 Defence lawyer Maria Masso said the player has not committed any crime. He said the events being judged took place in Brazil, arguing that Spanish courts lack jurisdiction to prosecute the Neymar family. 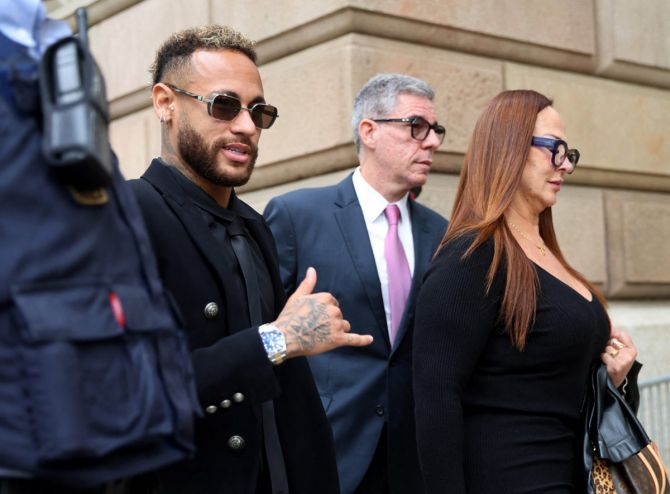 Neymar and his mother Nadine Goncalves leaves the courtroom in Barcelona. He lost an appeal over the case in Spain's high court in 2017, clearing the way for the trial.

DIS said last week the real cost of the transaction between Santos and Barcelona was 82 million euros but only 17 million appeared as the official deal. 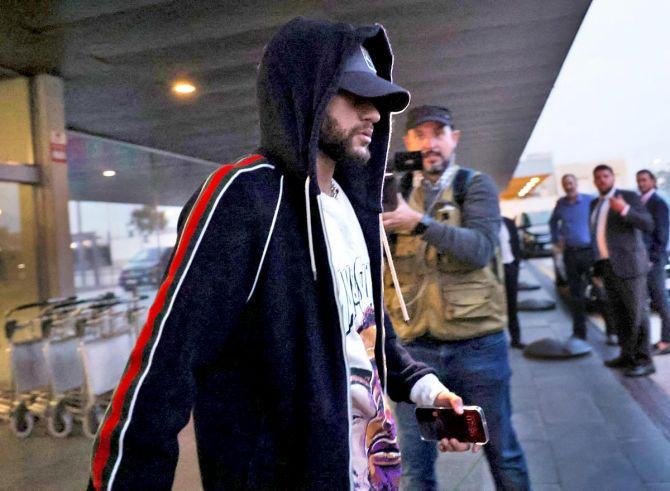 Neymar signs an autograph for a fan at the airport in Barcelona. 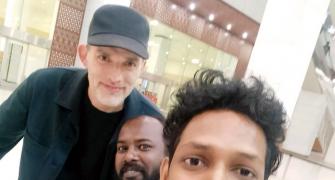 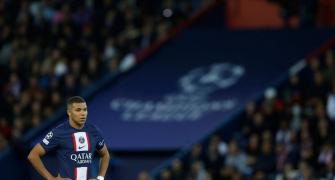 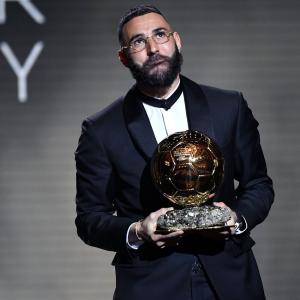 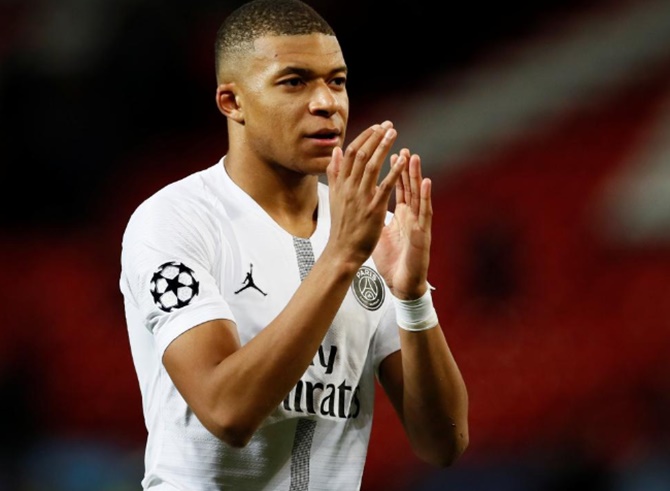