IMAGE: Chelsea's Eden Hazard is consoled by teammate Kurt Zouma after missing the final penalty during their Capital One League Cup tie against Stoke City at Britannia Stadium in Stoke on Trent on Tuesday. Photograph: Ross Kinnaird/Getty Images

Chelsea's woes continued when the holders were dumped out of the Capital One (League) Cup fourth round following a shootout defeat by Stoke City on Tuesday, while Arsenal suffered a humiliating 3-0 defeat at second tier Sheffield Wednesday.

Blues boss Jose Mourinho will be under mounting pressure after Eden Hazard failed to convert the crucial penalty following another testing encounter for Chelsea, who only forced extra time thanks to a last-minute leveller from Loic Remy.

Penalties were also needed in the other two ties as second tier HullCity ousted PremierLeagueLeicesterCity and Everton squeezed through against NorwichCity.

There was to be no solace for a reasonably strong Chelsea side, whose miserable season dragged on as they could not find a winner against Stoke despite playing against 10 men for all of extra time. It looked like it was going to be their night when Remy cancelled out Jon Walters's stunning strike from early in the second half and Stoke's Phil Bardsley was sent off for a second booking at the close of normal time.

Yet their killer instinct from last term deserted the Premier League champions again and after some superb penalties, Stoke goalkeeper Jack Butland pulled off a stunning save to palm away Hazard's effort for a 5-4 shootout win.

"Losing 1-0 feeling the situation against an experienced opponent... the team did everything. I tried to help too," Mourinho told reporters after suffering his eighth defeat in 16 games this season. 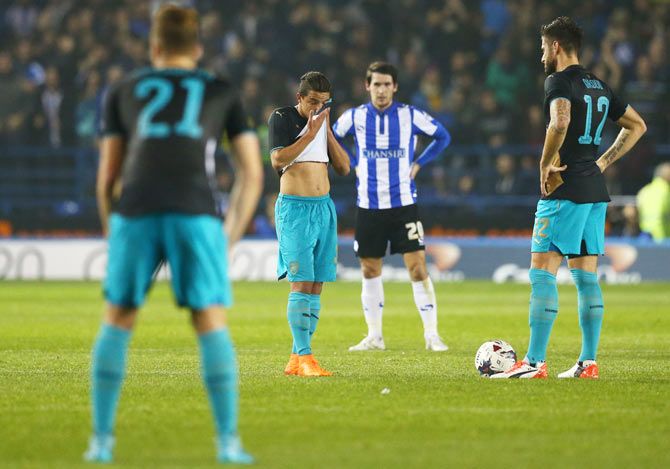 The shock of the night came at Hillsborough, a ground where Arsene Wenger has never tasted victory, as Arsenal lost to lower-league opposition by a three-goal margin for the first time since February 1959.

The Arsenal manager has also never won the sometimes maligned League Cup in his 19 years at the club and looked forlorn on the bench as Ross Wallace and Lucas Joao put the hosts two goals up before halftime.

When Sam Hutchinson netted just after the restart, there was no way back for the visitors, who failed to create a meaningful chance all game.

A miserable occasion for a strong-looking Arsenal, who have begun their Premier League campaign with such promise, was compounded by first-half injuries to Alex Oxlade-Chamberlain, who went off after five minutes, and his replacement Theo Walcott, who exited 13 minutes later. 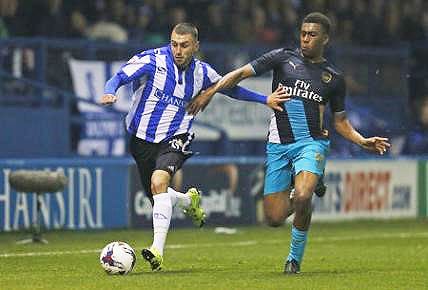 Sheffield Wednesday, who beat Newcastle United in the previous round, took the lead with a goal of genuine quality after 27 minutes as a rapid passing move freed Daniel Pudil down the left and his cross was met by Wallace to curl beautifully into the bottom corner.

They doubled their advantage when Wallace turned provider, curling the ball into the area for Joao to head home after 40 minutes and six minutes after the break Hutchinson converted from close range as Arsenal went to sleep from a set piece.

"Congratulations to them, they were faster, sharper and more decisive than us," Wenger told Sky Sports.

"We could not create anything. We were very naive when defending." 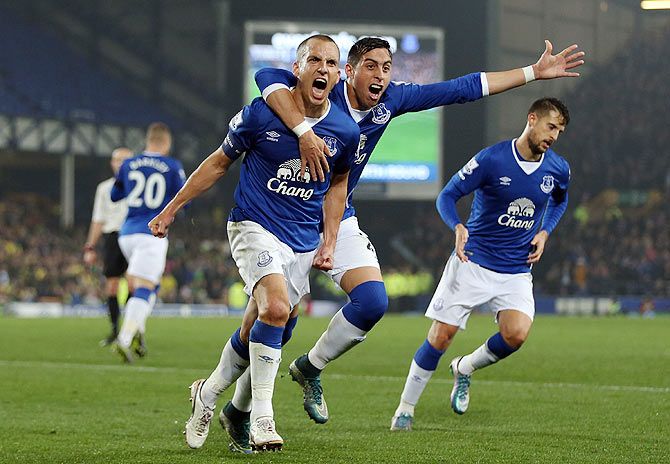 The match had finished 0-0, but Riyad Mahrez put Leicester ahead in extra time, only for Hull's Abel Hernandez to level and force penalties, which Hull won 5-4.

Everton drew 1-1 with Norwich before sneaking through 4-3 in the shootout.

Sebastian Bassong had put Norwich ahead at GoodisonPark early in the second half, before Leon Osman levelled.

After nobody found a winner in extra time, Norwich's Wes Hoolahan and Nathan Redmond missed in the shootout.

© Copyright 2021 Reuters Limited. All rights reserved. Republication or redistribution of Reuters content, including by framing or similar means, is expressly prohibited without the prior written consent of Reuters. Reuters shall not be liable for any errors or delays in the content, or for any actions taken in reliance thereon.
Related News: Chelsea, Stoke City, Dejected Arsenal, Norwich City, IMAGE
COMMENT
Print this article