India's 66 medal haul at the Gold Coast Commonwealth Games campaign turned out to be the third best ever.

Rightfully when the athletes returned home the scenes at the airport where ecstatic. Fans and well-wishers raucously cheered the CWG heroes, after their efforts in Gold Coast. 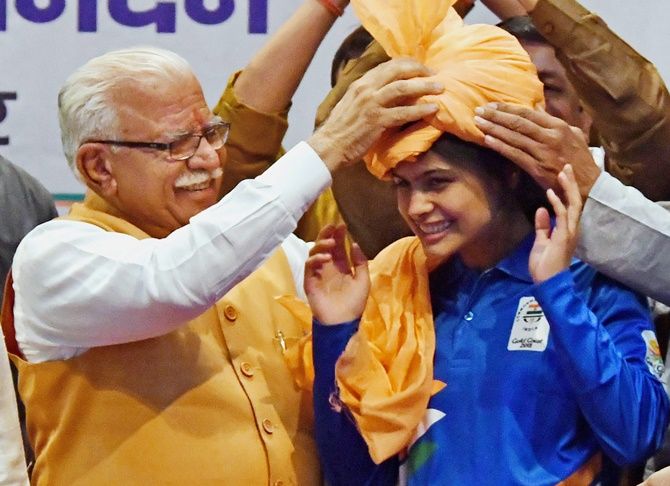 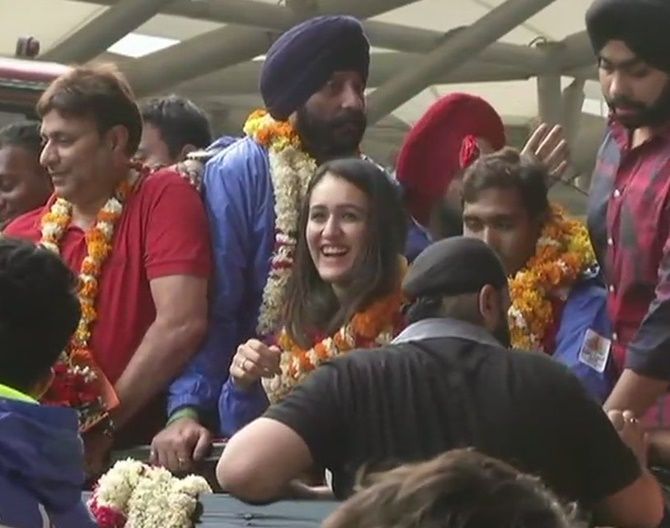 IMAGE: Manika Batra's sensational run at the Commonwealth Games culminated with a fourth medal in as many events. Photograph: ANI/Twitter 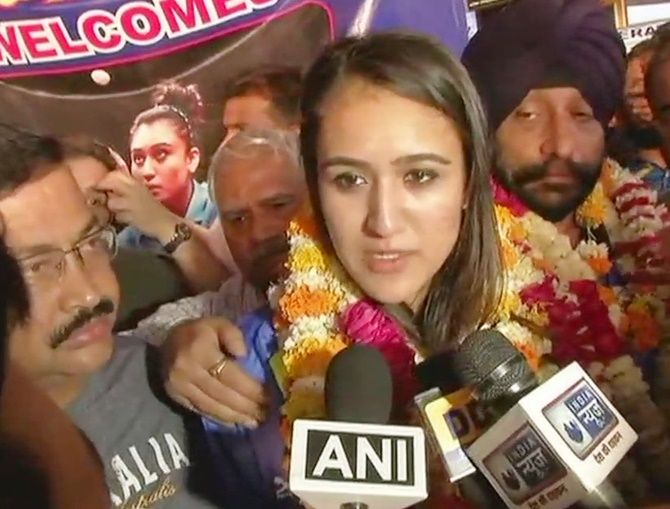 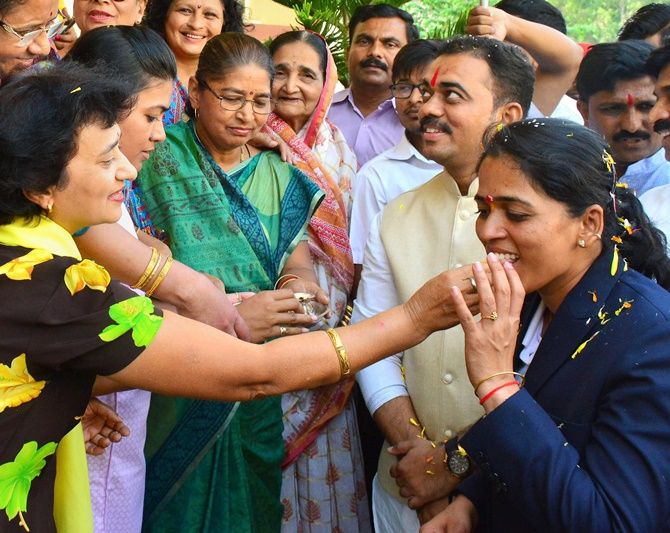 IMAGE: Shooter Tejaswini Sawant being welcomed by her relatives and supporters on her arrival in Kolhapur. Photograph: PTI 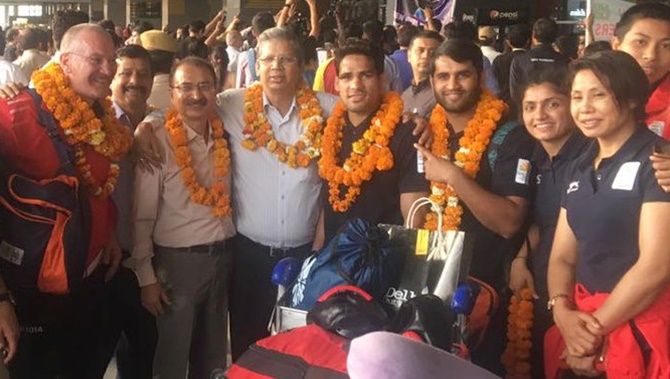 IMAGE: The boxers finished with nine medals in all, their best ever performance. Photograph: BFI/Twitter 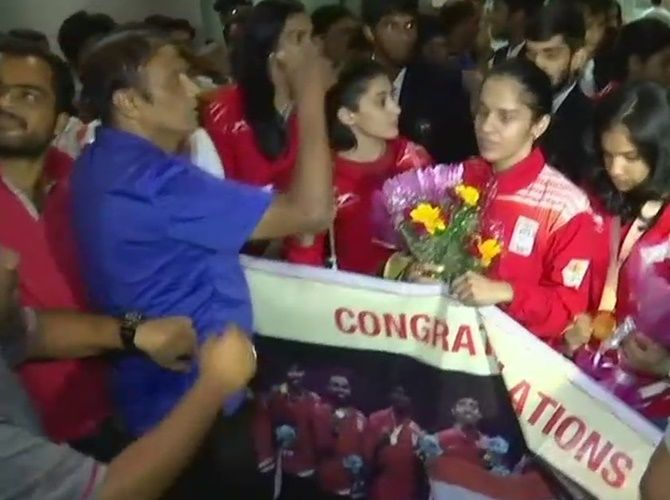 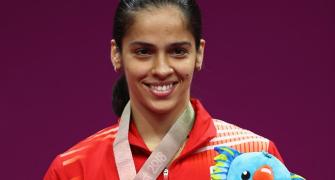 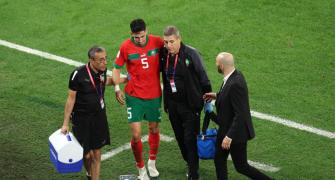 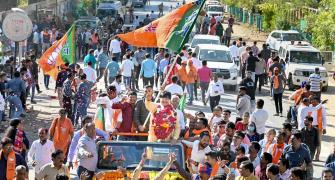 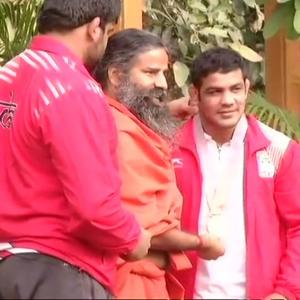 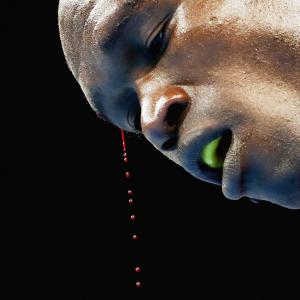