Top seed Simona Halep came back from a set down for the third time in the tournament to beat Kazakhstan's rising star Elena Rybakina 3-6, 6-3, 7-6(5) to win the Dubai Duty Free Tennis Championships for the second time on Saturday.

In a battle that lasted nearly two-and-a-half hours, the match came down to a tiebreak where two shots that went agonisingly wide for Rybakina eventually decided the title in front of a noisy crowd that constantly chanted Halep's name.

Romanian Halep, who first won the title in Dubai in 2015, and 20-year-old Rybakina had nearly identical numbers with respect to winners and unforced errors, and they both broke each other four times to underline how close the contest was.

Rybakina, playing her fourth final of the season, was unplayable at times before Halep got a foothold in the contest and started controlling points.

"I really want to congratulate Elena, she's so young and has many years to play at the highest level," a visibly exhausted but relieved Halep said in her post-match interview.

"I was checking the board to see how fast she served. Sometimes I couldn't really touch the ball, it was really tough to return.

"I fought hard, I really wanted (to win) this tournament because I love playing here and I gave everything I had. Now I'm actually pretty dead!"

The title was reigning Wimbledon champion Halep's 20th of her career and the world number two has now extended her stay in the top 10 to 318 weeks -- the 10th longest streak in WTA history. Top seed Dominic Thiem missed a chance to pass Roger Federer and become the world's third-ranked player when he was knocked out of the Rio Open by Italian qualifier Gianluca Mager in a rain delayed quarter-final match on Saturday.

"It’s unbelievable,” the Italian said. “For me, it was a dream only to play with him. Now that I beat him, it is a dream. He is a great, unbelievable player… I am very emotional.”

The tournament was Thiem's first since reaching the Australian Open final last month.

Mager held his opening three service games to serve for the match at 5-4. But after dropping serve to Austrian Thiem, he landed back-to-back winners and on his first match point fired an ace out wide to complete the win.

Both semi-finals were suspended because of rain on Saturday and will be completed on Sunday.

Tsitsipas has yet to drop a set in Marseille and was clinical in the semi-final, dropping just one point on serve in the second set, as he looks to become the first man to win back-to-back titles at the tournament since Sweden's Thomas Enqvist in 1998.

"It keeps getting better and better," Tsitsipas said. "I really appreciate all the love that I receive here and tomorrow is an exciting day.

"I need to prepare, be ready for it and I can't wait to show an even better Stefanos tomorrow."

The world number six is looking to win his first trophy of the year after premature exits at the Australian Open and the Rotterdam Open.

Auger-Aliassime, who lost the final in Rotterdam last weekend, will look to make amends after he beat Frenchman Gilles Simon 7-5, 7-6(2) to advance.

The 19-year-old Auger-Aliassime, who fired five aces and needed only two break points to seal his place in his second final of the season, holds a 2-1 winning record over Tsitsipas.

Japan's Yoshihito Nishioka fought back from a sluggish start to overpower sixth-seeded Frenchman Ugo Humbert in a rain-interrupted semi-final at the Delray Beach Open in Florida on Saturday.

After winning only one game in the opening set, the unseeded Nishioka closed out the deciding third set without dropping a game in winning 1-6, 6-4, 6-0 in the battle of the two lefties.

Nishioka clinched the victory with his second match point when Humbert fired a forehand wide. It was the third time this week he has won from a set down.

"(I was) a little bit frustrated after the first set. But after the rain came, my mind reset and I just restarted again," Nishioka said. "The rain coming was pretty lucky for me, maybe. It helped."

Nishioka will go for his second ATP Tour victory on Sunday when he faces the winner of the semi-final between second-seeded Milos Raonic of Canada and American fourth seed Reilly Opelka that was rained out on Saturday and rescheduled for Sunday morning.

Nishioka won 27 of 37 points in the deciding set to defeat the Frenchman.

Early on, Humbert played controlled offence that saw him make few errors. But after the rain in the second set, Nishioka was able to break down Humbert's game and put on more pressure.

"After the first set I just figured out how to play against him and just kept trying to do it and then it worked," Nishioka said. "From the second set I say, 'Okay, let's do it this way.'"

© Copyright 2020 Reuters Limited. All rights reserved. Republication or redistribution of Reuters content, including by framing or similar means, is expressly prohibited without the prior written consent of Reuters. Reuters shall not be liable for any errors or delays in the content, or for any actions taken in reliance thereon.
Related News: Yoshihito Nishioka, Simona Halep, Stefanos Tsitsipas, Elena Rybakina, Ugo Humbert
SHARE THIS STORYCOMMENT
Print this article 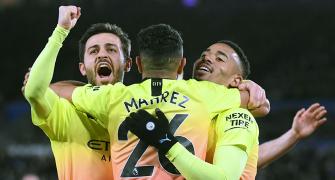 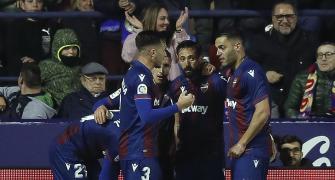 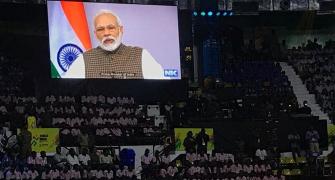 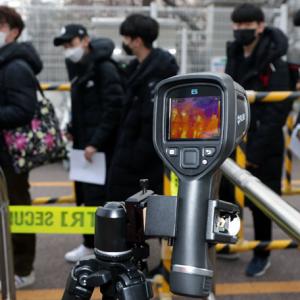 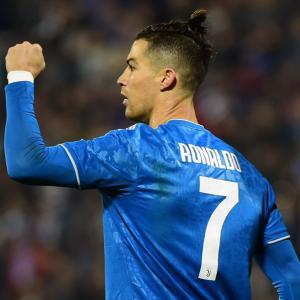