Serie A matches cancelled in Italy after coronavirus outbreak

Italy is tackling the worst outbreak of coronavirus recorded in Europe, with two people dying in the north since Friday and more than 100 infected.

Four of Sunday's Serie A soccer matches, plus a women's rugby international, have been postponed because of an outbreak of the coronavirus in the northern Italian regions of Lombardy and Veneto.

The Italian government said in a statement on Saturday that the Inter Milan v Sampdoria, Atalanta v Sassuolo and Verona v Cagliari fixtures had been called off with no indication of when the games might be rescheduled.

Torino said in a statement on Sunday their match at home to Parma had been called off while the women's Six Nations rugby union international between Italy and Scotland, due to be played in Legnano in the Lombardy region, was also postponed, Scottish Rugby said.

That left only two Serie A matches on Sunday -- Genoa against Lazio in Genoa and AS Roma against Lecce in Rome.

Italy is tackling the worst outbreak of coronavirus recorded in Europe, with two people dying in the north since Friday and more than 100 infected.

Looking to prevent the spread of the disease, the government has banned public events in the worst-affected areas and shut schools and universities. The Lombardy region includes Milan while Turin is around 150 kilometres away in Piedmont.

Inter Milan, who are third in Serie A, are due to host Bulgarian side Ludogorets Razgrad in a Europa League round of 16, second leg on Thursday, a match that was also reported to be at risk.

The Gazzetta dello Sport said the match could be played behind closed doors.

Napoli are due to host Barcelona in a Champions League round of 16 first-leg tie on Tuesday but there has been no suggestion of that match being under threat.

The Italian Football Federation (FIGC) said on Sunday that it has set up a task force to analyse the situation.

A Serie B match featuring Ascoli and Cremonese was called off on Saturday around one hour before the scheduled kickoff because of fears over the coronavirus.

A third-tier Serie C match between Piacenza and Sambenedettese was also postponed as were several dozen youth team and amateur matches in the Lombardy region.

© Copyright 2020 Reuters Limited. All rights reserved. Republication or redistribution of Reuters content, including by framing or similar means, is expressly prohibited without the prior written consent of Reuters. Reuters shall not be liable for any errors or delays in the content, or for any actions taken in reliance thereon.
Related News: Inter Milan, Suwon Samsung Bluewings, AFC, Italy, Vissel Kobe
SHARE THIS STORYCOMMENT
Print this article 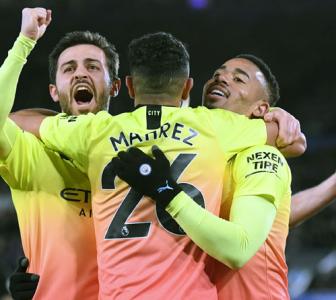 London can host 2020 Games if moved over coronavirus