Gabriel Jesus came off the bench to secure Manchester City a 1-0 English Premier League victory at Leicester City after yet another penalty miss by Pep Guardiola’s side on Saturday.

It looked like being a frustrating day for second-placed City when Kasper Schmeichel saved Sergio Aguero’s spot kick just past the hour but Jesus spared his blushes late on.

The Brazilian was fractionally onside as he collected a pass by former Leicester title winner Riyad Mahrez and he showed great composure to power a shot past Schmeichel.

Victory lifted City seven points above Leicester in the battle for runners-up spot behind runaway leaders Liverpool who remain 19 points clear before their clash with lowly West Ham United at Anfield on Monday.

While Liverpool’s first title for 30 years is a formality, champions City showed that they will not take their foot off the gas as they edged an absorbing game that surprisingly required 80 minutes for the deadlock to be broken.

Premier League top scorer Jamie Vardy rattled the post for Leicester early on and the home side were a constant threat on the counter-attack. At the other end Schmeichel made great saves from Kevin de Bruyne, Aguero and Mahrez while Aguero also had a goal ruled out for offside.

Danish keeper Schmeichel’s block from Aguero’s penalty means Manchester City have now failed to score five of their last seven in all competitions.

“We have missed four penalties in a row but maybe we will shoot a penalty when we need it to win something,” Guardiola said. “The keepers are good too.” 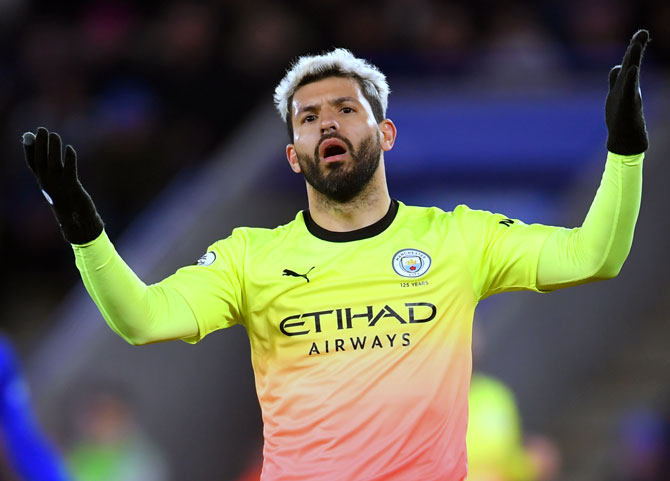 Victory was the ideal boost for City ahead of a week in which they face Real Madrid in the Champions League followed by the League Cup final against Aston Villa next Sunday.

“The most important thing is that we won today even if we miss the penalty,” said Mahrez, who was superb on his return to the Midlands. “Today we showed a great reaction.

“It was a perfect game to prepare (for Real Madrid), a tough game, we are ready.”

As is the norm, VAR was again a talking point with Leicester not being awarded a penalty in the first half after De Bruyne appeared to block a James Maddison free kick with his arm.

“(De Bruyne’s) handball was so clear,” Rodgers said. “The ball was going towards the corner and De Bruyne stopped it. It was a clear penalty. Theirs was a penalty. That’s the rule but you hope you get it for you too.”

Leicester felt vindicated when Aguero went for power rather than placement and Schmeichel saved with his legs.

But City were relentless. Moments later Schmeichel was again called into action to thwart Aguero from a tight angle.

With Leicester tiring, Mahrez surged forward in the 80th minute before a perfectly-timed pass sent Jesus clear to score his fourth goal in five Premier League games against Leicester.

“It was a nice victory against a difficult opponent,” said Guardiola, who confirmed that Raheem Sterling might be fit to return against Real Madrid in midweek. 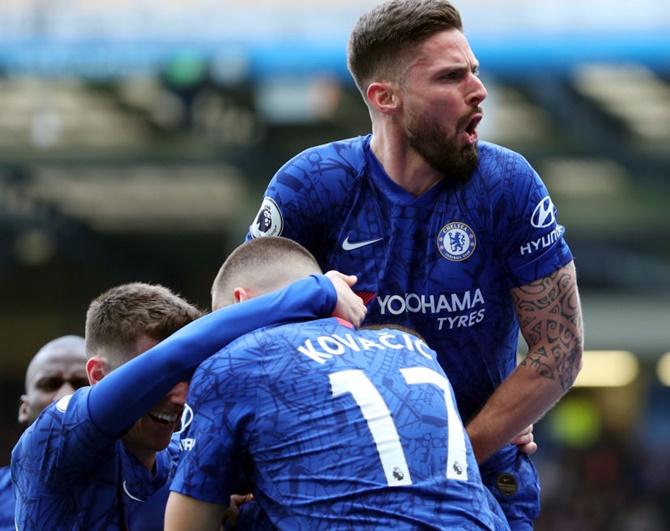 Chelsea's Olivier Giroud and Marcos Alonso returned to the starting lineup to stunning effect by grabbing a goal apiece in a crucial 2-1 home win over Tottenham Hotspur in the battle between the London rivals for fourth place on Saturday.

It was only Chelsea's sixth win in 14 home Premier League games this season but it was a timely one as they remain fourth, the last Champions league qualification spot, with 44 points from 27 games, four more than Jose Mourinho's Spurs.

A poor run of form had dented Chelsea's top-four hopes but they controlled the lunchtime derby from the moment Frenchman Giroud, making his first league start since November, rifled a shot past goalkeeper Hugo Lloris in the 15th minute.

Alonso, back for only his seventh league start under Frank Lampard, doubled the lead three minutes after the break with a thumping finish to give Chelsea a boost ahead of their Champions League last 16, first leg at home to Bayern Munich on Tuesday.

Tottenham, badly missing injured strikers Harry Kane and Son Heung-min, had offered precious little in attack, but an Antonio Rudiger own goal offered them a late glimmer of hope.

The hosts held on comfortably though as Lampard got the better of his former Chelsea boss Mourinho for the second time this season after a 2-0 win at Spurs in December.

The margin of victory should have been bigger with Tottenham's Lloris making several fine saves and Alonso also curling a free kick against the bar late on.

Tottenham, whose three-game winning run in the league ended in disappointing fashion, were lucky not to have Giovani Lo Celso red-carded for a second-half foul on Cesar Azpilicueta.

The incident, in which the Argentine midfielder appeared to stamp on the shin of Azpilicueta, was reviewed by VAR but surprisingly deemed not worthy of a red card.

That was the only real flashpoint in derby that lacked its usual intensity -- largely due to the control Chelsea enjoyed against their rivals, whose record at Stamford Bridge now reads just one win in their last 34 visits.

Tottenham's Lucas Moura did have an early effort well saved by Willy Caballero, again preferred by Lampard to Kepa Arrizabalaga, but they were mainly on the back foot.

That it was 33-year-old former Arsenal striker Giroud, linked with a move to Tottenham in January, who opened the scoring was especially galling for the away fans.

Played through by Jorginho, Giroud's initial shot was saved by the legs of Lloris, Ross Barkley's follow-up bounced up against the crossbar and the ball came back to Giroud who planted a powerful shot inside Lloris's near post.

Giroud was involved in the flowing move that resulted in Chelsea's second goal. His flick released Mason Mount who played a low ball towards the recalled Barkley and the midfielder helped it to the on-rushing Alonso who did not have to break his stride to smash a low left-foot shot past the diving Lloris.

Mourinho sent on England midfielder Dele Alli, surprisingly left out of the starting lineup, as well as Erik Lamela and it was the Argentine's shot which was deflected in by Rudiger.

It was too little too late for Tottenham though. 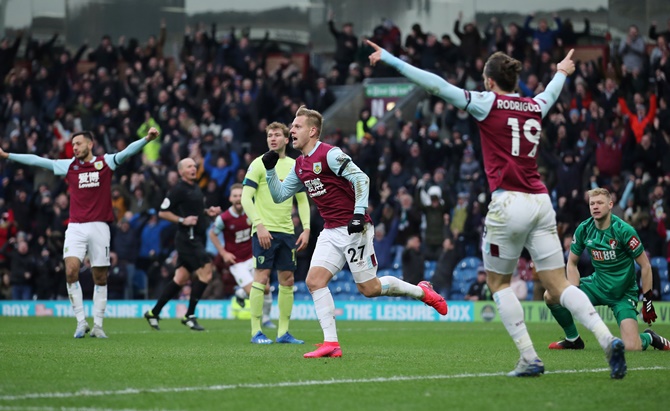 Burnley moved up to eighth in the Premier League with a 3-0 win over struggling Bournemouth thanks to goals from Matej Vydra, Jay Rodriguez with a penalty and Dwight McNeil in a game which saw a dramatic turnaround due to VAR.

There was early use of the review when Bournemouth had a Josh King effort in the 22th minute chalked off after VAR ruled that the ball had struck Philip Billing's arm in the approach.

Burnley grabbed the lead in the 53rd minute with Czech striker Vydra claiming his second goal in as many games with a cool finish after being slipped through by McNeil.

But the game was to turn on a remarkable minute of VAR reviewed action on the hour mark.

Burnley appealed in vain for a penalty, arguing that Adam Smith had handled a McNeil cross -- the resulting counter-attack ended with Callum Wilson feeding Harry Wilson who clipped past Nick Pope.

But VAR ruled that Smith had indeed handled -- cancelling out the Bournemouth goal and awarding Burnley a penalty which Rodriguez converted to make it 2-0 after 61 minutes when moments earlier the score had stood at 1-1.

Vydra and Rodriguez went close to adding a third for Burnley as did McNeil who hit the post with a beautiful curling effort before rounding off the win with a superb solo goal in the 87th.

© Copyright 2020 Reuters Limited. All rights reserved. Republication or redistribution of Reuters content, including by framing or similar means, is expressly prohibited without the prior written consent of Reuters. Reuters shall not be liable for any errors or delays in the content, or for any actions taken in reliance thereon.
Related News: Chelsea, Tottenham Hotspur, Hugo Lloris, Olivier Giroud, Marcos Alonso
SHARE THIS STORYCOMMENT
Print this article 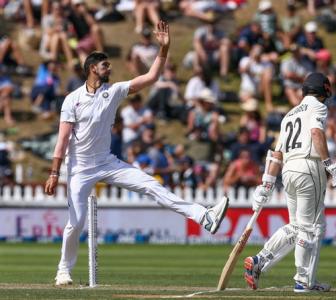 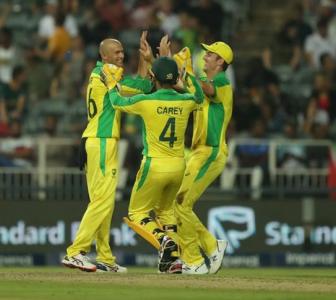 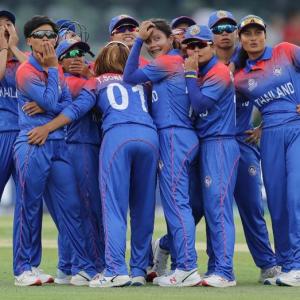