FIFA's Blatter planned for Russia and US to host World Cups 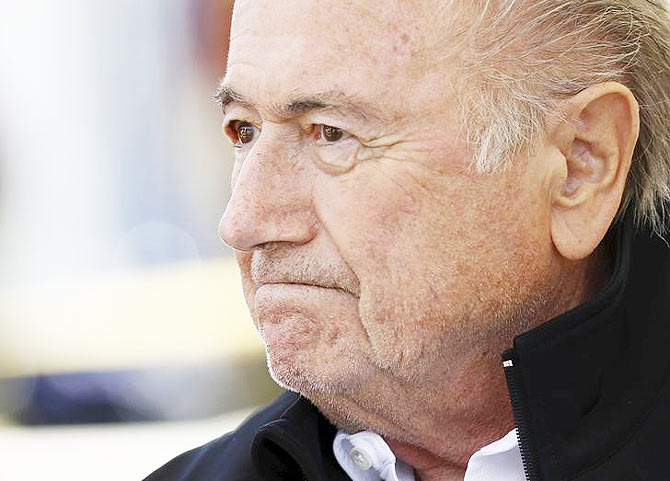 FIFA president Sepp Blatter planned for Russia and the United States to host the 2018 and 2022 World Cups and blamed UEFA president Michel Platini for Qatar's bid victory over the Americans, a spokesman for Blatter said on Wednesday.

But Blatter's wish for the two tournaments to go to "the two biggest political powers" was not a pre-arranged decision, Klaus Stoehlker told Reuters.

"It was not an agreement, this was his proposal and of course it (then) went to the vote at the (FIFA) executive committee," he said.

In an interview with Russian news agency TASS in which he took aim at Platini for playing a part in what he called attacks on him, Blatter portrayed the double World Cup vote, held in 2010, as the catalyst for crisis at global soccer's governing body.

It triggered the worst scandal in FIFA's history, with 14 soccer officials and sports marketing executives indicted by the U.S. Department of Justice in May for bribery, money laundering and wire fraud in an ongoing multi-million-dollar investigation.

Blatter and Platini are both serving 90-day suspensions imposed by FIFA's Ethics Committee which is looking into a 2 million Swiss franc ($2.03 million) payment Blatter made to Platini in 2011 - a case that is also part of a separate Swiss criminal investigation.

"We had a discussion of the World Cup and then we went to a double decision," Blatter told TASS.

"For the World Cups it was agreed that we go to Russia (for 2018)... and for 2022 we go back to America. And so we will have the World Cup in the two biggest political powers."

Blatter said a lunch between Platini, senior Qatari officials and then French president Nicolas Sarkozy led to a change of heart by the UEFA president.

"There was an election by secret ballot. Four votes from Europe went away from the USA... If the USA was given the World Cup, we would only speak about the wonderful World Cup 2018 in Russia and ...not about any problems," he told the Russian news agency.

Stoehlker said he spoke to Blatter following the interview and the Swiss stressed there had been no agreement before the vote of the FIFA executive committee, but rather that it was his personal wish was for Russia and the United States to be hosts.

"Then he was tricked by Platini who, under pressure from Sarkozy, switched his support to Qatar," said Stoehlker.

Platini has said he had a lunch with Sarkozy and Qatari officials but denied he was told by his country's president to vote for the Gulf state.

In the interview, Blatter said he was a "ball in a big political power game", adding Russia would never lose the 2018 tournament despite calls from some in Britain.

Blatter, who has been president of FIFA since 1998, said politics was behind attacks on him that followed the indictment of 14 soccer officials and sports marketing executives by U.S. prosecutors.

"At the beginning it was only a personal attack. It was Platini against me. He started it, but then it became politics," he said.

"And when it is in politics, it is not any longer Platini against me. It is then those who have lost the World Cup."

Denouncing England as "bad losers" after missing out in the 2018 vote, Blatter said Russia's preparations for the tournament were going well, praising President Vladimir Putin.

"I support him in all discussions, in all situations," he said.

Blatter, who said he regretted not standing down as he initially planned in 2014, argued there was "envy and jealousy" of FIFA's commercial success but rejected the suggestion that the current crisis at FIFA was a de facto American takeover.

Blatter said FIFA's Ethics Committee, whose decision over his suspension he is appealing, had bowed to media pressure to remove him. "Unfortunately, Platini was in the same boat," he said.

After 17 years in football's top job, Blatter said he hoped he would be cleared in time to lead FIFA's congress on Feb. 26, which will elect a new leader. "This is my dream," he said. 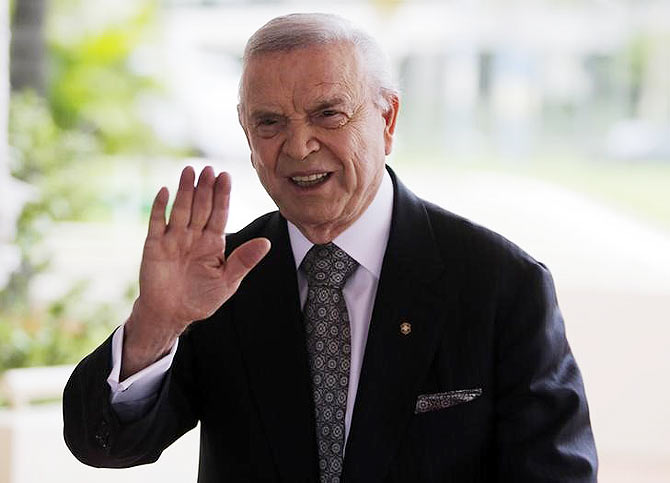 Jose Maria Marin, former president of the Brazilian Football Confederation, has agreed to be extradited to the United States to face corruption charges, the Swiss Federal Office of Justice said in a statement on Wednesday.

Marin was among seven officials from global soccer body FIFA who were arrested in May at their Zurich hotel after being indicted on the U.S. charges. Marin is accused of having taken bribes in connection with sports marketing rights and had until now fought his extradition.

It was not known whether Marin had agreed to cooperate with U.S. authorities or how soon he might appear in a U.S. court. Lawyers for Marin could not immediately be reached for comment. A spokeswoman for prosecutors in Brooklyn, New York, declined to comment.

Marin has maintained a house in New York, according to the U.S. indictment from May. It was unclear if he would be allowed to stay there while awaiting trial.

From 2012 to this year, Marin served as the head of Brazil's federation and also held positions in FIFA, including on the organizing committees for Olympic football tournaments and the World Cup, according to the indictment.

Marin was one a handful of high-ranking soccer officials whom the sports marketing firm Datisa agreed to pay $110 million in bribes in exchange for the media rights for regional soccer tournaments, U.S. authorities said. At least $40 million had been paid out by the time the charges were announced, they said.

The indictment also links Marin to a scheme to receive bribes for the commercial rights associated with the Copa do Brasil, a tournament for Brazil's top club teams.

During an April 2014 trip to Miami, according to the indictment, Marin was caught on tape discussing payments owed to him saying, "[I]t's about time to - to have it coming our way. True or not?"

A co-conspirator who was not identified in court documents, agreed: "Of course, of course, of course. That money had to be given to you." Several cooperating witnesses in the case were recording their conversations over the course of the investigation.

© Copyright 2020 Reuters Limited. All rights reserved. Republication or redistribution of Reuters content, including by framing or similar means, is expressly prohibited without the prior written consent of Reuters. Reuters shall not be liable for any errors or delays in the content, or for any actions taken in reliance thereon.
Related News: FIFA, Platini, Sepp Blatter, Jose Maria Marin, United States
SHARE THIS STORYCOMMENT
Print this article