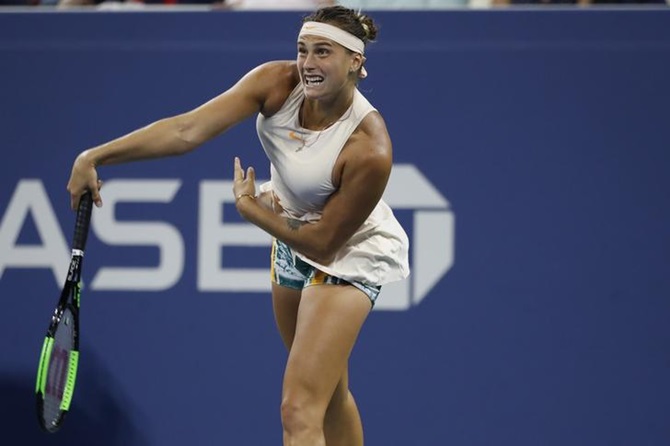 IMAGE: Aryna Sabalenka of Belarus serves against Petra Kvitova of the Czech Republic during their third round match on Saturday, Day 6 of the US Open. Photograph: Geoff Burke-USA TODAY Sport

Fifth seed Petra Kvitova became the latest big name in the women’s draw to crash out of the US Open when she lost to Aryna Sabalenka 7-5, 6-1 at the Louis Armstrong Stadium on Saturday.

The exit of the Czech, who reached last year’s quarter-finals, leaves only three of the top 10 women’s players in the running, with defending champion and world number three Sloane Stephens the highest ranked player left in the draw.

Kvitova beat Sabalenka in three sets at the Miami Open earlier this year but the often error-prone 20-year-old Belarusian showed she had tightened up her game considerably since that encounter.

Sabalenka made 15 unforced errors to Kvitova’s 35 and won 80 percent of her first serves as she wrapped up the victory in one hour and 25 minutes. She overpowered the twice Wimbledon champion from the back of the court too, winning 49 points from the baseline compared to Kvitova’s 27.

“I really like to play on the big stages,” Sabalenka said courtside. “I really like to feel the support of the people. I didn’t expect anything, I just went on the court and tried for every point and now I’m so happy.

The quartet’s exit follows that of top seed Simona Halep in the first round and second seed Caroline Wozniacki in round two.

There is still plenty of bite left in draw, however, with six-times champion Serena Williams firing on all cylinders and set to take on Halep’s vanquisher, unseeded Estonian Kaia Kanepi, in the last 16 on Sunday. 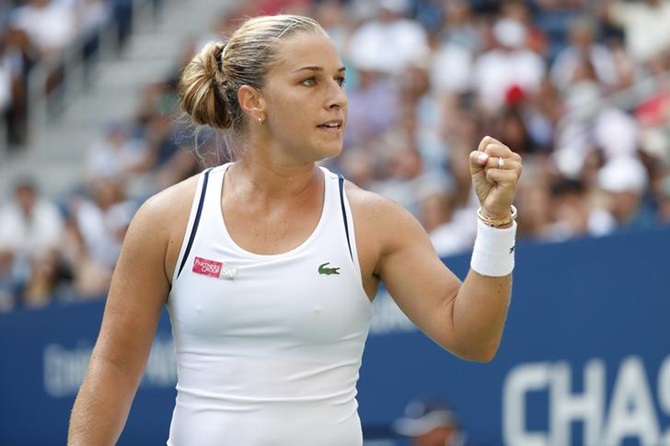 >Momentum shifted firmly in feisty Cibulkova’s favour in the third set when she broke to take a 4-2 lead and held for 5-2.

The Slovakian fell to the ground and let out a scream when Kerber sent a backhand wide to end a quality match between two of the game’s premier counter-punchers.

The speedy 5 foot 3 inch Cibulkova was strongest in the longer rallies, nimbly moving across the court to extend points during the two-hour 13 minute affair at Louis Armstrong Stadium.

The pair split sets in an evenly matched fight and began the third with routine holds but Cibulkova drew first blood by breaking Kerber’s serve to take a 3-1 lead.

An energised Kerber struck back to break in the next game and close the gap but the comeback was short-lived as Cibulkova broke again and comfortably held for the rest of the match.

“I had my chances, but I couldn’t take them, especially in the third set,” Kerber told reporters.

“She hit the balls really well and played the winners when she had to. I think that was the difference in the match today.”

Cibulkova said that after losing to Kerber twice this year, in June at the Eastborne International and in January at the Sydney International, she adjusted her approach to the match.

“We had to change something, and I think we had the great tactic with my coach, and I was able to do it,” Cibulkova told reporters. “Of course, I was aggressive going for my forehand, going for my shots. Just overall everything was working.”

Kerber, who won Wimbledon in July, was the latest favourite to be knocked out of the women’s singles at Flushing Meadows after top seed Simona Halep and second seed Caroline Wozniacki. 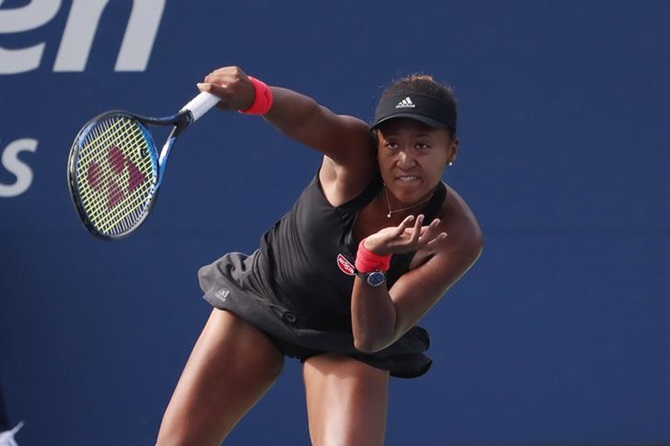 A ruthless Naomi Osaka crushed Aliaksandra Sasnovich 6-0, 6-0 to reach the fourth round for the first time.

The 20-year-old Indian Wells champion put on a near-flawless display as she fired four aces and 12 winners to dispatch the Belarusian in 50 blistering minutes.

Osaka committed just three unforced errors as she notched up her third successive straight sets win, dropping only seven games in total during her run to the second week of the hardcourt major.

The 20th seed will look to continue her winning ways when she plays either fifth seed Petra Kvitova or Aryna Sabalenka for a place in the quarter-finals. 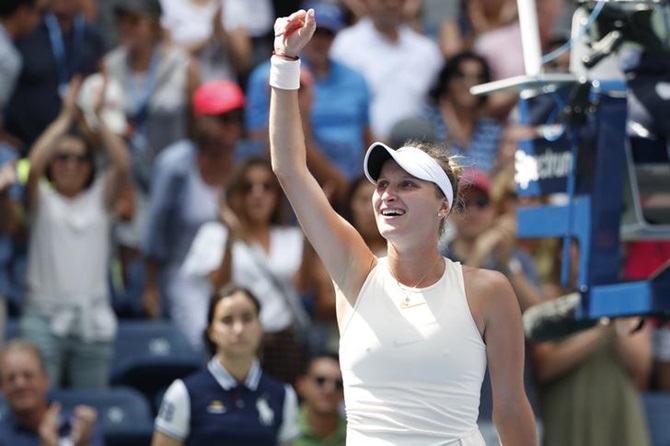 IMAGE: Marketa Vondrousova of the Czech Republic waves to the crowd after defeating Kiki Bertens of the Netherlands. Photograph: Geoff Burke-USA TODAY Sports

Bertens had been expected to win her ninth match in a row after capturing the Cincinnati Masters title two weeks ago, a run that included victories over the world’s top two players Caroline Wozniacki and Simona Halep, but the 103rd-ranked Vondrousova refused to get overawed by the occasion.

The left-handed Vondrousova broke Bertens four times and was dominant in the short rallies, winning 66 to Berten’s 44.

The 19-year-old ultimately trampled over Bertens in the third-set tiebreak as the Dutch self destructed by producing four successive unforced errors.

“It was so, so tough for me,” Vondrousova said after reaching the fourth round of a major for the first time. “I just stayed calm.”

Vondrousova was one of a record six Czech women to have reached the third round of this year’s US Open. 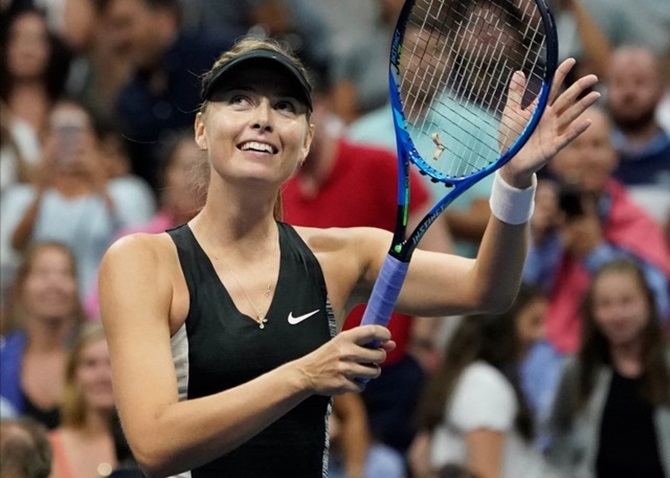 Maria Sharapova continued to enjoy working the US Open night shift with a 6-3, 6-2 humbling of 10th seeded Latvian Jelena Ostapenko, improving her record to 22-0 under the Arthur Ashe Stadium floodlights.

There is no denying Sharapova's love for the big stage or the New York crowd's love for her and the five-time Grand Slam champion admitted that she feeds off the buzz.

"It's the energy you get, no doubt I feed off this energy," said Sharapova, who used that inspiration to carry her to victory at the 2006 US Open.

"I don't remember how old I was when I played my first night match, but I'm sure I was young enough to still be intimidated by the city and the lights and the atmosphere, the noise.

"But I really turned that around. I think I thrive on that.

"I love the atmosphere. I love that they know how to cheer hard. I thrive on playing under the lights for some reason. I love that."

Even if the match was played at night there was no masking the poor quality of the opening set that featured four breaks of serve.

Ostapenko, who was the runaway leader in double faults at this year's final Grand Slam, had three alone in her opening service game but was not punished for her sloppiness with Sharapova unable to convert any of five break chances.

Eventually Sharapova would cash in on Ostapenko's generosity with the Latvian offering up 11 break opportunities and the Russian converting three - more than enough to take the first set.

The nightmare serving continued into the second set with four consecutive breaks before Sharapova finally managed a hold for 3-2.

Ostapenko, however, would not manage to hold her serve at any point in the set and Sharapova broke the 2017 French Open champion twice more to clinch the victory. 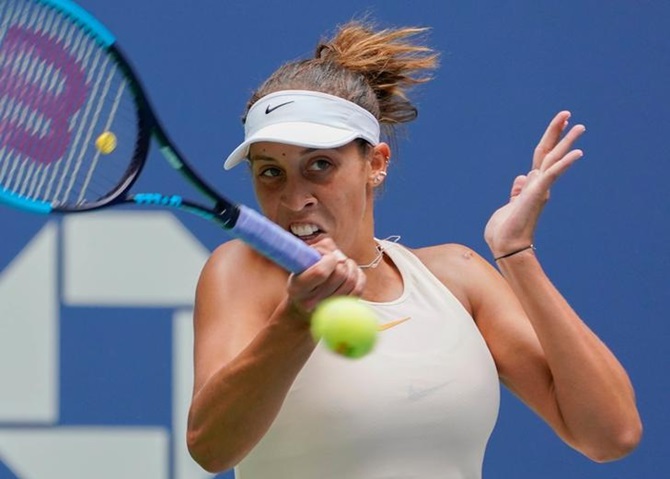 IMAGE: Madison Keys of the United States returns against Aleksandra Krunic of Serbia in their third round match. Photograph: Robert Deutsch-USA TODAY Sports

Hard-hitting American Madison Keys overcame a slow start to beat Aleksandra Krunic 4-6, 6-1, 6-2 in the third round and move a step closer to a return trip to the final.

Keys, who lost to compatriot Sloane Stephens in last year’s final, overpowered the defensive-minded Krunic as the Serb struggled to handle the 14th seed’s punishing groundstrokes and powerful serve on a sunny day at Arthur Ashe Stadium.

Krunic was the sharper of the pair at the outset, breaking Keys in the opening game and holding serve the rest of the way to capture the first set and put the partisan New York crowd on edge.

But Keys, 23, came out more aggressively in the second set, breaking Krunic in the second game and racing to a 3-0 lead that she would not relinquish as errors began to pile up for the 25-year-old.

The service games of both players deserted them in the third as the set started with five straight breaks that put Keys ahead 3-2.

The American finally held serve to take a 4-2 lead and hit her 43rd winner on match point to advance to a fourth-round meeting with 29th seed Dominika Cibulkova, who upset fourth seed Angelique Kerber in their third-round match.

© Copyright 2020 Reuters Limited. All rights reserved. Republication or redistribution of Reuters content, including by framing or similar means, is expressly prohibited without the prior written consent of Reuters. Reuters shall not be liable for any errors or delays in the content, or for any actions taken in reliance thereon.
Related News: Marketa Vondrousova, Kiki Bertens, Angelique Kerber, Dominika Cibulkova, Geoff
SHARE THIS STORYCOMMENT
Print this article 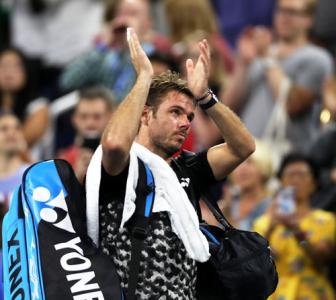 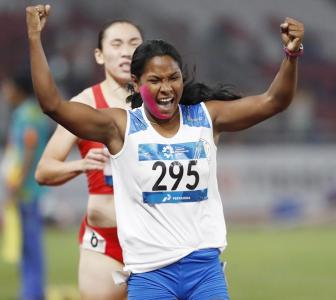 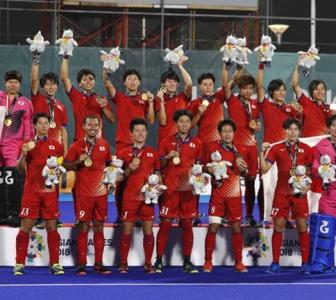 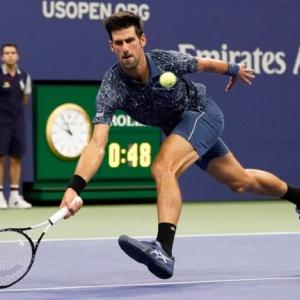 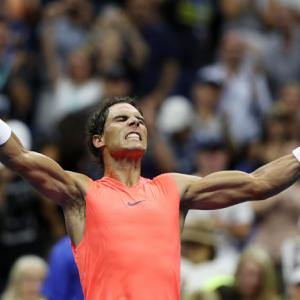