- Arsenal need to win their remaining games and hope for a combination of results to maintain their chances of reaching the last 16. 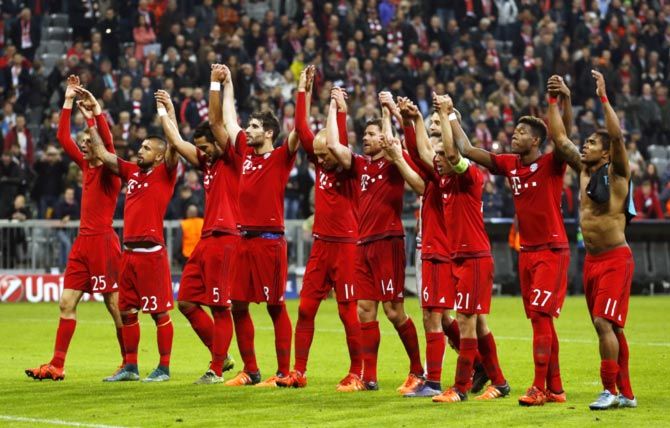 The Bavarians struck three times in the first half through Robert Lewandowski, Thomas Mueller and David Alaba to avenge their 2-0 loss in London last month -- their only defeat this season -- and underline their title aspirations. 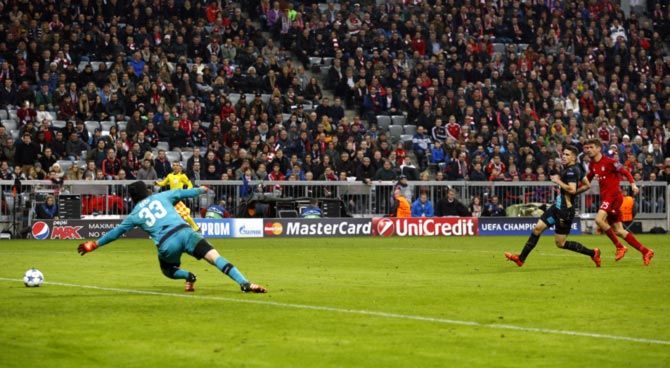 Arjen Robben, making his first appearance in the competition this season after a long injury break, added a fourth soon after coming on in the 55th minute and Mueller grabbed a late fifth. Bayern top the group on nine points.

"We did what we set out to do," Mueller told reporters. "It was a key game because had we not won we would have to do more work in the next games. Now we are on nine points."

"We went ahead 3-0 and we were focussed. In the second half we lost a bit of possession but that can happen if you are ahead 3-0 or 4-0." 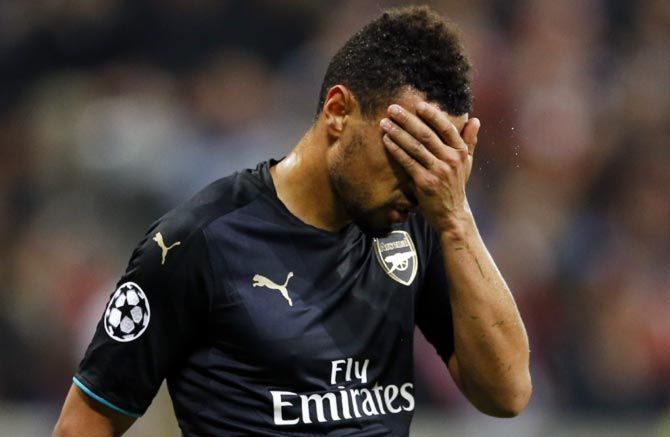 Injury-hit Arsenal, woeful at the back and toothless up front, pulled a goal back through Olivier Giroud but are bottom on three points after their third loss. Olympiakos are second in the group, also on nine following their 2-1 win over Dinamo Zagreb who are third on three.

Arsenal need to win their remaining games and hope for a combination of results to maintain their chances of reaching the last 16.

"Bayern dominated as usual but they scored an early goal and that hurt us," Arsenal captain Per Mertesacker said.

"We had less courage than in the home game. Bayern were effective over the wings, they won the one-on-ones and we could not play out our game. Overall it was not enough." 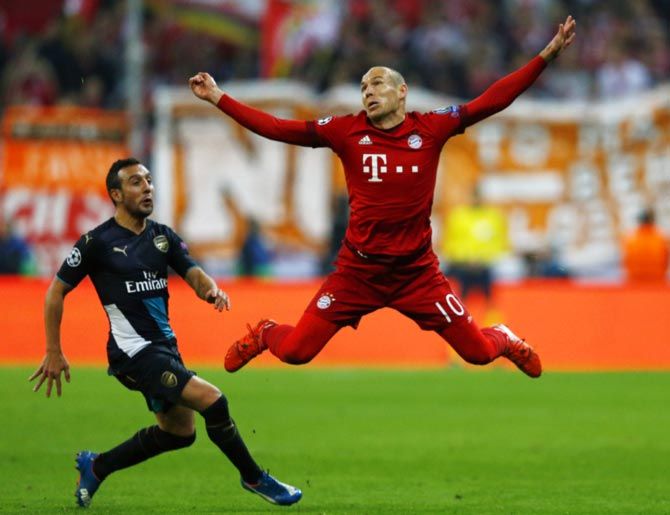 Lewandowski, who had never scored against keeper Petr Cech, headed the hosts into the lead with the Poland striker, top scorer in the Bundesliga, beating the off-side trap to score his fourth goal in the competition with a glancing header from a Thiago cross.

A minute later Arsenal's Mesut Ozil put the ball in the Bayern net but it was ruled for hand ball.

It did not take long for the hosts to score again as Mueller drilled in his third goal of the campaign on the half hour. Alaba's 20-metre effort gave the keeper no chance just before the break.

Coach Pep Guardiola brought on Robben early in the second half and the Dutchman delivered instantly, killing off the game 37 seconds later with his first touch from an Alaba cutback.

Giroud scored for Arsenal in the 70th with a fine first touch and flying volley for his seventh goal in his last seven games but Mueller completed Bayern's rout.

© Copyright 2021 Reuters Limited. All rights reserved. Republication or redistribution of Reuters content, including by framing or similar means, is expressly prohibited without the prior written consent of Reuters. Reuters shall not be liable for any errors or delays in the content, or for any actions taken in reliance thereon.
Related News: Bayern Munich, Arsenal, Thomas Mueller, IMAGE, John
COMMENT
Print this article