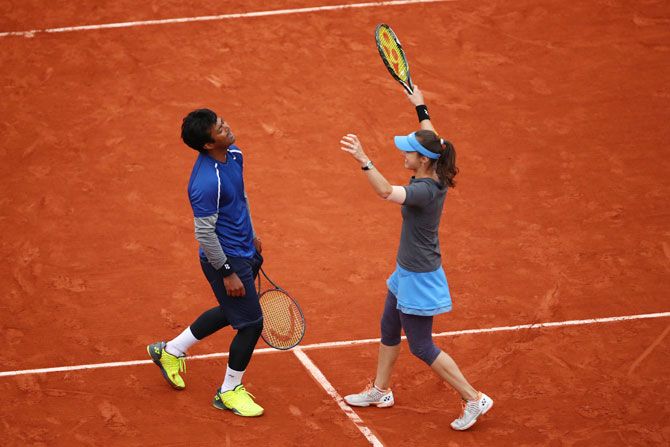 For 35-year-old Hingis, it was Grand Slam title number 22nd and her fifth trophy in mixed doubles.

Despite being the oldest player on court, Paes's alertness and presence of mind made the difference to the outcome of the match. He converted every little opportunity into points.

He put away volleys from ferocious returns of both Sania and Dodig and has staked a claim to be part of India's mixed doubles team at the upcoming Rio Olympics. 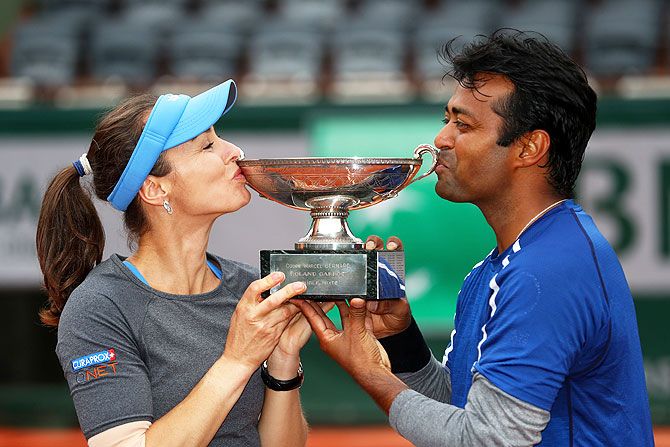 Dodig was excellent with his service games in the opening set and hardly lost points. His powerful returns combined with Sania's powerful game made it very tough for Paes and Sania.

The opening set was on serve till the ninth game. Paes was serving to stay in the set and was broken.

The chance for Sania-Dodig came when Hingis failed to put a ball back on court on Dodig’s return.

On the deciding point, Sania hit a forehand winner past Hingis to seal the set.

In the third game of the second set, Paes created a chance on Sania's serve. He pounced on a volley and hammered the ball hard beyond return. Sania and Dodig saved two break chances but the Croat buried the ball on the deciding point to hand the rivals an early break.

Hingis held her serve in the next to create a 3-1 cushion. In the sixth game, Paes double faulted at 30-15 and followed that with two backhand errors to drop his serve.

It was back on serve and released the pressure on Sania and Dodig. However, Hingis and Paes broke Sania immediately with Paes hitting a volley winner on Sania's return on the second breakpoint.

Hingis struggled with her first serve but managed to hold for team's 5-3 lead.

Dodig, who was serving extremely well, suddenly faced a breakpoint in the next game but absorbed the pressure and saved two set points, closing the game with an ace.

It was now Paes serving for the set and he served extremely well to take the set and force a match tie-breaker.

Paes and Sania lost a point each on their serves and the two pairs were locked 4-4 but the Indo-Swiss pair zoomed to 8-6 lead with Paes winning two hard-fought points.

But soon it was 8-all, Hingis then smashed a backhand cross court winner to earn first match point and they sealed it when Dodig's forehand met the net. 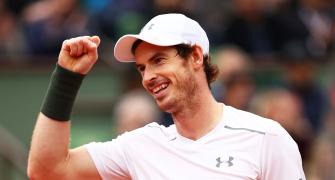 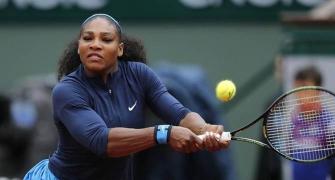 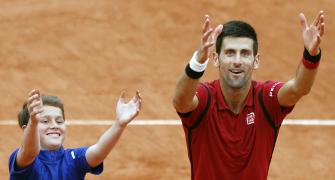 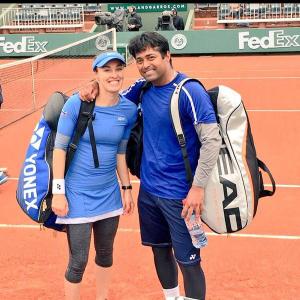 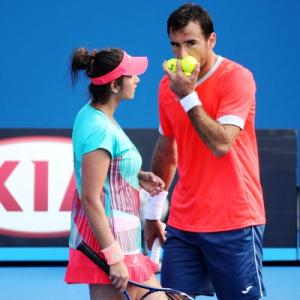