'He doesn't reflect the breadth of football in Germany and so it will be hard for German Turks, or indeed German Croats, to feel that the DFB is theirs'

'I'm glad it is over. He's been playing dirt for years' 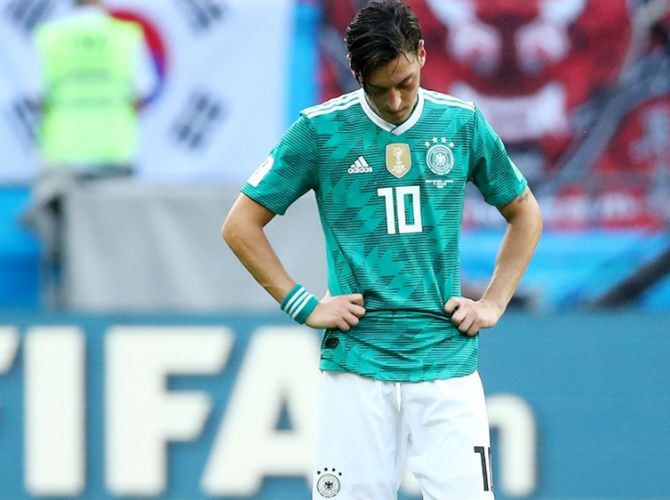 German soccer player Mesut Ozil's decision to quit the national team due to 'racism and disrespect' he faced over his Turkish roots threw a spotlight on Monday on the country's relations with its largest immigrant community.

The most prominent German politician of Turkish origin said it would be difficult for the head of the national soccer association to stay in the role, adding that Ozil's departure would only be welcomed by those who opposed diversity.

Ozil's announcement on social media late on Sunday lead national newspapers to clear their front pages for the midfielder, 29, a key member of Germany's World Cup-winning side in 2014 - and also of the side eliminated at the group stage of the 2018 tournament in Russia.

The player, who faced a barrage of criticism for having his photograph taken with Turkey's authoritarian President Tayyip Erdogan in May, was especially piqued by criticism from German Football Association (DFB) head Reinhard Grindel, who he said blamed him for Germany crashing out of this year's tournament.

Cem Ozdemir, the former head of the Greens party and the most prominent politician of Turkish background, said it would be difficult for Grindel to do his job in future given the diverse reality of Germany and its soccer team.

"It will be very hard for Grindel after this," he told Deutschlandfunk radio. "He doesn't reflect the breadth of football in Germany and so it will be hard for German Turks, or indeed German Croats, to feel that the DFB is theirs."

Former DFB President Theo Zwanziger was quoted in German media as saying the DFB had not done enough to solve conflicts ahead of the World Cup.

"Communication mistakes mean something happened that should never happen to migrants: They should never feel like second-class Germans," he said, adding: "Ozil's resignation is a major setback for integration efforts beyond football in our country."

A spokeswoman for Chancellor Angela Merkel said on Monday that that the majority of the roughly 3 million people with Turkish roots who live in Germany were well-integrated.

She also said people with migrant backgrounds were welcome in Germany and added that the German chancellor valued Ozil.

The row comes amid a political debate in Germany about an influx of 1.6 million migrants since mid-2014 that has seen a rise of the far right Alternative for Germany (AfD) party at the expense of traditional parties.

It also exposed differences of opinion over the country's large and well-established Turkish community.

Just as 2014's victorious German side was celebrated for its diversity, so too was France's World Cup-winning team in 2018 for having numerous key players with African ethnic roots.

But the mass-selling newspaper Bild accused Ozil of 'pure self-pity' and its editor highlighted his decision to post in English, accusing him of trying to maximise his audience.

Ozdemir said that even if Ozil had been naive, however, his departure would be "good news for Erdogan, for the AfD, all those who are against diversity."

Alice Weidel, leader of the AfD, wrote that: "The integration dream doesn't work even with football millionaires," describing Ozil's 'tirade' as a 'typical example of failed integration'.

In Turkey, however, politicians heaped praise on the player and lashed out at those who had abused him.

"We support from the heart the honourable stance which our brother Mesut Ozil has displayed," Turkish Sports Minister Mehmet Kasapoglu wrote on Twitter on Sunday night.

"What Mesut Özil went through and how he was treated is unforgivable. There is NO excuse for racism and discrimination," Gulnur Aybet, a senior adviser to President Tayyip Erdogan wrote on her Twitter account.

"An extremely accomplished footballer provides a perfectly reasonable explanation for meeting with President Erdogan. But imagine the pressure under which he felt compelled to make this statement. What a pity for those who claim to be tolerant and multiculturalist!"

Thousands took to Twitter to support Ozil and lay scorn at the abuse Muslim and African players are subjected to in Europe, with the hashtag #IStandWithOzil becoming a trending topic worldwide. 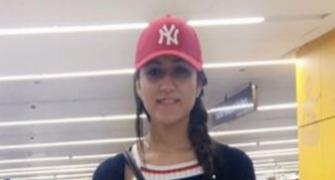 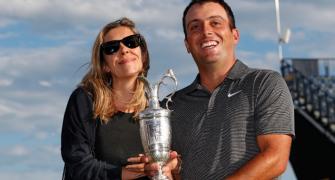 Who needs Ferrari? Italy has Molinari 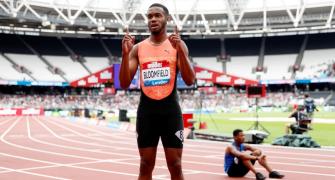 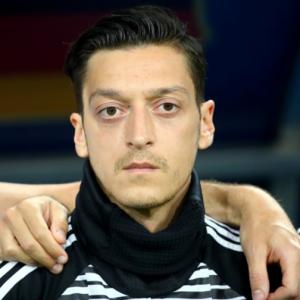 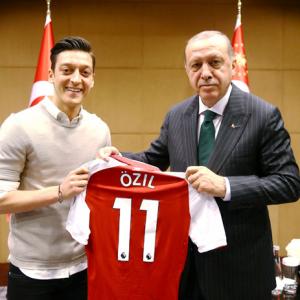