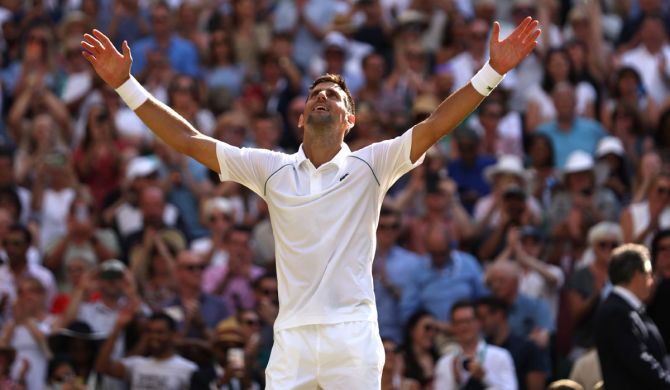 Following is reaction to Novak Djokovic winning his 21st Grand Slam title at Wimbledon on Sunday. The Serb defeated Australia's Nick Kyrgios 4-6 6-3 6-4 7-6(3) in the final.

"He's a bit of God, I'm not gonna lie. I thought I played well. It's been an amazing couple of weeks for me. Really happy with this result, probably the best of my career and hopefully maybe one day I'll be here again, but I don't know about that."

"Congratulations on winning your 7th Wimbledon Novak Djokovic, that was a controlled and masterful performance. Bad luck Nick, you have so much talent, I hope to see you in another Slam final soon."

"Congratulations to @DjokerNole on winning his 21st major title and his 7th at #Wimbledon."

"Look at the lack of injuries Djokovic has had -- I really believe he has the hunger and motivation to keep coming back and competing.

"Think about the special relationship Novak had with Marian Vajda and now Goran (Ivanisevic) to be the lead coach. With his experience I think they understand each other's personalities really well and it gets the best out of Djokovic."

"He's a great champion. They say maybe (it) took him a long time (to win a Grand Slam again), but didn't take a long time. Took him (the) exact time that he needed to recover and to digest all the things what happened to him."

"He really is the supreme alchemist. Turning the battlefield into a sanctuary and doubt into courage. Congratulations legend @DjokerNole."

"Congratulations to the brilliant @DjokerNole who finally wins a court battle against an Australian."

"4️ straight Wimbledons in a row is no mean feat. @DjokerNole's composure, focus and consistency has been the hallmark of his game over the years.

"Lovely to see Novak appreciating @NickKyrgios & the staff at #Wimbledon after this win."

"Keeps raising the bar!! What a champ. Congrats man @DjokerNole." 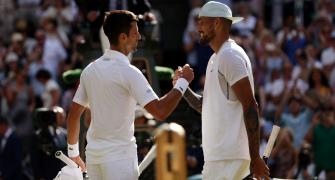 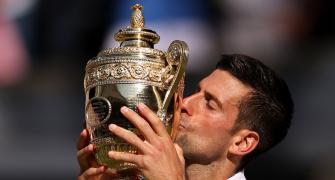 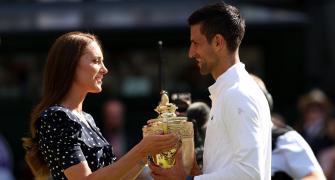 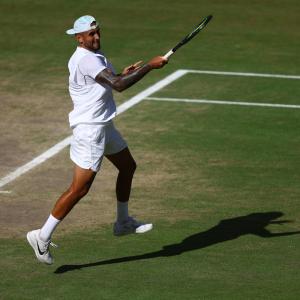 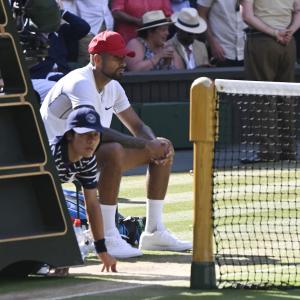