NDA did not appoint Kalmadi: Javadekar

Bhartiya Janata Party spokesman, Prakash Javadekar, has accused Minister of State for Sports and Youth Affairs Ajay Maken, for distorting facts in the Lok Sabha on Tuesday by stating that the UPA government had nothing to do with the appointment of Suresh Kalmadi as head of the Commonwealth Games and blaming the NDA government, headed by Atal Bihari Vajpayee, for agreeing to appoint him to the post.

"Congress is trying to defend the indefensible," Javadekar told Rediff.com on Wednesday morning.

"It is wrong to suggest that the NDA government appointed Kalmadi. The truth is exposed by the letter written by late Sunil Dutt, as Minister of Sports where he protested the appointment of Kalmadi as head of the Commonwealth Games Organising Committee. The letter by Dutt saahab is part of the CAG report," he said.

Javadekar wanted to know what prevented Prime Minister Dr Manmohan Singh from removing Kalmadi as the head of the Organising Committee after the former inspected some of the stadiums and visited the CWG village.

"They cannot blame us for their own faults. The Prime Minister has a lot to explain. After Shungloo committee held Shiela Dikshit government responsible for causing huge monetary losses, the CBI should also investigate this aspect as well in the CWG scam," Javedekar said. 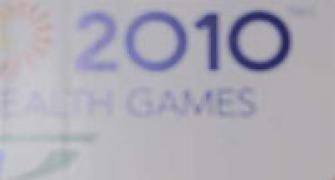 CWG Scam: Kalmadi may be questioned on Wednesday

Probe into special treatment to Kalmadi in Tihar