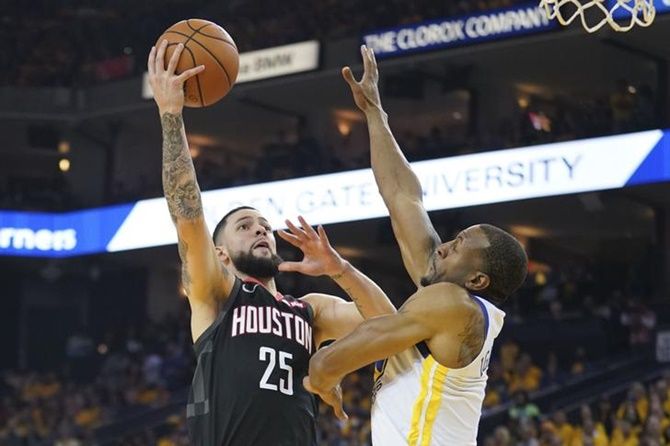 The National Basketball Association, which has built a huge following and burgeoning business in China, said in a statement it regretted the remarks by Houston Rockets General Manager Daryl Morey. A Chinese-language version seemed to go further, with the league saying it was "extremely disappointed" in Morey's "inappropriate" remarks.

That prompted a torrent of criticism in US political circles, with several Republican senators excoriating the league for what they saw as a willingness to allow China to censor free speech and trample other American values for the sake of profit.

"The NBA wants money, and the Communist Party of China is asking them to deny the most basic of human rights," Senator Ben Sasse of Nebraska said in a statement. "In response, the NBA issued a statement saying money is the most important thing."

Senator Ted Cruz of Texas, a self-described lifelong Rockets fan, wrote in a tweet on Sunday that he had been proud to see Morey "call out the Chinese Communist Party's repressive treatment of protesters in Hong Kong."

Other legislators accused the NBA, no stranger to US politics, of a double standard when it comes to China.

NBA stars and some coaches have been outspoken in their criticism of US President Donald Trump, and NBA Commissioner Adam Silver has urged players to speak out on issues of concern, including alleged police brutality and gun violence.

Police in Hong Kong have used rubber bullets, tear gas and water cannons against pro-democracy demonstrators in the former British colony, which has been plunged into its worst political crisis in decades.

The Rockets' Morey, who was named NBA executive of the year in 2018, tweeted his support for the protests over the weekend. His initial tweet, which he swiftly deleted, included an image captioned: "Fight For Freedom. Stand With Hong Kong."

"I did not intend my tweet to cause any offence to Rockets fans and friends of mine in China," he tweeted.

"I was merely voicing one thought, based on one interpretation, of one complicated event," he said, adding that he had since heard and considered other perspectives and noting that his tweets did not represent the Rockets or the NBA.

Morey's support for the democracy protests, now in a fourth month, angered Beijing, Chinese fans and the team's partners in a key market. Some 300 million people play the game in China, NBA Deputy Commissioner Mark Tatum told Reuters this month.

NBA China, which conducts the league's business in the country, was launched in 2008. It is now worth more than $4 billion, according to Forbes.

Some Chinese fans called for a boycott of the Rockets, who are widely followed in China, partly because they drafted Chinese player Yao Ming in 2002. Yao became a star and helped build the NBA's following there.

"I watched the Rockets for 21 years, but I'm still a Chinese person first and foremost," one social media user said.

The Chinese Basketball Association, chaired by Yao, said it was suspending "exchanges and cooperation" with the team.

CCTV said Morey's apology did not go far enough. Hu Xijin, the editor of the state-controlled Global Times newspaper, tweeted on Monday: "If the Rockets want to keep its Chinese market, the team need to avoid offending Chinese public."

The NBA sought to contain the damage, saying in its statement that it recognised that Morey's views had "deeply offended many of our friends and fans in China, which is regrettable."

"We are extremely disappointed in the inappropriate remarks made by Houston Rockets General Manager Daryl Morey," the league said in the Chinese-language version of its statement.

The NBA added, "we have great respect for the history and culture of China and hope that sports and the NBA can be used as a unifying force to bridge cultural divides and bring people together".

The controversy over Morey's initial tweet and the NBA's handling of it arrived at a particularly delicate time in US-China relations, which have soured as a result of the tit-for-tat tariffs imposed by the two sides on each other's imports.

U.S. and Chinese deputy trade negotiators launched a new round of talks in Washington on Monday, with neither side showing signs of giving ground. The two days of negotiations are to be followed by the first minister-level trade talks in more than two months.

The NBA is also the latest example of a major brand caught in controversy over the Hong Kong protests.

Many Western fashion brands, including Spain's Zara <ITX.MC>, have been forced to clarify positions on Chinese sovereignty as the protests fuel nationalist fervour.

© Copyright 2022 Reuters Limited. All rights reserved. Republication or redistribution of Reuters content, including by framing or similar means, is expressly prohibited without the prior written consent of Reuters. Reuters shall not be liable for any errors or delays in the content, or for any actions taken in reliance thereon.
Related News: National Basketball Association, NBA China, Daryl Morey, Communist Party of China, Hong Kong
COMMENT
Print this article 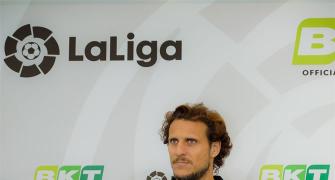 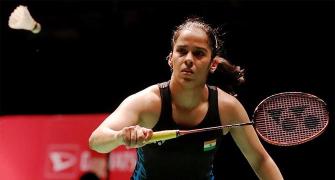 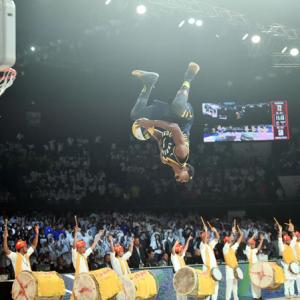