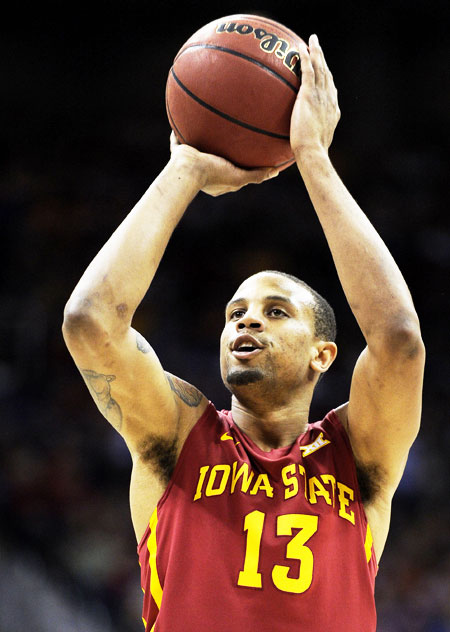 Dejean-Jones, a 23-year-old shooting guard with the National Basketball Association team, kicked in the front door of an apartment, police said in a statement. The noise woke up the resident in his bedroom, they said, and Dejean-Jones failed to respond when the man called out.

When Dejean-Jones kicked the bedroom door, the man shot him with a handgun, the statement said.

Dejean-Jones collapsed in the apartment's breezeway and died at a hospital. The shooting is under investigation, police said.

Dejean-Jones was "believed to be breaking into the apartment of an estranged acquaintance" but entered the wrong one, the apartment complex manager said in an email to residents obtained by Dallas NBC television station KXAS.

Sources told ESPN that Dejean-Jones was in Dallas to celebrate his daughter's birthday and got into an argument with the child's mother before the shooting.

His agent, Scott Nichols, told ESPN that Dejean-Jones died from a gunshot wound to his abdomen.

A 6-foot-6-inch (1.98-meter) guard from IowaStateUniversity, Dejean-Jones had averaged 5.6 points and 3.4 rebounds in 14 games with the Pelicans.

He made his NBA debut in January. Dejean-Jones, a native of Los Angeles, had signed a multi-year contract with the New Orleans club in February.

"We are devastated at the loss of this young man's life who had such a promising future ahead of him. Our thoughts and prayers are with Bryce's family during this difficult time,” the team said in a statement.

© Copyright 2020 Reuters Limited. All rights reserved. Republication or redistribution of Reuters content, including by framing or similar means, is expressly prohibited without the prior written consent of Reuters. Reuters shall not be liable for any errors or delays in the content, or for any actions taken in reliance thereon.
Related News: Bryce Dejean-Jones, ESPN, Dallas ABC, NBA, Rookie New Orleans Pelicans
SHARE THIS STORYCOMMENT
Print this article