The day at the Veer Budhu Bhagat Aquatic Stadium in Mega Sports Complex belonged to 27-year-old Delhi girl Richa, who bagged two more gold from as many events to make it four in her kitty.

Competing in all the 17 individual events, Richa had a confident start in the day when she led all the way to clinch the 800m freestyle with a record timing of 09.24:45s, thus shattering the previous Games record, held by Surabhi Tipre (09.25:30s).

The Delhi girl was challenged by Poorva but maintained her lead in both the laps for her fourth gold.

Promising Karnataka youngster Gagan stunned national record holder Mandar Divase with a superlative performance in the first event of the day when the 19-year-old showed tremendous grit and determination to claim the 1500m freestyle gold with a record timing.

Himanshu Tiwari of Uttar Pradesh won high board diving with 260.85 points while Keshav Shinde of Maharashtra (252.45) and Services' Kartik Shaw (235.90) settled for silver and bronze respectively.

The Karnataka quartet of Ashwin Menon, Aditya Roshan, Arjun JP and Rohit Havaldar set the fourth record of the day when they clocked 04.02:21 en route to gold in 4x100m medley relay. 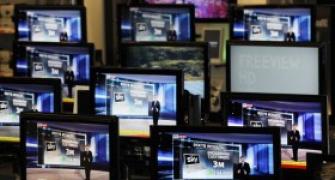 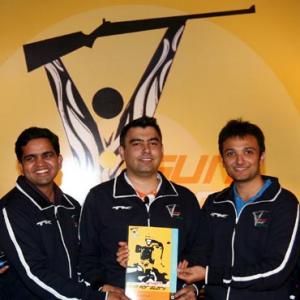